Ant Clemons Is a Testament to Hard Work

The former Red Lobster employee stuck to his aspirations of becoming a sought-after songwriter and artist, and now his persistence has paid off. 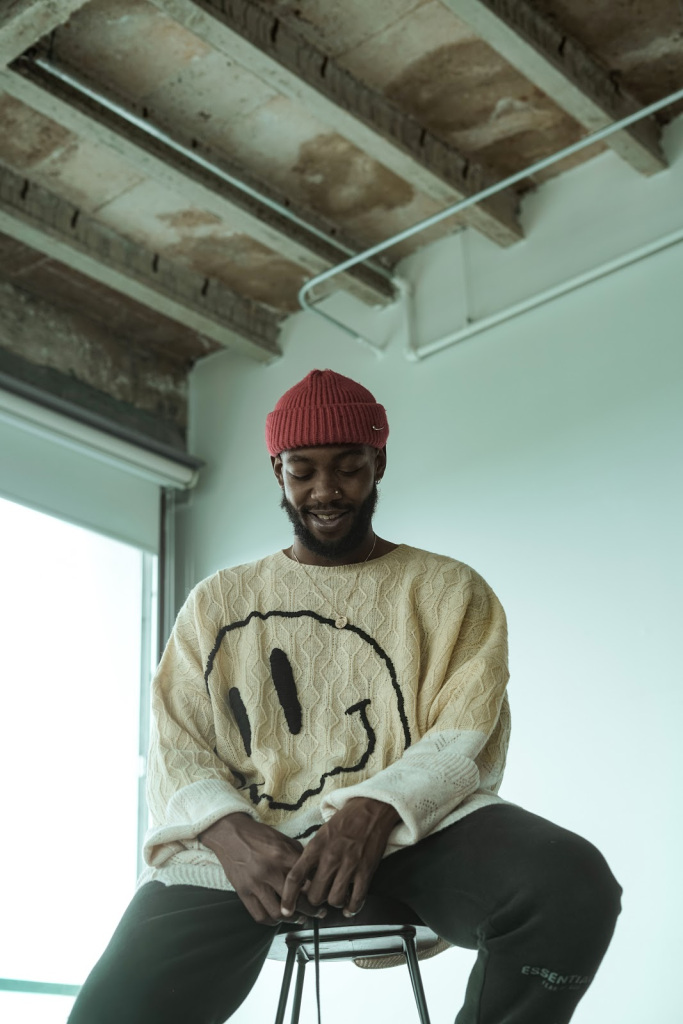 For ambitious artists angling for a permanent position in the music industry, a day job is often a stepping stone away from their big break.

For Ant Clemons, his once steady job at Red Lobster in Philadelphia has led him to a 2021 Best R&B Album nomination for last year’s Happy 2 Be Here. It’s part of what makes his Grammy moment so rewarding.

“I’m just honored that my art is considered for this amazing accomplishment. [It’s] surreal for me,” Clemons tells Rated R&B over a phone call.

“I was working at Red Lobster four years ago. So, to think that the thing I was doing on my off time is even in the same category as Luke James, who I got my first placement, or with Givēon, who I’m a huge fan of, I’m very happy and grateful.”

Clemons has frequently used social media as an outlet to announce his gratefulness about his nomination and further progress made in his sprouting career. Through many of his posts, it’s clear that Clemons realizes his success stories are not of his own but those of his heavenly Father.

“I don’t feel comfortable receiving praise for something that I don’t have full responsibility for. The Lord gave me everything that I have and everything I’ve ever wanted and more, and he’s the only one that deserves all the praise.

I love talking about the accomplishments because they are a testament to hard work and diligence, but that magical thing that people are chasing, I’m not afraid to say, is my love for Jesus Christ. I believe that God is the reason that every single thing in my life has happened. So I have to give glory to God, every chance I get because I believe that’s what I was sent here to do.”

In discovering his passion for music, Clemons admired countless artists, from Stevie Wonder, Marvin Gaye, G-Unit, JAY-Z, and of course, Michael Jackson. His fixation for the liveliness of rugged hip-hop sounds and its aggressive yet poetic storytelling is likely why his first major success came from his vocal and songwriting synergy on Kanye West’s 2018 smash hit “All Mine.”

It’s also the reason he references this turning point in his life on his new song “June 1st,” from the anniversary edition of Happy 2 Be Here, out now.

The song’s title is reflective of the day when he got the call that he was going to be a part of West’s Ye album. It also signifies another defining moment for Clemons.

“It signified for me never having to go back to sleeping on a floor again,” says Clemons. “I just saw how great God was because prior to that date, I was in a horrible publishing deal. By the Grace of God, I was released from that deal on May 31st.

So for the biggest record that I ever was a part of to drop the very next day, and I’m the featured artist on the song, it was like God’s mission was always in place, regardless of what I was doing, his plan for me was always going to override.”

While Clemons could have let the unfortunate publishing situation cause him to be jaded by the music industry, he didn’t. He used it as a great lesson to learn about being more involved in his business.

“I could say after June 1st, I made my best effort not to move intentionally ignorant or blindly ignorant,” he says confidently.

“I was seeking all the information I could know about the business that I was a part of when it came to publishing, masters, [and] the things that I believe matter to the ones that stay around in the game for a long time. It’s [also] helped me shift my perspective when I look at any experience that hasn’t been the most pleasant as just growth [and] as a lesson learned.”

Much of Clemons’ recent maturation as an artist comes from sharing creative spaces with legendary musicians as Timbaland and Pharrell. Both are featured on Happy 2 Be Here. He calls Timbaland “one of the most fun people to be in the studio with” and considers him “like an uncle.”

In doting about Pharrell, Clemons says the Grammy-winning maverick is “everything you can imagine Pharrell being in the studio and more.”

“I learned so many things from just my time with Pharrell — not just music things, but how to deal with the industry that’s constantly changing. He has an optimistic view of life and chooses not to allow certain things to get to him,” says Clemons.

Almost always, studio sessions with various creatives have a way of influencing still-green artists. Clemons, though, can’t put his finger on just one studio experience that has molded his forward-thinking as an artist. He’s honestly just happy to be in the company of greatness like H.E.R., Justin Timberlake, and most recently, Hitmaka.

In talking about Timberlake, who appeared on Clemons’s first lead Billboard charting single “Better Days,” the New Jersey native is grateful for the bond the song created between them.

“I was an *NSYNC fan my entire life. To meet Justin Timberlake and him be like a real big brother that texts me once a week, it’s like you can’t tell me that my God isn’t real.”

Clemons is indebted to the early performance of “Better Days,” not because it entered the Billboard Hot 100, but because it confirmed his demand as an artist.

“It just shows that I’m ready to keep providing more music for people to digest,” he notes. “I’m really excited to tell different stories and to have a platform where people are actually interested in what I have to say, [which is] such a surreal thing.”

Clemons’ audience isn’t just listening to his voice on his songs these days; they’re also listening to his words through other artists. Case in point: H.E.R.’s first urban radio number-one song “Damage,” which he co-wrote. He recalls the session as “a labor of love.”

“It was such a fun session, bouncing ideas off of each other, trying to make sure that we told the story the right way. I’m just honored to be a part of that phenomenal song,” he says.

He also co-wrote H.E.R.’s “Comfortable,” a romantic song penned for The Photograph soundtrack. He remembers he and the elusive musician came up with the song’s lyrics in 15 minutes.

Whereas when he worked alongside Yeezy, he was introduced to creating records within a camp of other bright stars.

It’s an experience that he’s appreciative of now because he’s open to teaming up with other passionate talents in that artistic setting. Some of those records include Teyana Taylor’s “No Manners” and “Hurry” featuring West.

Whether Clemons is writing music for his mysterious next project — which he was tight-lipped about, but signals is on the way — or for other artists, he’s keeping transparency and conviction at the forefront of the coming records.

“Songwriting is literally looking in the mirror almost every day,” he declares. “You’re a different you when you wake up every day. Whether it’s me telling my story or someone else’s story, I love creating. I try not to allow myself to get distracted from the fun part of creating.”

While life has recently gotten crazy for Clemons, he stays grounded by remembering that “through Christ, anything is possible.”

His advice to anyone tirelessly punching the clock at a temporary job to get closer to their dreams are words to live by: “Don’t get trapped in looking at today as forever. Look at today for today and plan for tomorrow.”