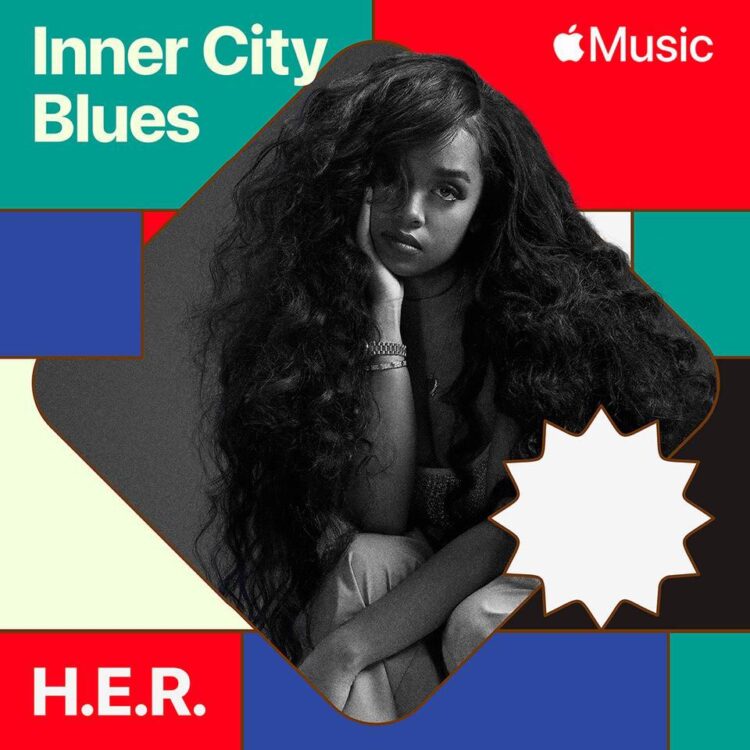 H.E.R. has partnered with Apple Music to celebrate Juneteenth 2021. The Grammy and Oscar-winning superstar takes on Marvin Gaye’s “Inner City Blues (Make Me Wanna Holler)” from his 1972 masterpiece What’s Going On.

“The simple hook of ‘Make me wanna holler, the way they do my life’—as if my life is of lesser value than someone’s else’s. I just thought there was so much power in that message and that it applies to now. It’s one of those songs that we play and still relate to today,” H.E.R. explained.

Other Black artists a part of the holiday compilation, which is available now, are Kirk Franklin, Hit-Boy, Black Thought, Kane Brown, Saba, and many more.

H.E.R. has remained consistent in the last few days and weeks, with new music and appearances. She recently lent her voice (“Change”) to the upcoming Netflix animated musical series, We The People, executive produced by former President Barack Obama and former First Lady Michelle Obama.

On June 17, H.E.R. will participate in Amazon’s Prime Day Show, saluting the historical Dunbar Hotel with a 25-minute concert.

Last month, the singer-songwriter picked up a platinum award for “Damage.” A month prior, she shared a music video for “Come Through,” featuring Chris Brown. Both songs are set to appear on her hotly anticipated debut album Back of My Mind, out later this year on MBK Entertainment/RCA Records.

Take a listen to H.E.R.’s remake of “Inner City Blues (Make Me Wanna Holler),” exclusively through Apple Music, below.