Chris Brown is gearing up to launch his new era of music. To celebrate the new year, the Grammy-winning singer announced that his new single “iFFY” will release on January 14.

Brown shared a cinematic trailer for what appears to be the official music video. “BREEZY SEASON COMING! 2022 🎥 NEW ERA UNLOCKED. PRESAVE LINK IN BIO,” he wrote.

“iFFY” is expected to be the lead single from Brown’s highly anticipated album, Breezy. The album will follow his 2019 LP, Indigo, which included his hit single “No Guidance” featuring Drake. The song was nominated for Best R&B Song at the 62nd Grammy Awards.

Although it’s been nearly three years since Brown’s last album release, he has kept fans tide over with his 2020 joint project with Young Thug, Slime & B, as well as features.

He also gained more than 25 RIAA certifications in 2021, including gold and platinum awards. 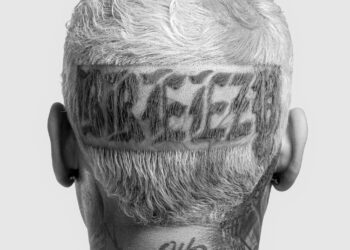