Beyoncé’s new single “Break My Soul” debuts at No. 15 on the Billboard Hot 100 chart during the week of June 27, after just three days of tracking.

It marks Beyoncé’s sixth-highest debut on this chart as a solo artist and seventh overall, followed by “Walk On Water” with Eminem. That collaboration, taken from his Revival album, opened at No. 14 in December 2017.

“Break My Soul,” co-produced by The-Dream and Tricky Stewart, also debut at No. 1 on Billboard’s Digital Sales chart. It’s her fifth song to debut atop this list, followed by 2020’s “Black Parade.” She first accomplished this feat in April 2007 with “Beautiful Liar,” a duet with Shakira.

“Break My Soul” is the lead single from Beyoncé’s upcoming seventh album, Renaissance, due out July 29 via Parkwood Entertainment/Columbia Records. The 16-track set follows Beyoncé’s last solo album, Lemonade, which debuted at No. 1 on the Billboard 200 in May 2016.

In between Renaissance and Lemonade, Beyoncé issued other projects, including Everything Is Love, a joint album with her husband Jay Z, under the moniker The Carters. She also released Homecoming: The Live Album and The Lion King: The Gift in 2019.

Earlier this year, Beyoncé scored nominations for Best Original Song for “Be Alive” at the 79th Golden Globes and the 94th Oscars. The song is lifted from the award-winning film King Richard and its soundtrack. 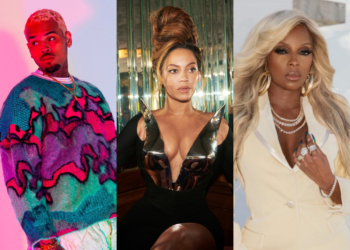 The nominations for the 2023 iHeartMusic Awards have been announced. Beyoncé has five nominations, including Artist of the year. Beyoncé's...