Lloyd Is Living His ‘Tru’ Life

When Lloyd released his debut single “Southside” featuring Ashanti in 2004, he was only 18-years-old. The barely legal singer was trying to convince his girl to keep dating him — even though her father didn’t approve his street image. “Tell ya daddy stop his hating / Cause I be wearing braids and rocking jerseys daily / But that don’t mean I’m thugging though,” he sang on the smooth track.

One takeaway from “Southside” is Lloyd didn’t care about people who judged him. He knew that he wasn’t what people — particularly his love interest’s father — tried to portray him to be. The song became an instant hit, peaking at No. 24 on the Billboard Hot 100. People could relate to what the young singer was talking about.

From 2004 to 2011, Lloyd remained active in the spotlight. His resume included four studio albums with that contained hit after hit — the Lil Wayne-assisted “You,” “Get It Shawty,” “Girls Around The World” and “Dedication to My Ex (Miss That),” to name a few. He was an R&B sensation.

Although he had a successful run during those seven years, there was something missing within. After releasing his album King of Hearts in 2011, Lloyd took a hiatus from music to focus on himself. “I did a lot of soul-searching,” he tells Rated R&B over the phone. “I spent a lot of time alone. I spent a lot of time with family — and I actually became a father.”

It wasn’t until 2016 that Lloyd reemerged from his music sabbatical and shared new music. With a new outlook on life, he released “Tru,” an unfiltered and emotional song that summed up how his life changed over the years. While “Tru” is a lot more vulnerable and personal than “Southside,” it parallels Lloyd’s same feeling of wanting to be accepted. “This is me, so please accept me for who I am / And please accept me for what I do / I’m just doing everything that I can / Cause all I wanna be is true,” he sings.

Lloyd’s transparency and vulnerability on “Tru” were embraced by his fans. The song became another hit for the now 32-year-old-singer. The music video garnered 80 million views on YouTube and the song itself racked in 40 million streams on Spotify. It also was certified platinum by the Recording Industry Association of America.

On August 31, Lloyd releases his first album in seven years, Tru. The highly personal and introspective project is an extension to his 2016 EP of the same title.

Rated R&B caught up with Lloyd to talk about his new album, his decision to pose nude for the album cover, his soul-searching journey and more.

On your song “Tru,” you open up about a lot of things you’ve experienced over the last few years, which is something you haven’t really done before. When did you know it was time for you to be transparent about your personal life?

I think it was during a meeting with my brother for depression — kind of like [an intervention]. We all just expressed ourselves and it was at that point that I realized that some of the people closest to me were battling with themselves a lot. It caused me to look at my own reflections and, in doing that, I thought what better time to be transparent than now. I think sometimes it’s easier to hide behind a filter so much now because people are afraid to be judged or misunderstood. I think a lot of people are hated or have hate in their hearts because of the same thing.

I also kind of looked at my record collection that I have at home and it has Bill Withers, Marvin Gaye and Nina Simone and a lot of people who at some point who because expressive of the times they were living in. I think that they were able to capture these elements of human experience that are very vital to just living every day. Every day is not the most beautiful and every day is also really not the worse day that you feel it may be. Maybe if I had the opportunity to still record, if I still had the voice, if I still had the audience, I wanted to take them to a place of truth in my song. The best way I knew to do that was to talk about myself.

With “Tru” going platinum and gaining over 80 million views on YouTube, did you ever expect such a personal record — that didn’t conform to a trendy sound — to become such a big hit?

As far as mass appeal, I wouldn’t say so much but I did hope that the people it did resonate with would have a deeper connection than any of my former music. To know that it’s platinum now and the most successful video that I ever released, I think it’s really validation for me to continue to move in this direction. I also believe that maybe in some way it can inspire a wave of artistry that includes truth and flaw.

Tru (the album) was originally titled Out My Window. What sparked the title change and how did it impact the creative direction?

It was for a few reasons. One reason was because Out My Window wasn’t ready yet and because I think that Out My Window is a bit less than anything else that I’ve released, so I would like to work my way into that. I think the ideas I have weren’t fully developed and that was a sign that I wasn’t ready to release that project. But, I do have a lot of that album completed and I look forward to one day getting there. I also felt like I had a lot of great music that needed to be released. I just needed to let go of it. That’s how I came to extending the Tru LP. 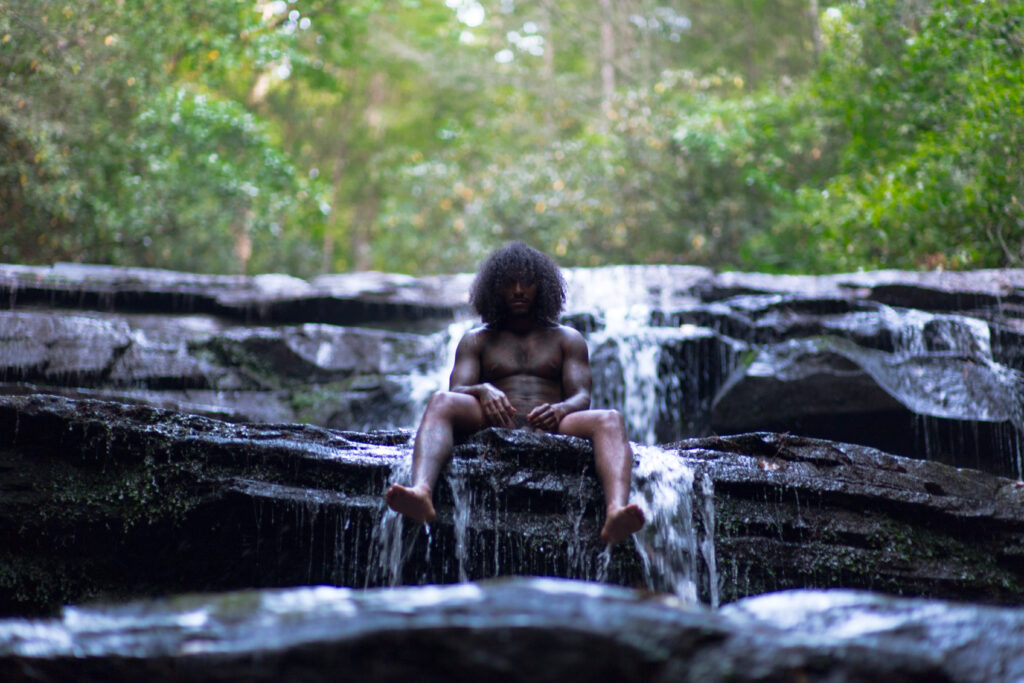 You said on Instagram that this is your most “personal and introspective music” you’ve created in your whole life. How much soul-searching, if any, did you have to do leading up to the creation of this album?

I don’t even know how to put it in words. It really became a true lifestyle experience for me. It started off kind of just with my dieting and then it just kind of took over the rest of my life. I did a lot of soul-searching. I don’t know how much but it feels like a lot.

Did your diet change?

Well, I stopped eating meat many years ago. I cut out a lot of processed foods. The idea was to only ingest things that would be of value and to give me nourishment. Also, to delve on topics that I felt had nourishing components to it — vulnerability, stuff like that. I think being a vegetarian just forced me to overcome a lot of temptations that I had with myself.

How does the Tru album compare the Tru EP?

If you liked the EP, then you’ll love LP. It includes all the songs from the EP plus five extra songs that I did after my son was born — I talk about that. I also talk about how becoming a father made me reflect on losing a sister, who was also a child. Also, I think just continuing the push towards to something more soulful in nature. 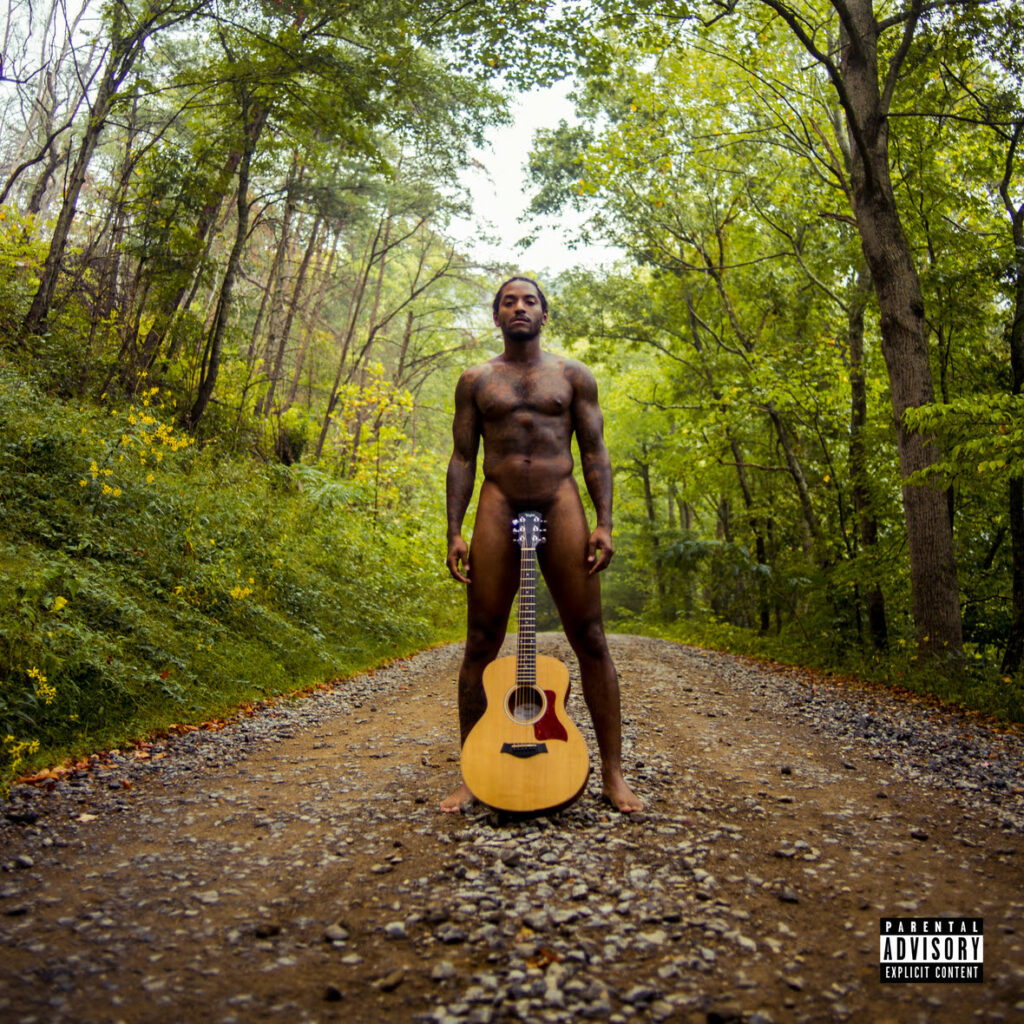 Speaking of nature, the album cover shows you standing nude in the woods with a guitar covering your private area. What does the artwork represent to you?

[Laughs]. It represents flaw. It represents nature and also bringing a natural aspect of the process of making music. I think that it represents transparency. No PhotoShop, no makeup, no special lighting — just a raw appeal. I think it’s an image of the album and if you could put this one photo where the soul of each song comes from, it comes from a place like that — just stripped down completely.

After you posted your album cover, someone wrote an ignorant and homophobic comment in which you respectfully responded. What’s your advice to fellow black male creatives who may feel limited to their artistic expression due to toxic masculinity?

Well, I think that sometimes we can be unaware of the worst parts of us. It’s usually when someone is able to live their best life that you can really translate that to someone else. Also, just keep in mind on there I said, “Sometimes you don’t ask to be placed in a situation where you are.” No one has the choice of being born and certainly, no one has the choice of choosing their influences or the people who are around them the most. Sometimes that is a reflection of what someone sees every day. The way to break that mold, if that is something you care about, isn’t necessary to approach it with hatred. First, find understanding and then realize that only by really being truly happy yourself can you ever affect the flaws of someone else.

“Caramel” is the first offering from your Tru LP. It kind of has a nostalgic vibe to it. Where did your inspiration come for this song?

Where I’m from inspired it — Atlanta [and] New Orleans. I guess the records in my collection inspired it in a lot of ways. I think my love for both R&B and hip-hop inspired it — I tried to capture both worlds in that one.

Your album Lessons in Love turned 10 this month. Can you share one memory that comes to mind from that era?

I think about Miami, where I recorded a lot of the album and also where I shot the video with Hype Williams for the first time. I think about working with Hype and how excited he was to work with Lil Wayne for the first time. I also remember “Girls Around the World” being the last song that I recorded for that album, which was pretty cool because it’s like we created the whole project and we were happy and then I felt like I had this one last idea and we recorded “Girls Around the World” and we were really happy after that. It was a great time.

Is there anything you would like to say to your fans?

I just want to encourage people to continue to be themselves, to continue to take time to learn about others and just push a positive frequency because it really matters.