The most slept-on records from the legend's nearly three-decade career.

Mary J. Blige, the undisputed Queen of Hip-Hop Soul, hasn’t put out an album in three years, but has indicated that she already has at least two albums completed. In 2019, she released a pair of singles (“Thriving” featuring Nas, “Know”) that stamped her everlasting allegiance to the contemporary R&B soundscape.

As an influential figure whose musical resume taps into several genres, the honesty and rawness in Blige’s distinct voice exceeds her megahits and her other radio singles. It actually lies in the nearly-three decade discography of her deep cuts and overlooked gems.

With new music on the way, here are 15 underrated songs by Mary J. Blige that you need to give more respect to.

Blige isn’t one for female collaborations unless it’s going to be legendary. Very much a dark horse urban AC radio hit, this Beyoncé-assisted track has a ‘90s R&B feel that signals nostalgia overload. Rather than fighting over a man, these two enduring divas share clear-cut ways that their men can keep the fire burning in the relationship.

Written by: Reginald “Reggie” Perry aka Syience and Shaffer “NE-YO” Smith
Produced by: Syience and Ne-Yo

Blige is a master at cadence impersonations. “Smoke,” from one of her finest hours of the 2000s, is a kaleidoscope of full-blown Stevie Wonder-esque vocal nuances that imbues fumes of intense questioning and uncertainty. As she tries to hold her breath and tunnel through the thick exhaust of a breakup, she rather set fire again to the relationship wick so she can rid the agony.

Written by: Ronnie Wilson and Lonnie Simmons
Produced by: Mary J. Blige with all instruments by Chucky Thompson

The Yonkers native has always had an impeccable flair for covers, especially in the early years of career. For her acclaimed fourth album, Blige sizes up this Gap Band classic, and makes it her very own. Employing a robust baritone behind a polished live arrangement, like the added horns and saxophone, Blige shows true appreciation for the artists and generation that contoured her effective, bluesy tone.

“Telling The Truth” (feat. Kaytranada) from the album Strength of a Woman (2017)

Honesty is the best policy, and Blige demands it on this rattling payback jam aimed perfectly at her seemingly deceitful ex-husband. Assuming that she recorded this in a dark booth, the throaty texture of Blige’s natural harmonies in the intro and beyond shine through on this chaotic masterpiece. Bravo Kaytranada and BadBadNotGood, bravo.

In case you didn’t know, Blige’s sophomore album was more than the songs that weren’t freshly remastered sounds. It contained originals without interpolations like this — the longest languid composition on the LP. Soaked in heavy notes of longing that have its flaws, the young Mary unbolts reveres for a rumored K-Ci Hailey. If you’re presently in a strained relationship, this melancholy recording just might bring tears to your eyes.

“Follow” (feat. Disclosure) from the album The London Sessions (2014)

Blige and Disclosure are a strangely unique pairing. Chief among their work together on a trio of progressive dance tracks is this suspicious man detector. With her enthusiastic yet unstirred vocals juxtaposed against a sublime electro backdrop, the genre-bending champ finds solace in avoiding heartbreak out the gate.

Blige goes for a sensually dominating mood for this lovemaking session. Showing no signs of being inexperienced in the bedroom, the then-flowering star eased in some climaxing vocal moans that weren’t overtly salacious at the least. As far as Blige was concerned, she and her weak-kneed man had all night long to make their passion last.

You know what’s better than sad Mary? No-nonsense Mary. At a time when she was still in her ghetto love bag, the gritty singer is enraged after feeling wronged by her former lover who did nothing but lie and cheat. No longer waiting to exhale, Mary feels like she needs to “sharpen” her blade and pull up on her trifling ex one last time.

Listening to this will.i.am-produced, Nina Simone-sampling highlight from her 2005 comeback album is to realize how much control over the years Mary has gained over her increased lung power. She effortlessly displays her mid-tempo prowess here as she adjusts to opening up to a new man. While she may go back and forth between her feelings, she hopes that he knows she loves him.

In a transitional time between switching major labels, Blige linked with Epic Records to record all the music for the Think Like a Man Too soundtrack. Despite the full-length release – masterminded mostly by The-Dream and Tricky Stewart – going under the radar by many of her devoted fans, Blige came out on top with some of her most refreshing music in ages, including this inappreciable standard. An obscure gem waiting to be found.

Blige has plenty of esteemed title tracks, but this Rodney Jerkins cult classic takes the cake. This earnest song of warm embrace and commitment has all the elements of a quintessential 90s R&B jam: a sing-along chorus and a tight laid-back groove that can be enjoyed by an array of listeners. This quiet storm cut is truly an album and concert staple.

Don’t know whose idea it was to deny this jazzy soap drama from the official track list of Mary’s ninth album, but shame on you. By far the best song from the string of shelved and leaked SWET tracks, the music superstar channels one of her long celebrated idols Anita Baker to beg to her lover that she’s open to perform a hard reset on their too familiar relationship.

For all the grown folks, this one’s for you. The theme of this slow-and-easy groove, co-produced by then-P. Diddy and Stevie J, is endless lovemaking — a late-night topic that doesn’t often roll off Blige’s tongue. What she does here, though, is stretch her then-changing raspy strains to interpret a woman’s eagerness to satisfy the sexual needs not only on her man’s terms, but hers as well.

“Checkin’ For Me” from the No More Drama era: Mary doesn’t attach herself to projects because it’s something to elevate her brand; she does it because she has a strong connection. That said, Mary’s always been hip to The Clark Sisters – well before the recent Lifetime biopic.

“Almost Gone” with Lalah Hathaway from the Mary era: This is a gift from the most high. If you haven’t stumbled across this rare duet in your lifetime, use this article as an excuse to listen immediately.

Tweet us your favorite underrated songs by Mary J. Blige at @RatedRnB. 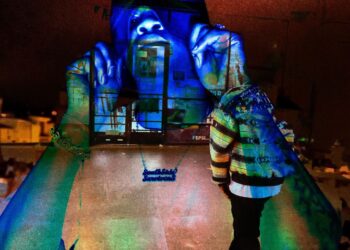 Tinashe Will Drop Her New Album ‘333’ in August

August has Tinashe’s name on it. The singer-songwriter has announced her new album 333 will arrive on August 6 via...