It's their third time collaborating. 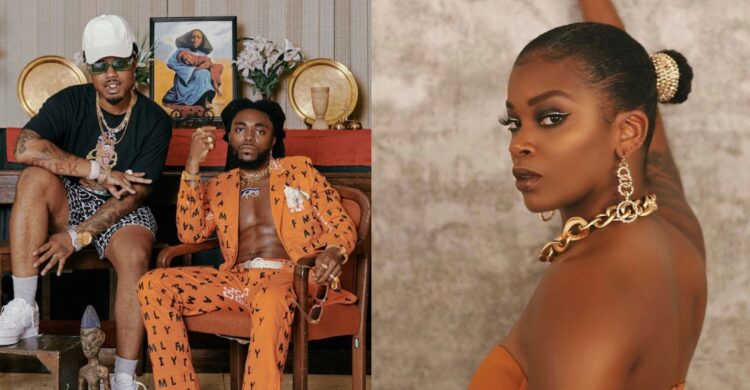 Dreamville affiliates Ari Lennox and EarthGang are back together on one track. Their latest collaboration, “Run Too,” is taken from the Atlanta-based duo’s new album, Ghetto Gods, out now.

Featured on the album’s closing song, Lennox offers silky ad-libs and riffs beneath the rap duo’s serious rhymes of struggle and exhaustion in the world around them.

Drawing pain from their storytelling, Lennox channels that tremendously in the hook, asking the hard question, “Who can I, who can I open up to?”

Lennox is no stranger to collaborating. Last year, she starred on several tracks by Summer Walker, Khalid, and Ant Clemons, to name a few.

Leading up to her work with EarthGang, Lennox has stayed on the necks of R&B audiences. She topped the R&B radio and Billboard charts for the first time with “Pressure.”

She recently performed the lead single to her hotly-anticipated sophomore album on a February episode of Jimmy Kimmel Live!

In May, Lennox will take the top bill at the Broccoli City Festival in her hometown of Washington, D.C.