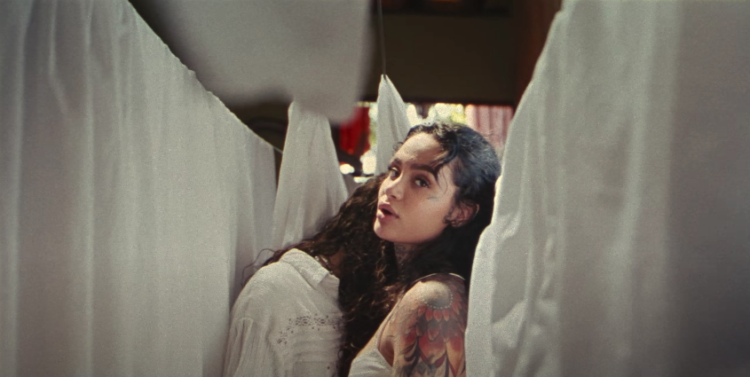 Kehlani’s video for “Melt” is inspired by a romantic interlude to Brazil with their partner 070 Shake.

Co-directed by Kehlani and 070 Shake, the video begins with Kehlani taking travel photos in the vivid streets of Brazil. Kehlani takes time away from photography to grab a drink at a nearby bar, where they siren a beauty (played by 070 Shake) on their way to find a seat.

From there, the two are inseparable. Kehlani’s camera comes back into play, capturing their warm moments alone in different settings. This dreamy short flaunted their bond and made for a lovely day of passion and seeing the sights.

“Melt” is lifted from Kehlani’s most recent album, Blue Water Road. Released in April, the 13-track LP followed two years after Kehlani’s It Was Good Until It Wasn’t. The album is executive produced by Pop Wansel and features Syd, Thundercat, Jessie Reyez, Blxst, Ambré and Justin Bieber.

Kehlani started the Blue Water Road era with “Altar” in September 2021. They responded with “Little Story” this past winter and then “Up At Night.”

In July, Kehlani will kick off their Blue Water Road Trip tour with support from Destin Conrad and Rico Nasty.