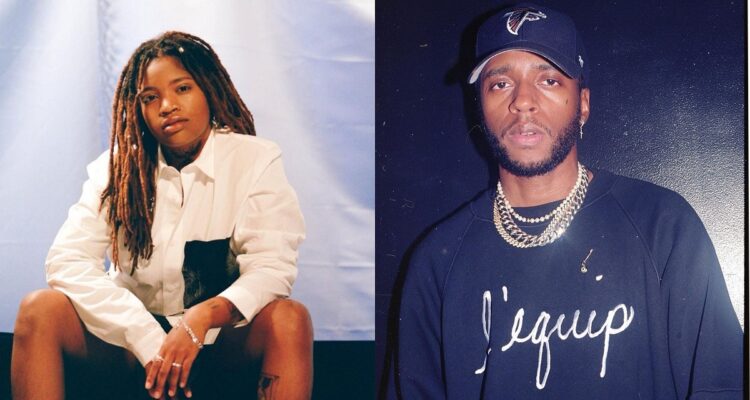 Ambré has crossed paths with 6LACK for a remix of her song “What You Deserve.” The new version appears on the Big Femme Energy, Vol. 1 Deluxe compilation.

Besides subtracting Ambré’s second verse, “What You Deserve (Remix)” is still both warm and groovy as the original. 6LACK slides in and manages to capture ears with sweet nothings about putting a beauty at ease with his charm and charisma.

“Don’t you want a spa day? Wanna be my date? / Textin’ all Thursday, sexin’ all Friday / I’m tryna find out what your body and your mind say / Even robbin’ you with joy boostin’ the crime rate,” coos 6LACK.

Ambré’s “What You Deserve (Remix)” is the first new track released since 2021’s “Seein Ya,” lifted from the soundtrack to the fifth and final season of HBO’s Insecure. Before that, she contributed the song “Sweater” for the Bruised soundtrack and guested on Destin Conrad’s Colorway project.

As Ambré plots her next move and preps for a follow-up to 2019’s Pulp EP, she earns songwriting and production credits for work on Kehlani’s upcoming album Blue Water Road. She’ll appear on the album’s closing song, “Wondering/Wandering,” alongside Thundercat.

He also joined Pink Sweat$ in a live performance visual for their joint effort “Midnight River,” released in late 2021.

On May 28, 6LACK will play at the Forecastle Festival in Louisville, Kentucky.

Listen to Ambré’s ‘What You Deserve (Remix)” featuring 6LACK below.