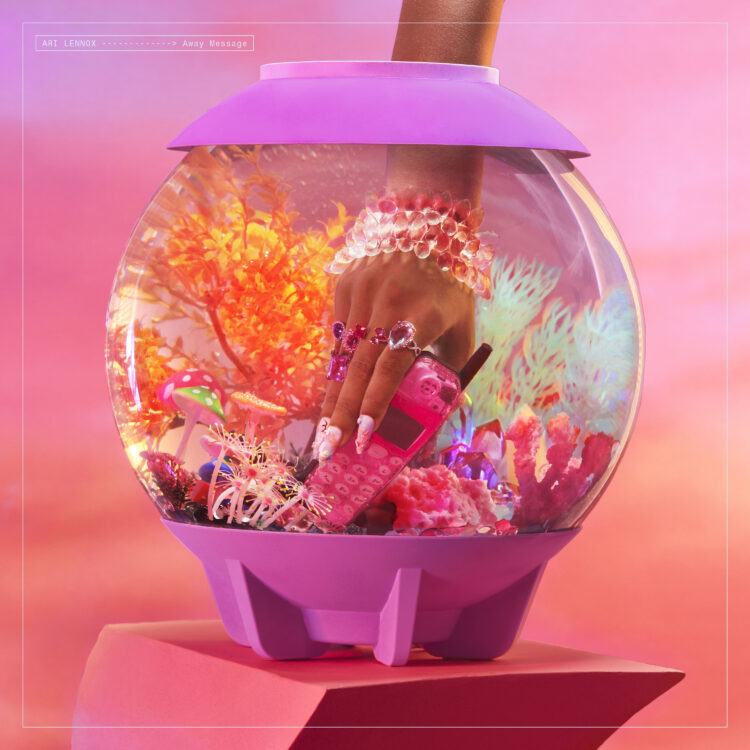 Ari Lennox is taking a mini break from social media before her sophomore album, age/sex/location, releases Sept. 9. She isn’t leaving her fans high and dry, though. The Washington, D.C., native just dropped a surprise EP titled Away Message.

“Off the internet until September 9 so here’s my away message to you all 😘. New EP to hold you over until the album, love ya,” Lennox tweeted.

Away Message consists of five tracks, including the Summer Walker-assisted “Queen Space,” which dropped earlier today. The other tracks are “Tatted,” “Gummy,” “No Settling” and “Bitter,” all of which include a production credit from her Dreamville label head J. Cole. It’s not certain if any or all of these songs will also appear on age/sex/location.

Speaking of age/sex/location, the 12-track album will include Lennox’s previously shared singles “Pressure” and “Hoodie.”

“Pressure,” produced by Jermaine Dupri, Bryan-Michael Cox and Elite, was certified gold by the Recording Industry Association of America (RIAA) in May, after exceeding 500,000 equivalent sales units.

It also peaked at No. 1 on Billboard’s Adult R&B Airplay chart, securing Lennox her first chart-topper on this list.

Circling back to age/sex/location, the highly awaited album will follow Lennox’s debut LP, Shea Butter Baby. The album included her J. Cole-assisted title track, which received a gold certification from the RIAA.

In a lengthy text exchange, which Cole shared on Instagram, Lennox explained what age/sex/location means to her. She described it as a “transitional space” and her “eat, pray, love journey.” She added, “It’s my honest goodbye to searching for love. I got it right here inside me.”

In other news, Lennox will appear on Babyface’s new album, Girls’ Nights Out, which releases Oct. 29. The album will also feature Ella Mai, Kehlani and Queen Naija, to name a few.