by Antwane Folk
in Editorial, Opinion 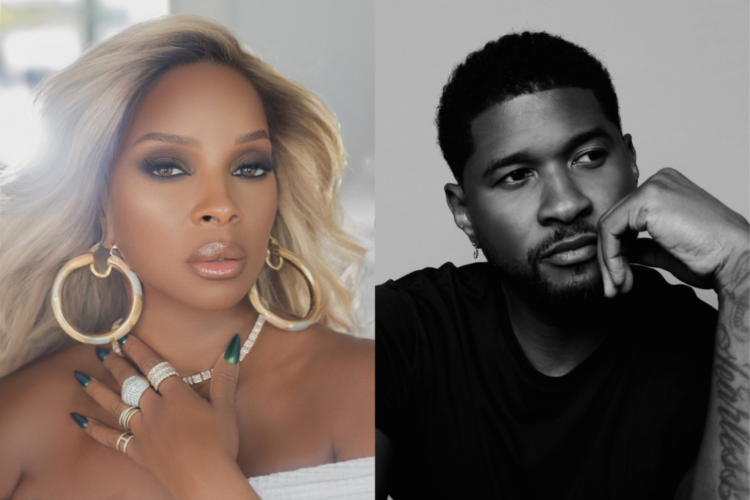 In September 2007, the two celebrated Black soul music at the 2007 Fashion Rocks. Usher opened the set with James Brown’s “It’s Man’s, Man’s, Man’s World,” and Blige followed with a rendition of “Respect” by Aretha Franklin. They’d round out with Stevie Wonder’s 1982 classic “Do I Do.”

Later that year, Blige recruited Usher for Growing Pains, the follow-up to her blockbuster 2005 album The Breakthrough. The song “Shake Down” was co-produced by Tricky Stewart and Jazze Pha and co-written with The-Dream, Blige and Usher.

In one of the album’s best songs, the two throw the book at each other, trading clever metaphors about a life sentence made for lovers who want to share forever.

In a 2007 retrospective of Growing Pains, Pha confirmed to Rated R&B that The-Dream initiated the collaboration between the two. “It was The-Dream’s idea. We were already working with Usher at the same time as Mary for his Here I Stand album. It made sense.”

Writing and creating the colorfully eccentric music for “Shake Down” for a treat for Blige, according to Pha. She had been able to sit in while he, The-Dream and Stewart made magic.

He explained, “With all those records that she’s made, she had never sat there while [producers] made the music from start to finish. She said, ‘Even when she worked with Puff, all the song were already ready when she got to the studio.'”

Fast-forward to 2022. Blige and Usher joined forces for “Need Love,” the replayable finale of her latest album Good Morning Gorgeous. On the J. White Did It-produced song, a cautious Blige speaks from the perspective of a woman who’s familiar with heartbreak and isn’t eager to be taken off the market. Instead, she would rather explore her options, having some harmless fun that doesn’t involve her feelings getting too involved.

Usher slid above vintage synths and a crisp drum pattern with his suave and silky vocals, offering what his woman needs in a fleeting companionship.

According to Blige’s A&R Eddie Fourcell, “Need Love” was “originally just Mary.” He told Rated R&B, “We didn’t intend to put anybody [on] there.” However, it was the producer J. White Did It had an obvious plan to bring their voices together again.

“He played it in one of his sessions with Usher, and Usher just immediately hopped on it without even telling us. We found out later. He killed it,” Fourcell added.

During her winter press run for Good Morning Gorgeous, Blige chatted with 97.9 The Box hosts about reuniting with Usher, calling him “one of the most amazing male artists in the business.” She added, “He was an excellent match on this song. He’s my friend and my family.”

Unlike “Shake Down,” Blige and Usher performed “Need Love” on night two of her inaugural Strength of a Woman Festival & Summit in Atlanta, Georgia. The R&B gent also spoiled Blige on stage when he performed “Bad Girl” from his diamond-certified Confessions album.

It’s not certain if Blige is going to release another single while performing across the nation on her headlining fall tour, but many are hoping that “Need Love” gets single treatment.

No one would oppose “Need Love” working R&B radio as the next single from Good Morning Gorgeous. Some felt it should’ve been pushed as the lead single.

Nonetheless, as an official single, “Need Love” could be one more thing to generate buzz for Usher’s official return and offer redemption to their previous underutilized duet.

And if “Need Love” performed well, since Blige and Usher aren’t fans of Verzuz, they’d be better recording an entire full-length album.

Maybe a duet album similar to that of Babyface and Toni Braxton’s Love, Marriage & Divorce. It’s wishful thinking for an album concept and subsequent joint tour that could work.

Listen to Mary J. Blige and Usher’s two duets below.