Chlöe Performs Acoustic Version of ‘For the Night’ for Vevo 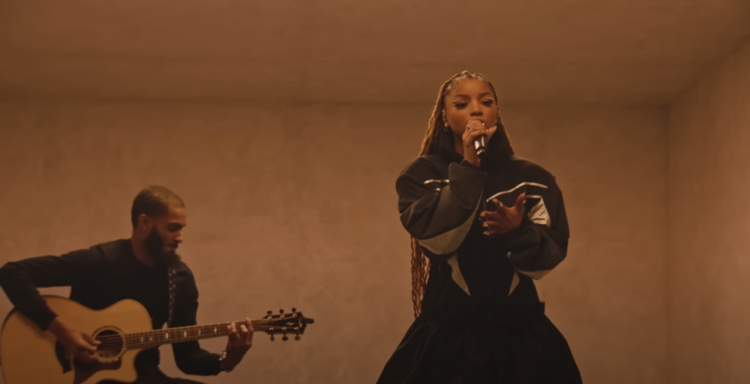 Released Oct. 28, “For the Night” is Chlöe’s fourth single from Chlöe’s forthcoming debut album that will release on Parkwood Entertainment/Columbia Records.

The Latto-assisted track is among Chlöe’s trending songs on Spotify with over five million streams to date.

As said earlier, Chlöe has released three additional songs in advance of her solo debut LP, including “Surprise,” which dropped in June.

She performed the sultry tune, plus “Treat Me,” another early track, at the 2022 BET Awards. Diana Kunst directed a steamy visual for the former cut.

“Have Mercy,” the lead single from Chlöe ‘s impending album, arrived in September 2021.

The song reached No. 1 on urban radio later that winter. It also was certified platinum by the RIAA with more than one million equivalent units sold.

According to Chlöe, her self-titled debut album is complete. “Guys… I tried to hold it in but I finished my album a couple weeks ago,” Chlöe tweeted. “I don’t control dates or anything, but just know I’m super proud of this project. It means absolutely everything to me.”

“I just wanted to thank you, guys. I’m not going to cry, but it was like a pretty sign because, you know, when you start doubting yourself and everything, so it really made me happy. So, I thank you guys, and I love you all,” Chlöe shared in an Instagram Live.

Watch Chlöe perform “For the Night” for Vevo below.