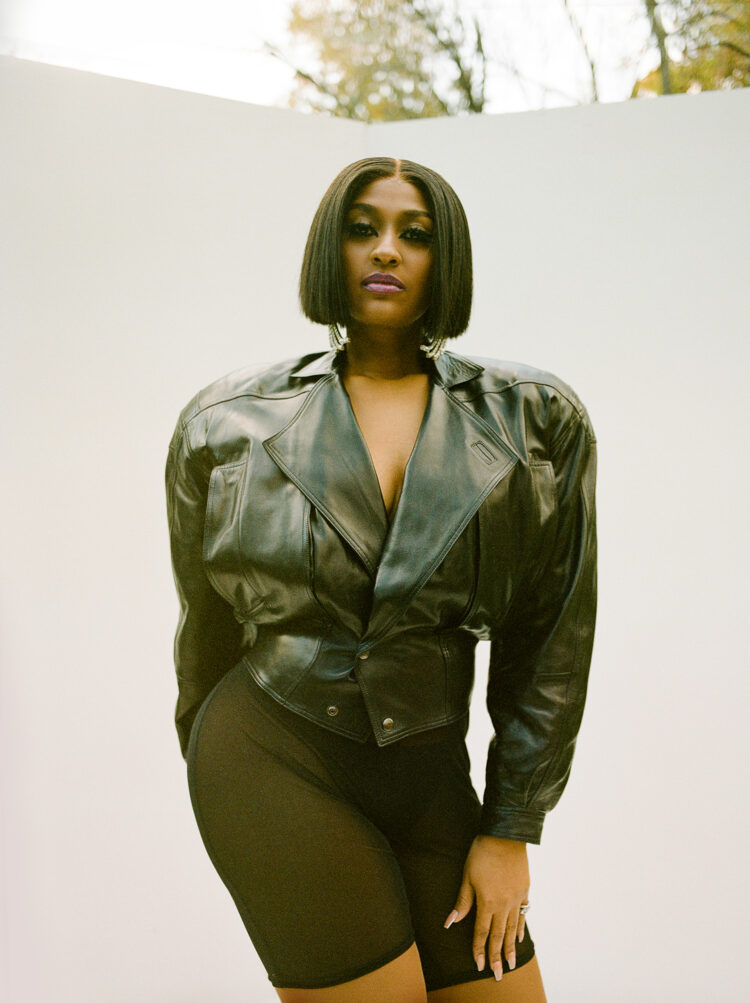 Jazmine Sullivan’s “Hurt Me So Good” has reached No. 1 on Billboard’s Adult R&B Airplay chart this week.

It’s the second time the two-time Grammy winner has taken hold of the summit, as “Pick Up Your Feelings” did so during the week of March 20, 2021.

“Hurt Me So Good” is lifted from Sullivan’s Heaux Tales, Mo’Tales: The Deluxe, a special expanded edition of her Grammy-winning album Heaux Tales.

The standard version, released in January 2021, arrived atop Billboard’s Top R&B Albums chart and launched at No. 4 on the Billboard 200, selling 43,000 equivalent units during its first week of sales.

It is also certified gold by the RIAA, surpassing sales of more than 500,000 equivalent units.

In late spring, Sullivan officially picked “Hurt Me So Good” as the next focus track at R&B radio. The emotional tune came in smoking, grabbing the most added title with 28 stations.

On Spotify, “Hurt Me So Good,” co-produced by DZL, Akeel Henry and Luca Mauti, has amassed more than four million streams.

Sullivan’s recent No. 1 single comes weeks after earning three nominations at the 65th Grammy Awards, two of which are for “Hurt Me So Good,” it’s up for Best R&B Performance and Best R&B Song.

She also received a Best Traditional R&B Performance nod for “‘Round Midnight” with Adam Blackstone.

Sullivan, who picked up Best Female R&B/Soul Artist win at the 2022 Soul Train Awards, co-wrote a new original song, “Stand Up,” with Oscar and Grammy winner D’Mile. It’s for the Chinonye Chukwu-directed film Till, which plays during the final scene and end credits.

“I’m honored to be able to contribute to such a powerful film about such a historic and tragic moment in American history,” said Sullivan.

“A passionate artist and activist, Jazmine delivers an anthem for justice and hope; one that ignites a fire to rise up for all people whose lives have been senselessly cut short because of America’s deep rooted and white supremacy,” Chukwu shared.

Sullivan recently joined John Legend’s new album, LEGEND, for the track “Love.” She also assisted the EGOT winner on NBC’s The Voice as the battle advisor for Team Legend.

On Dec. 31, Sullivan will perform at a New Year’s Eve concert as part of the Funk Fest Tour.

It takes place at Miami-Dade County Fair & Expo Center in Miami, Florida. Ms. Lauryn Hill also headlines on night two, while Mary J. Blige is at the top of the bill on night one, Dec. 30.

Revisit Jazmine Sullivan’s “Hurt Me So Good” below.