The two-day affair to bring in the New Year. 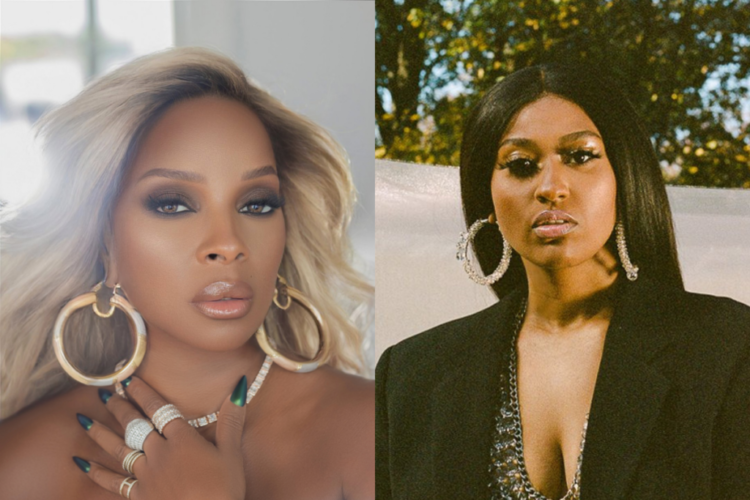 The countdown to 2023 will be one for the books. Funk Fest Tour has announced the lineup for its two-day New Year’s Eve concert, which is set for Dec. 30 and Dec. 31, at Miami-Dade County Fair & Expo Center, in Miami, Florida.

Legendary singer Mary J. Blige, who headlined Florida Funk Fest in June, is billed as a headliner on Friday, Dec. 30.

In addition to Blige, R&B veterans Anthony Hamilton and Carl Thomas will grace the stage on night one. Rap legend Jeezy will also perform.

On Saturday, Dec. 31, Ms. Lauryn Hill and Jazmine Sullivan are at the top of the bill, along with rap acts Rick Ross, T.I. and Ying Yang Twins.

According to Funk Fest Tour, other R&B acts are set to perform, including Case and Dru Hill, with many more acts to be announced.

Shifting back to Blige, the Queen of Hip-Hop Soul is among the nominees for the 2023 Grammy Awards, earning six nods for her 15th studio album Good Morning Gorgeous (Deluxe).

The album is nominated for Album of the Year (her first as a lead artist) and Best R&B Album.

“Good Morning Gorgeous,” the album’s title track, which she co-wrote with H.E.R., Tiara Thomas, Lucky Daye, and D’Mile, is up for the following honors: Record of the Year, Best Traditional R&B Performance and Best R&B Song.

Additionally, “Here With Me,” a collaboration with Anderson Paak, is vying for Best R&B Performance.

Blige recently announced her first children’s book, Mary Can!, which will arrive March 28, 2023, via HarperKids Books for Young Readers.

In September 2021, Hamilton released his album Love Is The New Black. His 14-song set included his top-ten R&B single, “You Made a Fool of Me,” as well as “Mercy” featuring Tamika D. Mallory. It also featured appearances by Jennifer Hudson, Lil Jon and Rick Ross.

Hamilton, who participated in a Verzuz celebration against Musiq Soulchild in February, also joined Leela James for the “Complicated (Remix)” and Eric Roberson for the “Lessons (Remix).”

Thomas, who also was booked for Florida Funk Fest, teamed up with Donell Jones for his “Karma (Remix)” in August 2021.

Around the same time, Thomas and Jones announced plans to form an R&B supergroup called The Chi with Dave Hollister.

Before that, Thomas re-released “Summer Rain” and “I Wish” from his debut album Emotional to salute its 20th anniversary.

Ms. Lauryn Hill has been booked and busy on festivals this year, including Lovers & Friends Festival and ONE MusicFest. She also was nominated for Impact Track (“Nobody” with Nas) at the 2022 BET Hip-Hop Awards.

Sullivan hasn’t missed a festival bag either, gracing several stages, including Roots Picnic, Essence Festival of Culture, Lollapalooza, Made in America and Austin City Limits Festival. She recently earned three 2023 Grammy nominations, two of which are for “Hurt Me So Good,” lifted from Heaux Tales, Mo’Tales: The Deluxe.

Dru Hill was honored with the Urban Music Icon Award at the 2022 Black Music Honors, while Case released a bonus edition of his 2010 album Here, My Love.

Circling back to the Miami Funk Fest, tickets are on sale now. Single-day general admission currently starts at $50 as a Black Friday promotion.

Three VIP packages are available, including Gold, Platinum and Vibranium.

Each package allows exclusive access to a food caterer, cash bar, express entrances, preferred restrooms and more. Tickets can be purchased at funkfesttour.com. 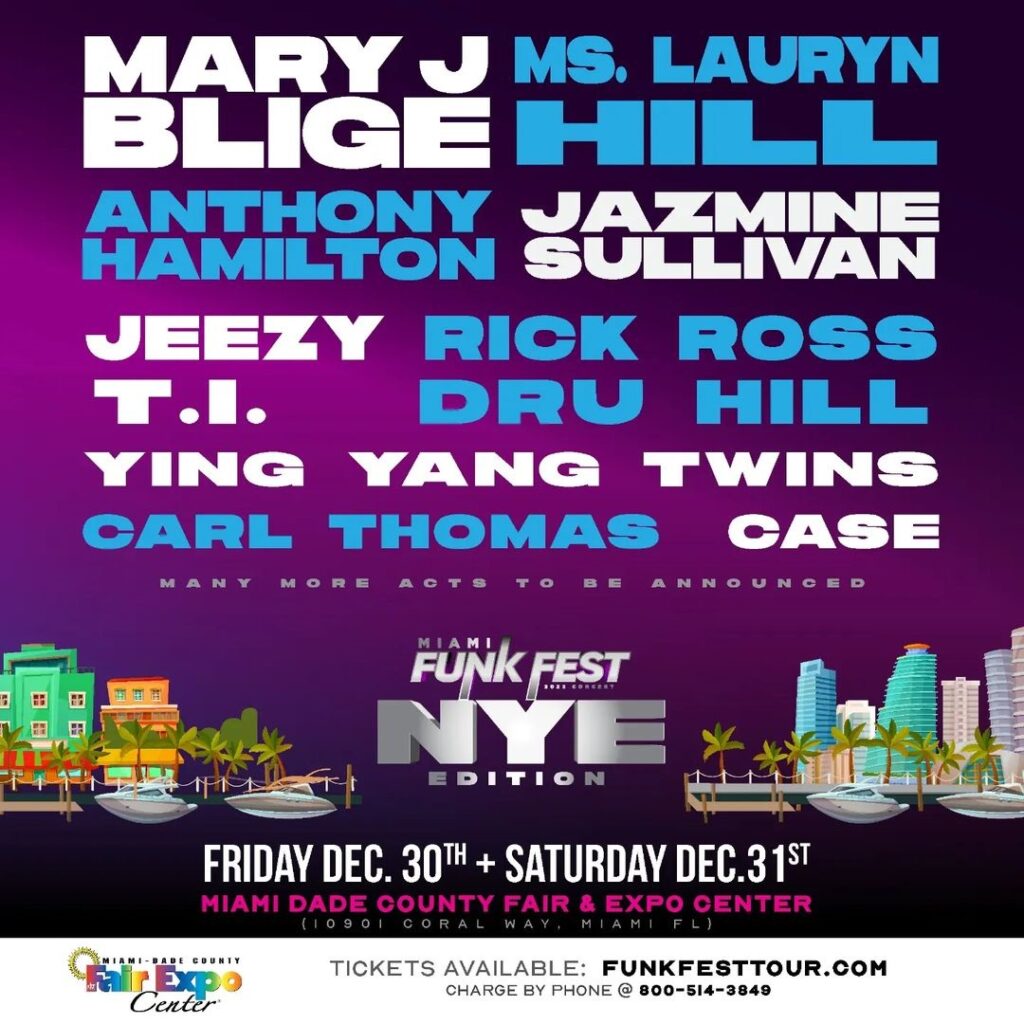