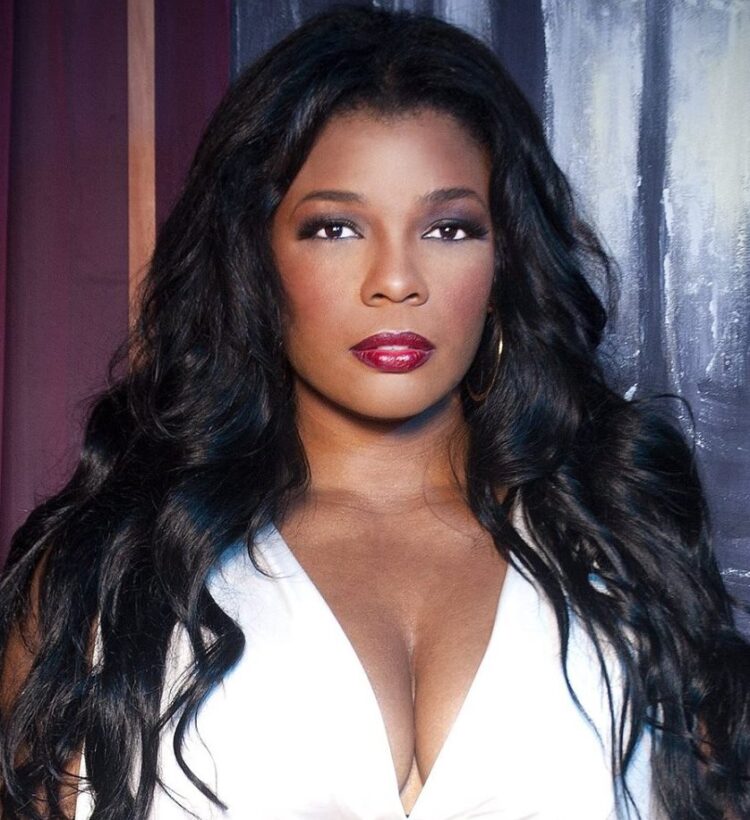 Syleena Johnson is one of the busiest women in entertainment right now. From television to music to penning a book, the Chicago native works tirelessly to expand her brand in different markets. Johnson took some time out of her busy schedule to chat with Rated RnB on a few topics including her “9INE” project with Musiq Soulchild, details on her “Chapter 6: Couples Therapy” album, her new book and “R&B Divas: Atlanta.” She also tells us how she deals with negativity on social media.

Check out our interview with Syleena Johnson below.

Keithan Samuels (KS): While “9INE” was a solid effort between you and Musiq Soulchild, it kind of felt like that era went by quickly. Why was this the case?

KS: Let’s move forward to your “Couples Therapy” album. I remember when we last talked, you said you wanted it to be more mainstream. Is that still the case?

SJ: I went back and evaluated what I wanted to do as far as music. I just really felt like the industry was missing R&B. I’m on a show called “R&B Divas.” That’s what I do. That’s how I started in the industry. So, I just went back to that. I feel like I found my place with this album. I went in and did records that fit my voice as opposed to trying to find records that fit the industry. I think I was very successful in doing that. I am very confident with what I produced.

KS: What are some topics that you’re going to cover on the album?

Basically, you’re going to see the ups and downs of a relationship — the real things that go on and take place [in a relationship]. I think “Chapter 6: Couples Therapy” is going to be relative to everyone because of the content that everyone can relate to in any kind of relationship they’re in.

KS: What’s one thing you learned about yourself  while recording the album?

SJ: I learned that my voice is what it is. I’m really am embracing it. When I first got started in the industry, I felt like it was a double edge sword — the fact that it has such a distinct sound and it’s not really mainstream. When I just sat down and really embraced the raspiness, the vintage and the emotion in my voice, I felt like that’s a maturation that has happened because of this album — because of the content. My dad [recently] told me something very profound. He said, “Syleena, soul music is not a genre. R&B is a genre. Soul is what you have inside of you and that’s what makes it ‘soul’ music. Our people have been through so much and that’s why we are the pit of soul music.Soul music is associated with emotion.” That made a lot of sense to me and with this album, I put my soul into it. I used some instances from my relationship and from people very close to me — their relationship — to be able to relate to everyone. It’s really mostly my husband and I’s relationship. We are in couples therapy as well so that’s how I go the concept in general.

KS: I’m loving your new single “Perfectly Worthless.” Do you have any special memories from recording that song?

SJ: We did that song in one take in Pierre [Medor’s] living room. When I heard the demo, I fell in love with it. I just love the emotion and the passion in it. It reminded me of things I went through when I was very young — relationships that I had gone through. That’s kind of where the motivation of the video came from and everything else. It’s just a real passionate, heartfelt record and that’s where I want to be with this album.

KS: I hear that you recorded a duet with Dave Hollister called “Harmony,” which will appear on your album.

SJ: Oh my gosh. “Harmony” right now is my favorite record. David Hollister’s and my voice together just sounds so cool. I wanted to work with him for so long. It’s a perfect marriage. He’s so soulful and he’s got that same kind of thing going where no one sounds like him and he has that different voice. So, to merge our two voices together is really powerful. It’s a beautiful, beautiful ballad. I also did a duet with Willie [Taylor] of Day26. He’s a very good friend of mine.

KS: With this being your third season on “R&B Divas.” Would you say you’ve grown in any way?

SJ: Absolutely. It has caused me to be more patient, more understanding to the other girls — and what they’re going through. Also, being more patient with myself and being more confident in myself. Also, controlling how I present myself and just really getting back to why I did the show. It was to create a bigger platform for my music and R&B in general. My focus is to get R&B music back to the forefront — and not over any other genre because I think variety is the way to go, but just up there with the other genres to give more variety.

KS: Speaking of “R&B Divas,” with you revealing parts of your life on national television how do you deal with negative reactions from places like social media?

SJ: Oh, I don’t care (laughs). I could not say nothing chile and they will still say something. My mother told me a long time ago that if they’re not talking about you, then you’re not important. So, let them talk. Sometimes, though, I think it goes too far. I think social media is a breeding ground for the devil. I think it allows people to be able to bully other people. Now me, I have thick skin but there’s a lot of kids out here killing themselves and all kinds of stuff. You’ve got to really be careful. It gives people the right to be able to say whatever they want to just anybody. It’s kind of bananas. It is what it is. You take it with a grain of salt. Me, I actually don’t care. I pay people dust. Anything that’s negative, I pay unlimited absolute dust (laughs).

KS: What’s next for you?

SJ: I’m finalizing my “Mommy’s Got Soul” workout DVD. I’m also working on a book called “The Weight Is Over.” It’s a book about body image and how it is effecting the industry — my life as a woman in the industry from a young girl all the way until now. My hair line company is relaunching and opening a store in Oakland, Calif. My new single “My Love” is coming out and we’re working on a video for that. I’m sure “R&B Divas” will be back around. 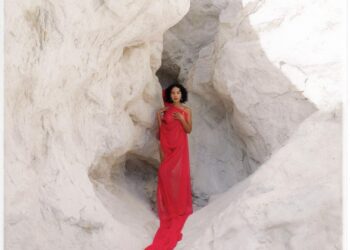 Sidibe Releases New Song ‘All Your Love Inside’

Rising singer-songwriter Sidibe has released "All Your Love Inside," her first song of 2023. She co-wrote it with the song's...