How TLC’s ‘Fanmail’ Pushed the Envelope

by Danielle Brissett
in Features 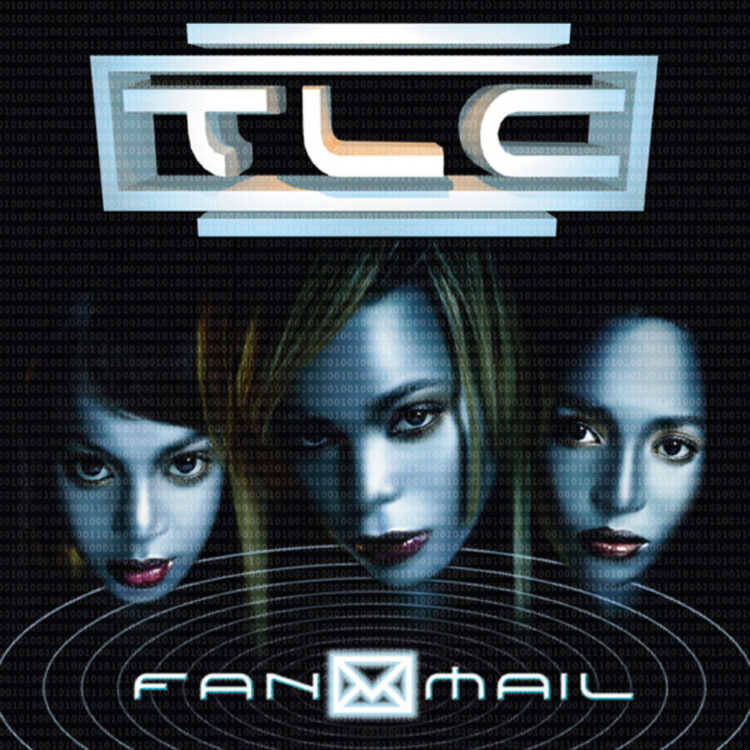 Editor’s note: This article was originally published on Feb. 23, 2019.

Going into 1999, the nation started to frantic over Y2K as the new millennium drew near. On the cusp of a number of doomsdays scares, like major computer glitches, music creatives seemed unrattled and started to take a sharp sonic turn. TLC, one of the biggest-selling female groups at that time, was among those gallant music tasters who dived into innovative sound realms and waves that were yet to be explored.

On February 23, 1999 — exactly 20 years ago — TLC lead the pack of R&B/soul releases with their third studio album, FanMail. Unleashing a sound and energy that was beginning to take over the musical landscape, the LP’s insanely futuristic vibrations were a distinct reflection of society’s time. The record experimented with foreign, less used sounds to birth a shift that turned out to be equally unheard of but refreshingly necessary.

Serving as the much-anticipated follow-up to their blockbuster second album CrazySexyCool, the sound-altering project scored TLC another smash. FanMail debuted at No. 1 on the Billboard 200 upon its release and spent five non-consecutive weeks atop the chart.

A month after the album’s arrival it reached platinum success and by the following year, FanMail went six-times platinum, according to the Recording Industry Association of America (RIAA).

Their efforts were celebrated at the 42nd Annual Grammy Awards, winning two out of the eight nominations, including Best R&B Album and Best R&B Performance by a Duo or Group with Vocal for “No Scrubs.” The album’s lead single also won Best R&B Song that year.

With the numerous accolades and highlights FanMail brought, it launched them into a space that most female R&B groups had yet to experience. Though TLC broke records prior to this album, their five-year break could’ve been to their demise. Due to the group’s legal matters, it caused delays for their third album and prompted them to go on a recording hiatus.

During that time, R&B girl groups such as 702, Blaque and Destiny’s Child emerged, beginning to make a name for themselves. It would seem that their presence would fill TLC’s missing spot in the industry but FanMail put all industry theories to rest. The aforementioned girl groups all released albums in 1999 as well, but TLC came out on top with one of the top 10 albums that year. Sounding completely different from their peers, the girls managed to take a sharp turn away from their familiar sound and simultaneously keep their key components intact.

Ideas and topics discussed on 1992 debut Ooooooohhh…On the TLC Tip were accompanied by the infectious R&B/Hip-Hop mixture that produced the new jack swing sound. Against those nostalgic beats, they introduced forward-thinking themes such as sexual agency that were easy to follow melodically. Two years later, TLC released their groundbreaking sophomore album CrazySexyCool. Taking a different approach from their first album, CrazySexyCool was smooth, sophisticated and suave.

Containing more soulful R&B and musical elements than their previous effort, their sound evolved across the board; their lyrical content matured, the production contained more layers and the group incorporated more melody in their song structures. TLC took a hefty risk to produce a body of work that went against the grain sonically. Incorporating the experimental sounds and musical pieces that were used was peculiar to their essence. FanMail did a complete 180 from its predecessors, staying true to their empowering messages while elevating their sound and content.

Wanting more creative control, TLC premiered as executive producers on the album, alongside Dallas Austin, a longtime collaborator who helped mold their sound, L.A. Reid and Babyface. Discussing the group’s input with VIBE magazine, Austin explained, “The girl’s had a certain amount of things they wanted to bring to the table — everybody wants to participate a little more.”

The first-ever milestones didn’t stop there. On FanMail, each member received a songwriting credit. T-Boz co-wrote 5 songs, including the album’s second single “Unpretty.” Left Eye delivered her imaginative bars on a few songs but she was also the brains behind the commemorative album title. Chili co-wrote “Lovesick” and had an opportunity to display her vocals as being the lone group member singing on “Come On Down.” Given the chance to show and prove, their contributions allowed them to finally showcase their talents when it came to creating songs and gave them an opportunity to be more involved.

The major success of the album’s first single “No Scrubs” essentially set the tone for the album’s popularity. Produced by Kevin “She’kspere” Briggs (Destiny’s Child, Mariah Carey) and written by Kandi Burruss and Tameka “Tiny” Cottle of Xscape, the hit single was originally written for the two Xscape members but when L.A. Reid heard the undeniable hit, they decided to give it to TLC. This was the group’s first song where Chili took the vocal lead and there was no doubt she would take charge.

She told Billboard, “I come and put the pretty on the song, so to speak. Her [T-Boz] voice is edgy. Mine is very angelic. We can tell whose voice will be better for what….This particular one, it wasn’t even about who’s gonna do it. We knew automatically: Yeah, I got this one.” “No Scrubs” quickly became a new addition to the number of previously released female anthems but this one had a different energy; this track called men out on their behavior with a sense of confidence that showed assurance. The energy was so infectious, it was the first song to surpass 140 million listens on the radio.

Directed by Hype Williams, the video most certainly played off of the innovative sci-fi theme with the spaceship-esque background. The looks were from another dimension, as each member was styled to fit their persona and were draped in the finest latex and metallics. Taking such visual chances paid off as the girl’s won Best Group Video at the 1999 MTV Video Music Awards. Continuing to make history, their win made them the first group ever to win the esteemed award twice. During 1999, a lot of their contemporaries stuck to the script when it came to music videos but TLC pushed the envelope and conceptualized things outside the box.

A bit foreign to TLC’s previous catalog, their second single wasn’t synonymous with their musical ethos. Fans and critics alike were used to hearing rhythmic production with a groove but “Unpretty” had a softer alternative pop-rock vibe that worked. Based on having insecurities and learning to love yourself, the song was adapted from a poem T-Boz wrote by the same name and was the first song she wrote on for the group. “I was feeling down because I had just gotten out of the hospital [for sickle-cell anemia treatment],” she shared with Entertainment Weekly. “I was really bruised and frail because I had lost a lot of weight. My boyfriend went out, and I felt like I shouldn’t have to ask him to stay. Dallas [Austin] took the poem and converted it to a song. I didn’t realize at the time that so many people felt the way I felt, but it came to help inspire people.” “Unpretty” connected with the public and made women and young girls feel like they weren’t alone.”

Visuals for the inspiring song reflected everyday situations people endure. With Paul Hunter’s direction, it brought awareness to real life issues in a relatable way. He was able to capture the beauty and vulnerability that was discussed in the song. The performance shots provided vibrant hues with their wardrobe and floral fields but the vignettes of bullying, eating disorders and cosmetic surgery brought the points home.

Leaning heavily into the innovative new wave of R&B was sleeper cut, “Silly Ho.” The pulsating production contained choppy synths comparable to a hologram glitch, flirting with the ever-present technology theme. With a simple staccato bass, it added a simplified texture against the brash layers. Never straying from being direct, the lyrics get straight to the point: TLC isn’t like any of the previous women you’ve dealt with before. They won’t be quick to get with you, nor are they impressed by the material things that they can provide for themselves. The independent woman theme song served as a promotional single and reached No. 21 on the Billboard Hot Hip-Hop/R&B chart. Receiving moderate success, the track introduced the otherworldly sounds that were to come on the album.

FanMail was one of the albums that delved into the new age R&B sound that was budding at the time. One of the producers that was cultivating and pushing that sound was the producer for “No Scrubs,” Kevin She’kspere Briggs. Aside from creating TLC’s biggest hit, She’kspere was also behind “Bills, Bills, Bills” and “Bug A Boo” on Destiny’s Child sophomore album, The Writing’s on the Wall. Based in Atlanta, the genre-bending producer had a knack for amplifying sounds and incorporating major moments in his production without making it the focus. Using instruments such as synthesizing pianos, dramatic violins, and high timber percussion within his creations set him apart from the production pack.

Another talented sound architect that was making a splash in the industry was Virginia’s own, Timbaland. Having a reputation for his use of unexpected, out of the ordinary sounds and taking listeners on an audio rollercoaster, he had already built his sound portfolio by then. A number of his stratospheric masterpieces were with Missy Elliott and Aaliyah, but it’s his work with Ginuwine that brought a different layer to the crafty sub-genre.

“What’s So Different,” off of 100% Ginuwine, packs a sonic punch that effortlessly connects. The melodic array of hazy horns are carried throughout the song, where drums and Godzilla make a brief appearance before the Apocalyptic beat switches back. His use of sound goes far beyond surface level and the way he’s done it dates before the late 90s, somewhat foreseeing what was to come.

TLC has always been ahead of the pack when it came to fashion, music and presence. As each of their albums sounds different than the previous one, FanMail took chances and explored sounds in ways that were yet to be done. Their seminal third album opened doors for us to experience the numerous sub-genres of R&B today.

They had a vision for what their sound would be, sending a ripple in the musical ocean for others to catch on to. FanMail has helped to propel a movement in Black music that went against the norm; a movement that has a heavy presence today. 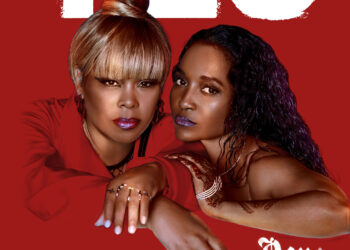 TLC has announced a North American tour in support of their Grammy-winning, diamond-certified album CrazySexyCool, which was released in 1994....