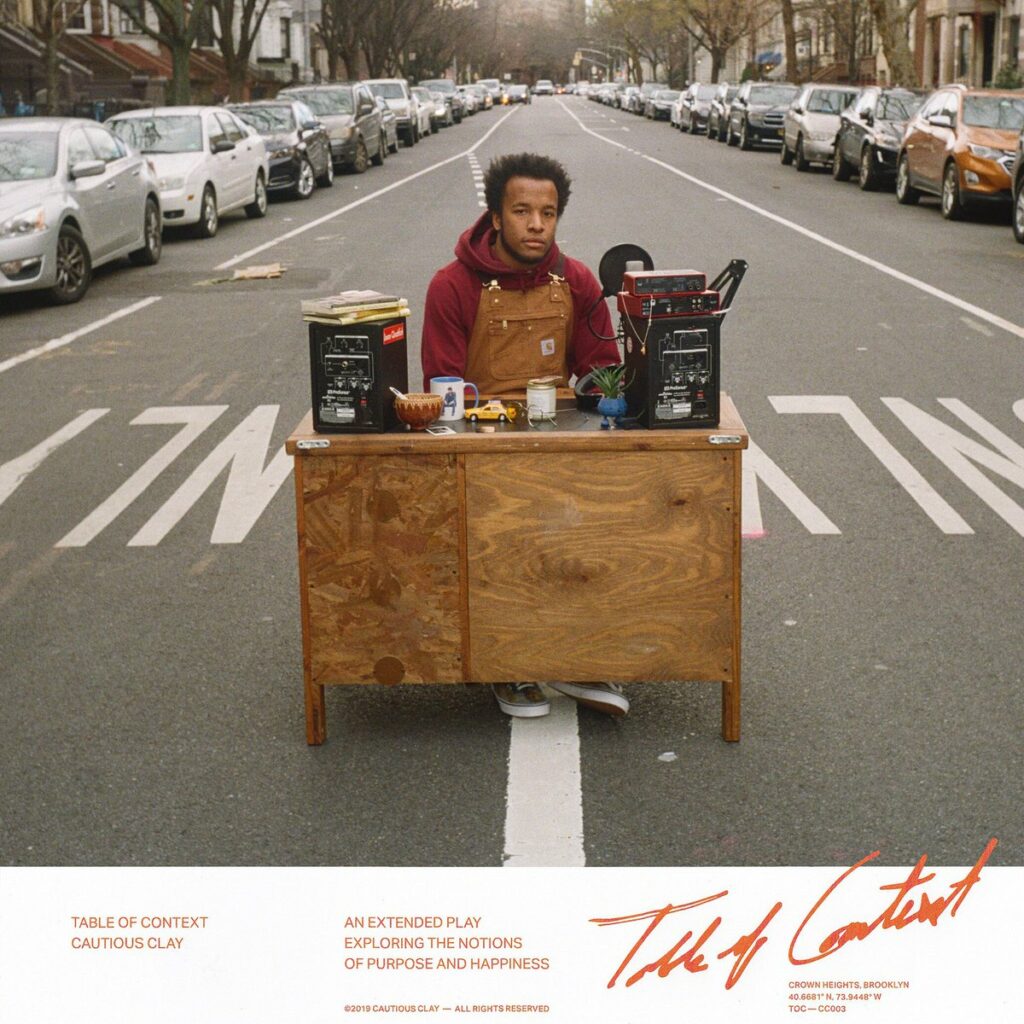 Just one year after celebrating the release of his first EP Blood Type, Cautious Clay is back with his third EP Table of Context. Serving as a follow-up to Resonance, his second EP of 2018, the new release is another look inside the mind of a creative who marches to the beat of his own drum.

His campaign for Table of Context launched after the arrival of his upbeat tribal-influenced record “Reasons” in December 2018. A month later, Clay dropped “Honest Enough” on his 26th birthday, while performing for intimate crowds on his world tour this winter.

Days before the digital drop of Table of Context, Clay took time ahead of a special shoot to talk with Rated R&B about his new EP. He also dished on his latest single “Honest Enough,” how his art stands apart from other creatives, his love for Outkast and more.

“Honest Enough” is the second track released from Table of Context. Tell us the inspiration behind the record.

It’s about the feeling that a lot of people get when there are definitely issues in a relationship and you don’t want to talk about them. You just kind of like side-step the real issues, so it’s almost like being honest enough to get by without ending things. I feel like when people have been together for a long time or they’re comfortable in a situation that they’re familiar with, it’s like they don’t want to be straight up about things, which is like myself included sometimes. So, it’s how I have experienced relationships in my life.

You mention on the cover of Table of Context that you will explore the notions of purpose and happiness. How might your listeners feel differently about those two ideas after listening to this new record?

I think as a whole, I feel like it’s very much contextualized a lot of the experiences that I have had in my life and relating back to kind of just being yourself and just being happy with the decisions you make if you have the agency to do them. So, I think at a deeper level, it’s really what the project is about — whether or not it’s your identity or your relationships that you have. I wanted to make this third EP a consolidation of a lot of the thoughts I was talking about on Blood Type and on Resonance. So, I feel like the notions of purpose and happiness don’t have to be contrary to each other. They can be similar, but they’re separate at the same time because I think people often times think they have to have a purpose, but it’s something that can just come and go.

While recording Table of Context, did you find your artistic opinion about the new music you were creating change the more you reentered each studio session?

Yeah, I think so. I think the project itself has evolved, but I think with any great project you want to just pick the best songs and the songs that work the best track-after-track on the project. That’s what I did.

Word has been traveling about you and your far-out sound. So much, that it’s caught the attention of big names like John Mayer, Hudson Mohawke and Miguel. How does it feel to be an unsigned artist and have word of mouth be your path to success?

Man, it really feels like a blessing. I definitely feel like a lot of the decisions that I have made have been super personal. I feel like I have always wanted to make art and do things the way that I wanted to make them and not compromise. So, I feel really fortunate and very lucky for sure.

How was your experience like working with John Mayer?

It was great. He’s a really nice dude. He’s really approachable and very, very talented, as well. I felt really comfortable working with him. It felt like the collaboration was real.

As a well-rounded musician who can arrange, produce and write music, and who is also an indie creative, how do you make yourself unrivaled to your contemporaries, while paying attention to the climate of music?

I literally think I just have doubled down on everything that is me. I’m a flute player but I’m also a singer and a sax player. I do all of those things to the best of my abilities. I think just how involved I am in the process of making the music as well is a big difference. I mix all of my own stuff. I produce all of my own stuff. I bring collaborators in, but the mixing is done by me. I’m pretty hands-on with every part of the [creating] process. It just gives my sound a unique flavor. 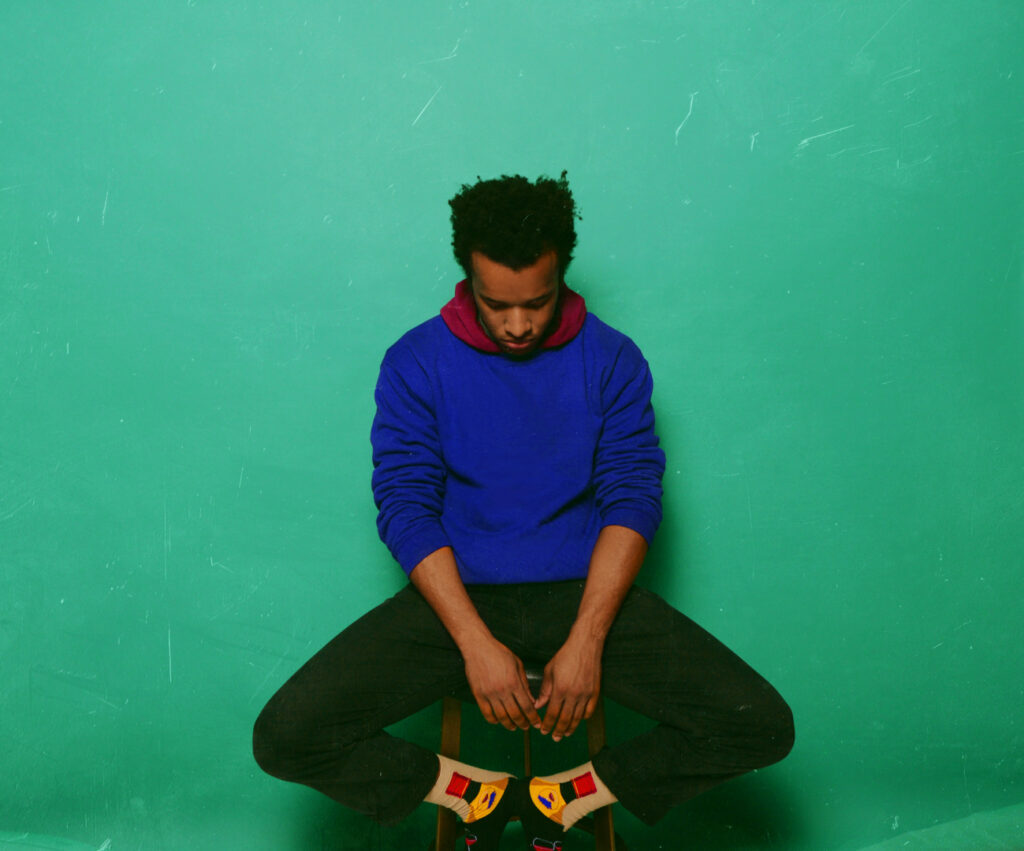 Your appreciation and admiration for the work of Outkast, especially André 3000, has been noticed on several occasions. What connections from them musically and sonically do you see and/or hear in yourself?

Man, I just always found a really strong infinity for what André [3000] was doing, but also I feel like Outkast was just so free-spirited in their creative process. Also, similar artists like Pharrell or in many cases even Kanye [West], but Outkast, I just felt like it was just from such a true place and them being from Atlanta and not necessarily having the East Coast, West Coast be the hub for what they were doing, but still just making music that stood out more than just hip-hop, you know what I mean?

You mentioned somewhere that you have an understanding of architecture and geography. As a spectator, one could say that it can be heard in the depths of your music and seen in your visuals and artwork. How important is adding that element of artistic expression to your artistry?

It’s hugely important. I’m very much into arranging and creating art and music from the ground up. So, I feel like my mindset is very geared towards that creative process. I’m definitely not the type of person who thrives in a very structured situation. I just think of stuff and I run with it. So, I think that type of thinking in relationship to architecture and the creative aspect of architecture are pretty similar. And geography, I guess I’m just fascinated by a lot of the moving parts that have to relate to each other in a seamless way and I feel like music production is very similar.

How do you craft a blueprint when you’re creating music?

It’s always going to be different. There are certain things like compression, reverb and EQ that are always going to be important to any mix. So, it’s really like knowing and understanding how to use those things and just adapting them to whatever sound you’re trying to get. But there’s never a right way to do it. It’s really just about feeling comfortable with how [a mix] sounds and having a room that you’re used to and just understanding that space.

Will fans see a repeat of two EPs this year or are you in the creative space to make a full-length album?

I think I’m probably going to put [Table of Context] out and a couple more singles and then probably a full-length project in early 2020 or late this year with all new material.

Is there anyone you’re interested in working with on your debut album?

Yeah, for sure. Maybe André 3000 (laughs)? That’d be dope. But I have no idea, though to be honest. I think I’ll have to see where things go. I can’t really predict that right now.

Stream Table of Context below. 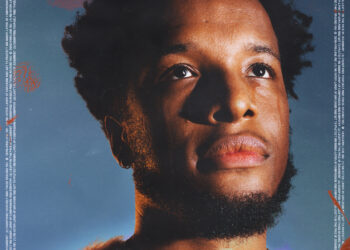 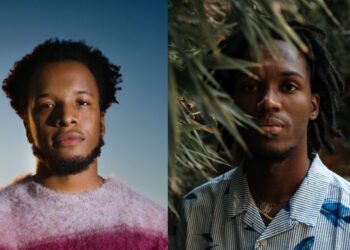 It’s no coincidence that Cautious Clay debuted another new song from his upcoming debut album Deadpan Love. The new Saba-featured...