Janet Jackson has a digital agenda in this era.

In celebration of the 30th anniversary of her path-breaking album Rhythm Nation 1814, the global superstar has unleashed the LP’s remix compilations on digital streaming platforms for the first time.

The collection of remixes is comprised of 90 tracks total from her nine mini-albums that were released after her 1989 album hit stores. Jimmy Jam and Terry Lewis, who contributed to the original work, had a hand in the re-imagined album versions.

Emerging hitmakers of that music era  — like Shep Pettibone, CJ Mackintosh, Dave Dorrell and Junior Vasquez — also put their spin on classic album cuts, including “Alright,” “State of the World,” “Miss You Much” and the title track.

In addition to the extensive remixes, the digital sets include three rare B-side recordings: “The Skin Game,” “You Need Me,” and “The 1814 Megamix.”

Back in May, Jackson re-released the remix compilation to 1987’s Control.

The Rock & Roll Hall of Fame’s inductee is currently on a celebratory tour for Rhythm Nation. Her next stop at Nib Stadium on November 8 in Perth, Australia. Tickets for this show and more are available here. 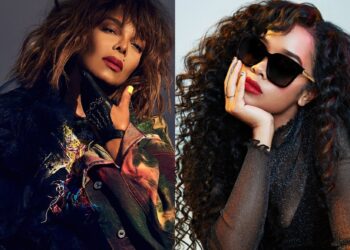