Sade Is Still Our ‘Lovers Rock’

A retrospective on the English band's stunning fifth album. 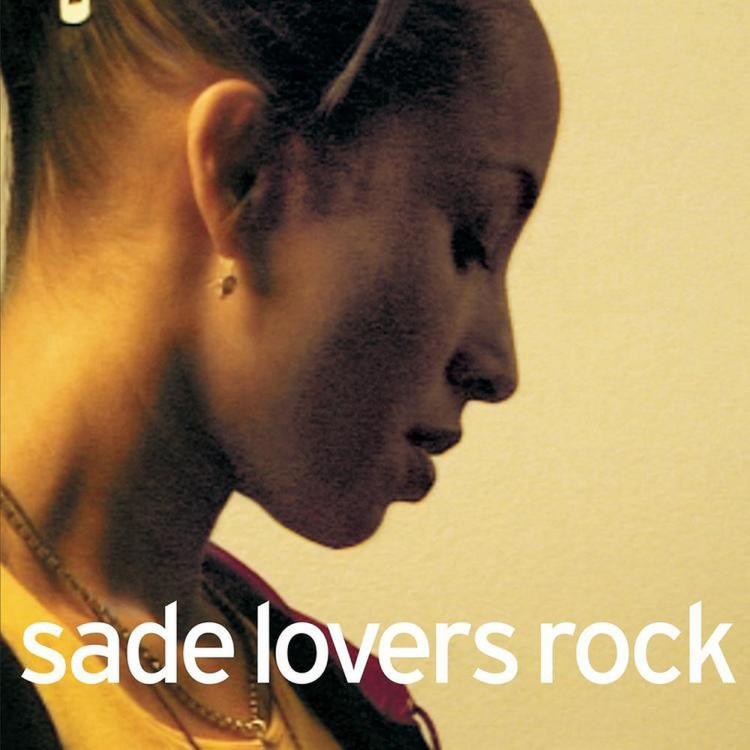 In 2018, at the start of the press run for her then-new album Lovers Rock, Estelle described it as a conceptual record that celebrated the timeless love of her parents. Its title and collection of romantic reggae had an apparent relation to a genre, where the U.K. was its stomping ground and had been since the late ‘70s.

Aside from unveiling the intimate tales of her parents’ love story, Estelle revealed in a guest DJ Booth profile that she discovered a part of herself that was missing. “I’d taken on the mantle of a sister, protector, defender, maker-righter, fighter,” Estelle wrote in her own words. “Nowadays, I feel like I can just be a proud daughter.”

Nearly two decades earlier, Sade Adu of English band Sade — also comprised of Andrew Hale (keyboardist), Paul Spencer Denman (bass guitarist), and Stuart Matthewman (saxophonist) — revealed in a 2000 interview with The Fader how her bandmates’ life experiences, as well as her own, inspired the group’s first album in eight years.

Released at the height of the neo-soul renaissance, Lovers Rock pivoted away from their familiar sounds of sophisticated jazz that made them a quiet storm mainstay. Instead, Sade reverted to a timeline when the poignant stylings of reggae were most prevalent and largely exclusive to its connoisseurs: Winston Reedy, Gregory Isaacs, Carroll Thompson, Dennis Brown, Freddie McGregor and Maxi Priest.

Based on Sade’s response to journalist Jill Rappaport in 2000 about their breakthrough hit (“Smooth Operator”), there was a sense of validity to the conscious move to conceive a progressive style of music, though the sonic direction wasn’t a new concept.

True to its title, Lovers Rock explores the state of solidity and what it means to be strong for those who rely on our resilience the most. “By Your Side,” offers a rock-solid case for the album’s overall theme. The enduring performer sings in a deep and slothful tone about standing adjacent to a loved one when the darkest hour strikes.

Upon reviewing the expressive lyrics and reflecting on life, especially during hardships, you typically have a particular interest in leaning on those who possess a certain level of dependability for love and support, rather than those who can’t withstand their own burdens, let alone those of others.

In reassessing the subject matter of “By Your Side,” one could get the impression that Sade might have suffered from the loss of someone that held great significance in her life during her hiatus, and is now faced to look to the sky for the courage to carry on.

The imagery of life transition plays out to some degree in the song’s music video, putting an emphasis on the sky and wind. These beautiful creations by God could represent certain heavenly messages, as it relates to receiving comfort and guidance from a spiritual protector.

All the while, Sophie Muller, a renowned music video director, was shielding the iconic chanteuse from her persistent camera shyness. “Some people love making videos. Sade doesn’t. It’s not her thing,” Muller exclusively told Rated R&B.

“She loves writing music and singing it. She doesn’t like being filmed, particularly. So I think I overcompensated by putting her at a distance in that video. After we made it, I had been too protective of her. I was worried that she would be uncomfortable, so I tried to put her in a comfortable situation but it didn’t work out like that because to have someone just walking around through a sort of fantasy world isn’t that comfort inducing.”

Words have power, especially when someone who consistently seeks your counsel hangs on to your every word. This sense of attentiveness imbues the innocently palliative “Every Word.”

Sade’s toasty voice here sounds like it lives in a chasm of credulousness, as she sings about a cheating lover whose insensitive behavior destroyed whatever trust she had left for him and their declining relationship. Through the mellifluous track that seamlessly intertwines dub reggae and acoustics, Sade coherently equates her naiveness to that of a child.

“Every Word” is not the only song on Lovers Rock that references children. “The Sweetest Gift,” a brittle guitar-laden tune, tracks a wordless conversation between Sade and the moon about permeating her young daughter with an undying light of protection.

Described also by Sade as “the love a mother has for her child,” the lullaby adheres to the idea that this unsighted luminosity that many children possess can prove valuable to those who are in need of reassurance. Their innocent nature in regards to everyday life could unknowingly transfer to you at challenging times.

Carrying your own troubles can be heavy enough. Trying to take on the weighty baggage of everyone else can pose an even greater detriment to your life and wellbeing. “King of Sorrow” is a gloriously-somber song, steered by an electric guitar and a Western aesthetic, where Sade figuratively embodies a patriarchal role and keenly wallows in communal suffering. Though she wears the shoes of a monarch figure, her ascendancy emits a powerless reign, at least when it comes to a collective source of misery. Taking a persona outside of herself is a strong point, according to Muller, who directed the largely domestic-themed music video for the album’s second single.

“When we made [the video], I thought, ‘Oh my God, this is so wrong, she’s amazing, you just have to give her character. Let her be a character.’ That’s what she’s great at, when she doesn’t feel like she’s being herself and she’s being a character,” Muller told Rated R&B.

Admit it: Sade completely threw themselves into “Somebody Already Broke My Heart,” and it worked to their advantage. While all members are finely playing their positions, like Hale’s aptly-timed organ and Denman’s smothering bass, Sade’s trance-inducing voice is by far the plaintive song’s biggest draw. Lyrically, Sade is still deeply distraught from a pre-existing condition of love’s affliction. In lamenting the different reasons why she must forestall another blow to the chest, she entrusts her new lover, who she deemed as her “savior,” not to administer another wrongful wrath of heartache.

Sade’s forte is sensualism, with it at the spine of the band’s most beloved standards like the soft rock “No Ordinary Love” and the lulling “The Sweetest Taboo.” On the titular track of Lovers Rock, Sade not only clings to the romantic form of reggae that their fifth LP is indebted to, but also to a robust and disguised hero, that is seemingly a rescuing metaphor for her own music. It’s a sultry innuendo that says: When the burdens of life become too much to bear, we can always turn to the positive interests in our lives to soothe, uplift, and reassure us.

Historically, cultural songs like “Slave Song” and “Immigrant” have been near and dear to Sade’s discography, lending her emotive voice to day-to-day struggles that are innately associated with the Black experience. The former is gallant spiritual that tracks the story of a captive Black protagonist as they await the boarding of a slave ship, or as Sade sings, “the belly of darkness.” At the time of the involuntary imprisonment and beyond, the brave man remains optimistic and forgiving of those who have enslaved him and his fellow Black brothers and sisters.

Twenty years later, “Slave Song” remains deeply affecting the context of racism in the current climate of today’s society for Black people. In the most trying times, this song can pose as a guiding light to keep the faith and remain steadfast in demanding change against racial inequality and the unjust killings of unarmed Black people at the hands of white supremacy. Like Sade, Jorja Smith, whose sound is heavily influenced by the influential performer, produces her own contemporary socio-political statements in declarations like “Blue Lights” and “By Any Means.”

While Lovers Rock evokes the spirit of the genre under the same name, we still bear witness to a band that isn’t out of touch when it comes to the popular music soundscape and its cornerstones. “Flow” is an epic immersion in love, with Sade’s limited undertones running through the rugged hip-hop backbeat with soothing finesse. At the album’s end, Sade succumbs to gospel on the impelling “It’s Only Love That Gets You Through.”

Sade’s voyage to Lovers Rock occurred without incident, resulting in a top 10 debut on the Billboard 200 after racking up first-week sales of 370,000 album units. The album won a Grammy in the category of Best Pop Vocal Album and eventually became certified triple platinum.

This year, the band re-issued newly remastered versions of their six studio albums in a vinyl box set and called it This Far. It was recently reported, and once-exclusively shared by Rated R&B, with commentary from Matthewman and Muller, that Sade are putting the finishing touches on their much anticipated seventh album. In a lasting career that spans nearly 40 years and music that soothes the mind, body, and soul, Sade has earned the right to release new material at their own discretion.

“You think I’d leave your side, baby / You know me better than that,” Sade sings at the beginning of the album’s lead single and opener “By Your Side.” If the first line in that particular Lovers Rock cut isn’t a strong indication of the unwavering love and support of their career-long fans, despite the long gaps in between releases, then here is the perfect time for the bandmates to playback this stunning album and become convinced all over again.

Revisit Lovers Rock by Sade below. 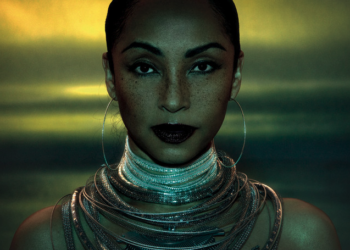