Jhené Aiko gives a colorful sneak peek of the Disney film Raya and The Last Dragon with the video for her new original song “Lead The Way.” The optimistic song is taken from the film’s soundtrack, which is out now.

For the colorful video, Aiko recruits Carlos Lopez Estradaseems, one of the Raya and Last Dragon directors, to capture the cultural and down-to-earth theme that she has been exploring in videos since her Trip album era. The self-proclaimed Disney fanatic had this to say about writing the track “Lead the Way.”

“I’ve always had this little fantasy of being a Disney princess, voicing one, or like being the character. And so this was the closest that I’ve gotten, so I was pretty excited,” Aiko told Apple Music.

She also mentioned her connection to the film by being born during the year of the dragon and bearing a dragon tattoo.

At the 2021 Grammy Awards, Aiko will be celebrated for her contribution to the world of R&B last year for Chilombo.

The album and its recordings received three nominations with two in the R&B field (Best R&B Performance, Best Progressive R&B Album), and one in the General Field (Album of the Year).

Ahead of the 63rd annual award show, the triple-nominee is set to host the Premiere Ceremony. It kicks off at 3 p.m. EST / 12 p.m. PST via GRAMMY.com.

Watch the music video for Jhené Aiko’s “Lead The Way” above. 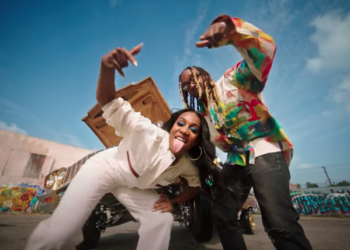