It will appear on her upcoming EP, "Habits."

Emerging singer Maeta has no issues with being transparent about the darker side of love. On her new single “Toxic” featuring Beam, she explores the complexity of remaining in a dysfunctional relationship.

Executive produced by Skrillex, “Toxic” finds Maeta and Beam in the midst of a heated argument where they ultimately make up.

“Make me feel relaxed when you get dramatic / I got soul ties when I’m tongue-tied with you,” Maeta sings over a calming production. Beam responds, “Hate it when you talk like that / Why you gotta act like that? Ricochet, f*ck you from the back / Toxic lovers, that’s that.”

Speaking on the inspiration behind “Toxic,” Maeta explained, “This song is about a very toxic relationship I was in and the back and forth that happens when you know you need to leave but the sex is way too good and you are way too deep into it even though you know it’s bad for you.”

She added, “I think we’ve all experienced it but I wanted to speak to it and let fans know I feel you. You know a relationship is toxic when it’s 90% bad but you stay for the 10% that’s good.”

“Toxic” arrives after her Buddy-assisted single “Teen Scene,” which was produced by Kaytranda, who recently made history at this year’s Grammy Awards as the first Black artist to win Best Dance/Electronic Album.

Both “Toxic” and “Teen Scene” will appear on Maeta’s forthcoming EP, Habits, out April 16.

Listen to “Toxic” by Maeta featuring Beam below. Watch the official video above. 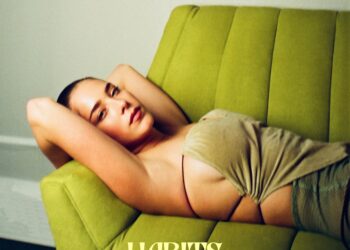 Rising singer Maeta has signed a record deal with Roc Nation.  "I can’t believe I’m officially part of the Roc...