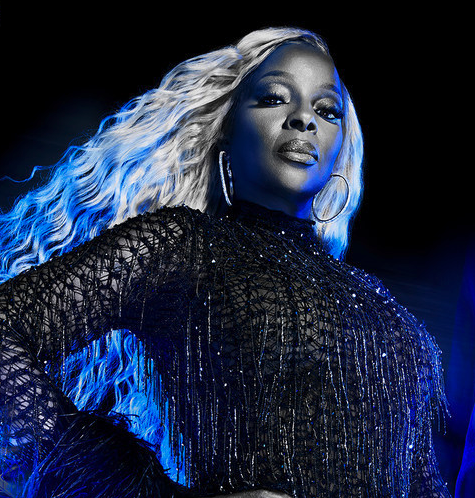 Mary J. Blige is coming back strong this era. The R&B legend will co-headline the Pepsi Halftime Show at Super Bowl LVI on February 13, 2022, at SoFi Stadium in Inglewood, California. She will be joined by hip-hop heavyweights Dr. Dre, Snoop Dogg, Eminem and Kendrick Lamar.

Blige made a special appearance at Super Bowl XXXV, where Aerosmith and *NSYNC headlined and invited Britney Spears, Nelly, and others to share the Raymond James Stadium stage in Tampa, Florida.

Super Bowl LVI marks the third year since 2019 that JAY-Z’s company Roc Nation partnered with Pepsi and the NFL to book the talent for the biggest event in football.

JAY-Z expressed his excitement for this all-star lineup, stating, “On February 13, 2022, at the Super Bowl LVI in Inglewood, CA, in the new SoFi Stadium, Dr. Dre, a musical visionary from Compton, Snoop Dogg, an icon from Long Beach and Kendrick Lamar, a young musical pioneer in his own right, also from Compton, will take center field for a performance of a lifetime.”

He added, “They will be joined by the lyrical genius, Eminem and the timeless Queen, Mary J. Blige. This is the Pepsi Super Bowl Halftime Show. This is history in the making.”

Blige will release the first single from her untitled 14th studio album sometime in October. After that, she eyes a November release for the follow-up to 2017’s Strength of a Woman. She recently was spotted in the lab cooking up new music with London on Da Track.

If new music wasn’t enough, on November 21, Blige is set to return to Starz to reprise her role as Monet Tejada in Power Book II: Ghost.

For more than two decades, Mary J. Blige has consistently put out solid albums. In that time, she has released...