by Keithan Samuels
in Performance, Videos
Share on FacebookShare on TwitterShare on Email

Before Yebba’s debut album, Dawn, releases this Friday, the West Memphis native teamed up with NPR to perform for its Tiny Desk (Home) Concert.

Filmed at New York City’s Electric Lady Studios, where Yebba also recorded Dawn, the 19-minute set opens with a stunning rendition of “Stand.” Her background vocalists — Niya Norwood, Schadrack Pierre and Brandon Pain — immediately pull in viewers with their impeccable harmonies. Yebba goes on to performing “Distance” and “All I Ever Wanted,” before closing out with “How Many Years.”

Dawn, which arrives on September 10 via RCA Records, will include features from A$AP Rocky (“Far Away”) and Smino (“Louie Bag”).

In other news, Yebba recently appeared on Drake’s record-shattering album, Certified Lover Boy, on the interlude “Yebba’s Heartbreak.” Earlier this year, she appeared on Lucky Daye’s EP Table For Two. 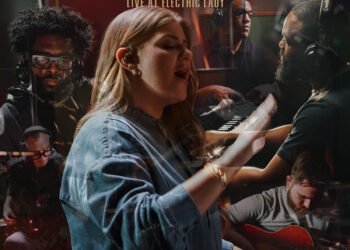