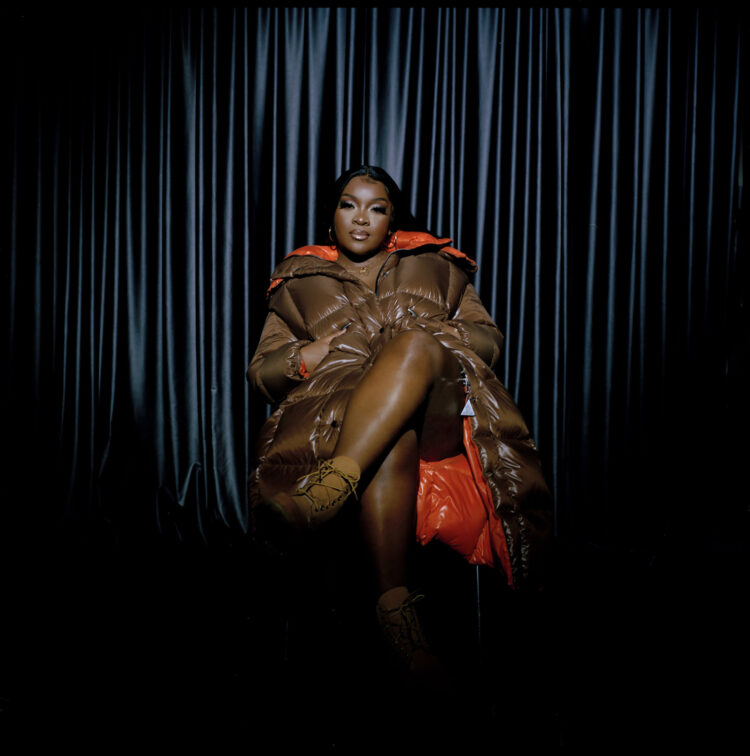 An artist spends all of their life preparing for their debut album. RAY BLK’s first proper album Access Denied, out now via Island Records, amalgamates some of her deeply personal experiences from childhood to adulthood.

As someone who has had their fair share of disappointments, especially when it comes to relationships, BLK naturally became a guarded person over time. When she first started working on her debut LP, she felt that those walls were getting in the way of expressing herself authentically. Furthermore, she realized that she was becoming too calculated for her own good.

“I felt like I was being a little bit fake or trying to strategize everything like, ‘I need to tick these particular boxes to get the song played on these radio stations and talk about this and make it sound like that,” she tells Rated R&B over a Zoom call.

With time and introspection, BLK was able to get more comfortable with the idea of sharing her truth and letting her guard down. She had to remember why she connected with certain artists growing up.

“I grew more confident just in my ideas and my own sonic. I started to open up and just be like, ‘All my favorite albums are my favorite because I feel like I relate to the artists. I feel like I know them,’” she explains.

She added, “I felt like I needed to open up more and let people know about me because it’s a part of the story. This is what the album is about — letting people know why I am the way that I am, how I got here and my struggle.”

In our interview with RAY BLK, the British Nigerian singer uncovers five tracks from the album.

I was thinking about what I would convey in the song, which was me valuing my space, my time and my peace enough to let go of somebody who was not valuing my peace and space. Over time, I’ve learned about how destructive toxic relationships can be to your mental [health] or how destructive being around someone who makes you question yourself, or makes you feel not good enough, affects your self-esteem. I wanted to put that into a record — saying the things that I’ve known from disappointment and from being devalued. This is the message that I want to share with people: Value yourself enough to leave and not accept toxic situations.

“25” is one of my favorite songs on the album. When I wrote it, I was at a precarious point in my life where I just felt a lot of pressure and had to have everything under control and know exactly what I was doing. I was in LA while making the album. I remember just feeling so disappointed because I came there with the hopes of working with certain people and a lot of stuff fell through. I got a lot of no’s and it just weighed me down. I wanted to speak about that feeling of pressure to deliver while you’re going through a quarter-life crisis.

We put these landmarks that validate our age. I think it’s ridiculous to be like, “Oh when I’m 30, I must be married and have a child or whatever.” I just feel like those things should not validate your age. It should just be about growing, learning, and being better than you were before from the things that you’ve learned.

So it’s funny, “Baggage” and “25” are my two favorite songs. “Baggage” was just me opening up about why I am the way I am, in terms of putting up walls and why it is access denied to people. Sadly, when you grow up around a toxic home environment, when you’re younger, it teaches you what that, you know, that’s where you first learn what love is. When it’s toxic, you learn that love is angry. It’s fighting. It’s breaking up and getting back together. It creates these fears in you to let people in.

It’s not even just in a relationship but in friendships and colleagues. It makes you scared of disappointment and rejection. To avoid that, it’s like, “Yeah, we can be cool. We can be friends. I know how friendships are where we tell each other the innermost workings.” I’m like, “What are you going to do with this information? Are you going to use it against me?” Or if we now split up, am I going to feel so alone without you because you are the person that I told everything to? It doesn’t allow for real intimacy in any sort of relationship. I just wanted to put that into a song.

When I made “Dark Skinned,” there was a lot of discussions around race. In the midst of the pandemic, we had the sad passing of George Floyd, which was a catalyst to a lot of important conversations about race. A lot of it just felt so heavy where it started to feel like being Black was a disadvantage. Then we talked about colorism and I just hated that all of the discussion felt so negative. I didn’t feel that we were celebrating Blackness enough.

Of course, we live in a world that is predominantly racist, but I also feel like there’s so much to be celebrated: our culture, our skin, our hair, our fashion, our music, our talents, our inventions, and even just how far we’ve come. I wanted to put that into a song to just be like, “I love being Black.” This is not a disadvantage to me. It’s a superpower. I love my Black beauty. I love my hair and it’s to be celebrated. I don’t want to constantly only talk about the Black struggle.

It feels exclusive to women, but it isn’t. I wanted to make a song that felt like a strip club anthem — something you can twerk to because that’s a big part of my personality and how I express myself. I wanted it to also be empowering and to remind people to get in that bag and be a boss. Don’t be afraid to flex. Don’t be afraid to feel yourself, especially as a woman. You possess so much strength and beauty. Embrace your sexuality and just go out there and celebrate yourself. 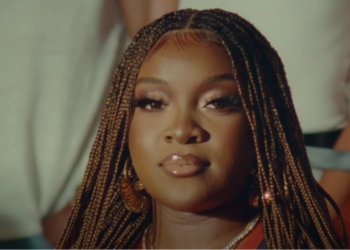 Ray Blk’s new video for “MIA” featuring Kaash Paige will have fans ready to crank up the grill for a... 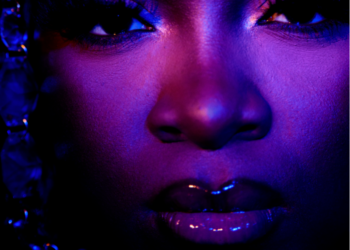 Ray Blk has created a strong password for her upcoming debut album, Access Denied, which arrives on September 17 via Island...