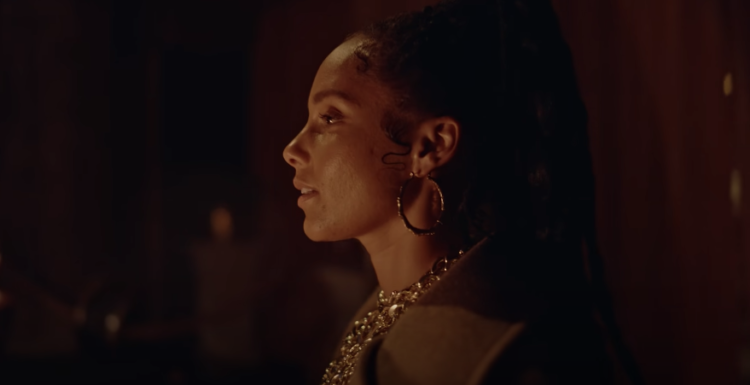 Alicia Keys is on a roll promoting her latest album, KEYS, which she spoke candidly about with Rated R&B.

As a bonus to fans enjoying the new release, the multi-awarded musician tells more of the story behind it with a 13-minute featurette titled KEYS: A Short Film.

It is divided into three chapters, one of which is dedicated to her star-studded video for “LALA (Unlocked)” featuring Swae Lee.

Keys has a young admirer that follows her from start to finish in the short. Find out who she is and her importance to Keys by tuning in below.

After releasing KEYS, she gained her 23rd top 10 single (“Best For Me”) on the Billboard Adult R&B Airplay chart. She also dropped a few videos for album cuts, including “Come For Me (Unlocked)” with Khalid and Lucky Daye.

On Tuesday night (Dec. 21), Keys hosted a guest-filled Twitter Spaces conversation to support KEYS. She ranked all eight of her studio albums during the lengthy chat, crowning her latest as the best. She also revealed that she is leaving RCA Records.

At next year’s Grammy Awards, which takes place Monday, Jan. 31, 2022, Keys is nominated for two awards. She’s up for Song of the Year (“A Beautiful Noise” with Brandi Carlile) and Best Immersive Audio Album (ALICIA).

Watch KEYS: A Short Film by Alicia Keys below.