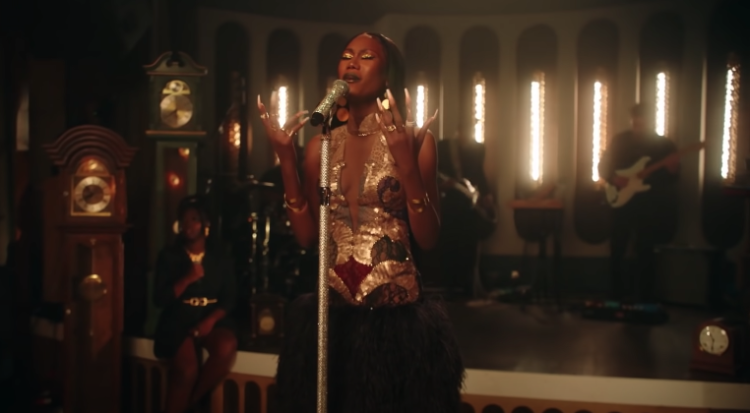 On Monday night (Feb. 21), Muni Long enjoyed her first late-night television show performance when she served as the musical guest on The Tonight Show Starring Jimmy Fallon. She performed her viral hit “Hrs and Hrs.”

In a setting accessorized by tons of clocks, Long starts the live take in beautiful harmony with two background vocalists before getting right in front of the camera to display her astonishing vocal ability.

This debut performance is just the right vehicle for Long to cultivate an even stronger devoted audience.

“Hrs and Hrs” put Long front and center with the public after its release last November.

The song, taken from her Public Displays of Affection project, helped extend her fame beyond her songwriter credits, surpassing more than 41 million listens on Spotify.

Currently, “Hrs and Hrs” is ruling the top of Billboard’s Hot R&B Songs chart. It also grown legs on the Hot 100, making it to No. 16 so far.

Right before Long’s popularity grew exponentially, she spoke with Rated R&B to break down the creative process of each track from her most recent EP, including “Hrs and Hrs.”

“I decided to listen to some tracks while I was washing dishes. This came up, and I just started freestyling… I think I wrote the song in maybe 20 minutes,” she revealed.

More of Long can be seen when she makes festival appearances in the coming months. She’s booked for the Broccoli City Festival in Washington, D.C., and the Roots Picnic in Philadelphia, Pennsylvania.