The Maryland native, signed to LVRN, talks about his musical upbringing, his upcoming debut EP and more. 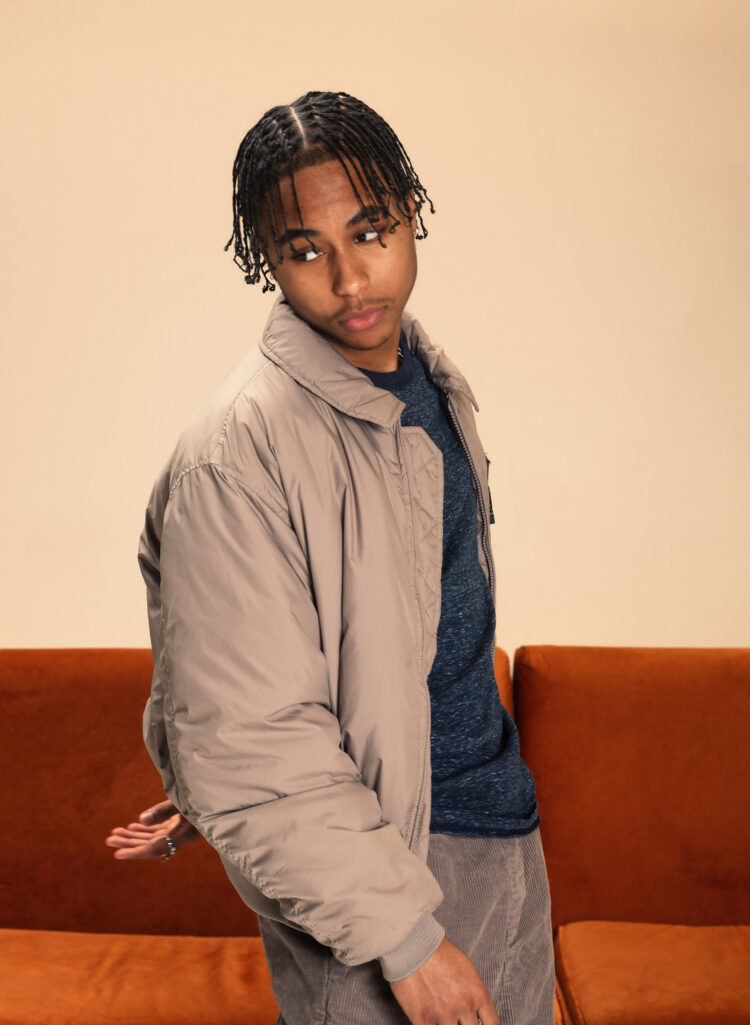 Eli Derby is a goal-setter. “I’ll have a platinum record in the next 3 years,” he tweeted in August 2021, just a month before releasing his debut single “Gaslight.”

The 18-year-old singer may not be a household name yet, but he’s certainly focused on carving out a pathway to stardom.

“I want to be a mainstream artist,” he affirms to Rated R&B over a video call. “I’m not just doing this just for fun. I see myself doing this full-time as a career. Music is life. This is what I want to do.”

i’ll have a platinum record in the next 3 years

Since his early childhood, Derby has always been involved with music in some capacity. It’s no surprise since the Oxon Hill, Maryland, native comes from a musically inclined family.

His mother attended Duke Ellington School of the Arts in Washington, D.C., which included notable alumni such as Johnny Gill, Stacey Lattisaw, Dave Chappelle and even Ari Lennox.

Meanwhile, his father was among the first students admitted to Suitland High School’s Center for the Visual and Performing Arts program, where he studied theater.

Like many R&B acts, Derby’s introduction to music came from his upbringing in church. Derby’s grandfather was (and still is) a pastor and his mother was a part of the praise team.

“I was around a lot of musicians from a young age,” he says. Around the age of five, Derby began playing the drums at his church. He was a drummer for about five years before moving on to the piano.

When he wasn’t playing an instrument, he was spending time on YouTube at home, which ultimately sparked an interest in producing music. “I found out how to produce [music] that way — by searching on YouTube,” he tells Rated R&B.

“Around 12 or 13, I saw Ed Sheeran and Justin Bieber on YouTube. I was just like, ‘These guys are selling out stadiums with just them and the guitar. This is insane.’ I didn’t really see a lot of people that were of Black descent playing guitar. I thought it could make me different, so I decided to pick that up.”

At first, Derby was just focused on producing. However, his father ultimately encouraged him to explore using his gift of voice. “I did not want to sing. I hated singing,” Derby reveals. “My dad was like, ‘You should really do this. You have a voice and you have talent.’ Ever since then, I have just been singing.”

As Derby honed in on his vocal talent, he started sharing covers of popular songs on YouTube, including a piano-laden rendition of Ella Mai’s hit “Boo’d Up.”

Derby wasn’t just posting covers. With the help of his father, he started developing himself as a performer, appearing at different venues and events around the DMV area. His hard work paid off, joining Love Renaissance’s (LVRN) roster that includes acts such as 6LACK and Summer Walker.

With two singles dropped this year, including the recently released “Lately” featuring 6LACK, Derby has his eyes set on his debut EP. In an interview with Rated R&B, Derby chats more about his upcoming project, signing to LVRN/Interscope Records, collaborating with 6LACK and more.

You’re one of LVRN’s newest signees. From what I see, I think the label does a good job at seeking and molding talent early on in their careers. What attracted you to that label?

Since I’ve signed with LVRN, it’s been amazing. I’m not just saying it to say it. I was talking to different labels before I even signed with them. But, what separated [LVRN] from them was the family vibe. It just felt like they were hungry, I’m hungry, five young Black entrepreneurs that really want to be successful and just grow with me. It just really made sense.

You just dropped your third single “Lately” featuring 6LACK. What was the inspiration behind this song and what made 6LACK a good fit for it in particular?

So, “Lately” is different. It’s a slow jam. That’s where I think I really wanted 6LACK. I was like, “I don’t hear anybody else, but him.” Shout out to the big homie. “Lately” is about reflecting on a relationship that I went through — the chemistry, the history and just being best friends because the person I’m talking about was my best friend. It ended in a weird space, if that makes sense. I’m just reflecting on the past, honestly.

So far you’ve released three songs, all of which will appear on your debut EP. What was your intention when creating the project?

The project is called Left On Read. It’s basically about the lack thereof, that generation Z — my peers and my friends — have grown up in a society where since we were babies, we’ve had technology at our hands at our fingertips versus the older generation had the flip phones and even no phones. Left on read is the concept that we’re so comfortable with just digital. We don’t want to see face-to-face. We don’t want to have in-person communication.

For example, “Gaslight” is about, in a way, being left on read — the mental and psychological manipulation of just being gaslighted and left on read. I co-produced that one, as well with my Dahi, who’s done work with Tyler, the Creator and Kendrick Lamar.

“Love Song” is more of a “I’m in love” type shit. I wrote that one in [Los Angeles], it was my first time ever being out there. I say these lyrics, “Lipstick staining on my left brain / Got me thinking insane thoughts about you / Like when we hung out on Friday / Took you home and still Facetimed until two.” So sort of going back on that in person to in person, but also, we grew up in this generation where we have FaceTime, Uber, just that sort of thing.

Is there a release date set for the project?

It should be out around April.

Whether you’re a new artist or established artist, everyone is vying for consumers’ time in order to have them stream their music. How do you hope to capture people’s attention with your music?

Well, this is my first project that I ever put out — my first EP with a label. I really want people to take away growth through the project. It starts with the intro. Then, it goes to “Love Song,” “Gaslight.” There’s a bit of a story there — just growth. Sometimes it’s sad, sometimes it’s bad. Sometimes you have to let people go. There’s a song on the EP where I just talk about just letting go. Like, you have to leave n****s in the past and move on. I’m still doing that myself, honestly. I got a DM from an old friend and I just was like, “Do I respond or do I not?” You really have to let people go, it hurts, but you do. 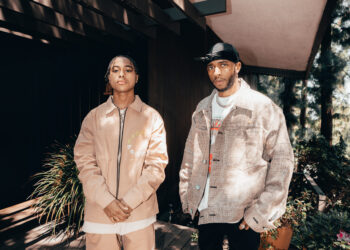