The Weeknd Announces ‘After Hours Til Dawn Tour’ With Doja Cat 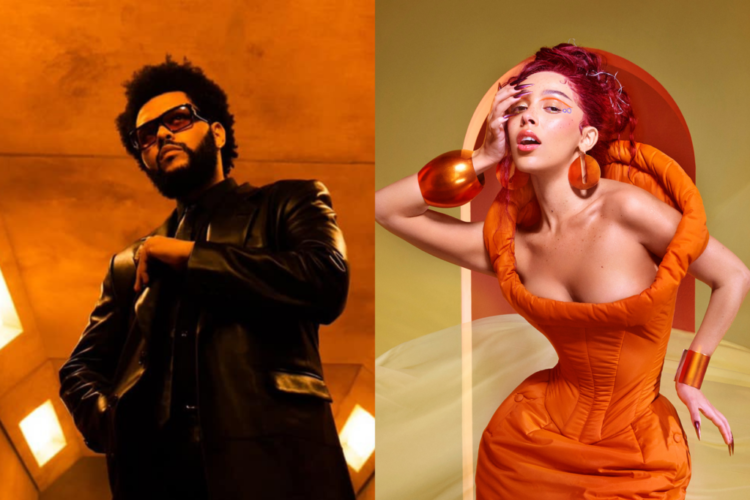 The Weeknd has finally announced the rescheduled dates for his After Hours Til Dawn Tour. Genre-bending artist Doja Cat joins him as a special guest. The two collaborated on each other’s songs.

Doja Cat appeared on The Weeknd’s “In Your Eyes (Remix)” and he appeared on her song “You Right” from her Planet Her album.

The tour will kick off on July 8 at Rogers Centre in The Weeknd’s hometown Toronto, Canada.

Continuing to perform in stadiums across the U.S. and Canada, the global superstar play in major cities, including Philadelphia, Chicago, Washington, D.C., Atlanta, Las Vegas, and San Francisco.

He’ll conclude the first leg of his After Hours Til Dawn Stadium Tour on Sept. 2 at SoFi Stadium in Los Angeles.

According to the press release, additional dates for other parts of the world will be announced soon.

Tickets will be available via his official website on Thursday, March 10 at 10 a.m. local time.

Keeping his promise, The Weeknd offers After Hours ticket holders, for shows in North America, special access to pre-sale starting Friday, March 4. An email is expected to be sent with additional details.

Meanwhile, other exclusive pre-sale offers are available through Verizon, Spotify, and Live Nation.

As a goodwill ambassador for the United Nations (U.N.) World Food Programme, The Weeknd is committed to donating $500,000 to end world hunger through his XO Humanitarian Fund.

Each ticket sold in North America will have $1 extracted and designated to this fund combined with a $1 million pledge from World Food Program USA.

In other news, The Weeknd was honored with the IFPI’s 2021 Global Digital Single Award for “Save Yours Tears.” The song is taken from his 2020 release After Hours.

Back in January, The Weeknd released his most recent album Dawn FM. It made a huge splash on the charts led by the successful launch single “Take My Breath.”

He later reissued the album as an expanded version.

On the collaboration side, The Weeknd appears on tracks by FKA twigs and Aaliyah.

For those interested in seeing how The Weeknd makes the stage his own, he performed his Dawn FM album in collaboration with Amazon Prime Video.

The Weeknd’s After Hours Til Dawn Tour Dates