The focus track from Brown's latest album is climbing up the R&B charts.

Directed by Evrard Solomon, the video begins with the two R&B gents joining gorgeous women at the bar of an upscale lounge. After buying a round of drinks and promising the bartender that he’ll liven up the spot, Brown heads to the stage and performs the song.

During Brown’s set, the video pans to Tank basking in the company of those beautiful ladies mentioned earlier. Keeping good on his promise, Brown vivifies the club with crowd participation. You’ll have to watch to see how the night ends.

Speaking on working with Tank on “Don’t Rush,” a sexy song in which the R&B general pitched, Brown said, “Tank is my absolute favorite artist and this was a dream come true to be in the studio with him again.”

He added,” ‘Don’t Rush’ spoke to both of us as it’s a sexy sensual song that we thought women around the world would love to hear from us.”

In the recent issue of Billboard (June 11), “Don’t Rush” has reached No. 14 on its Adult R&B Airplay chart after ten weeks.

“Don’t Rush” is the lead single off of J. Brown’s debut album, Chapter & Verse. Other songs on the project include “Simpin'” and “My Queen.” The first of the two has an accompanying video.

Brown will embark on a nationwide tour supporting the album beginning June 13 in Detroit and ending on June 23 in Milwaukee. Tickets are available here. 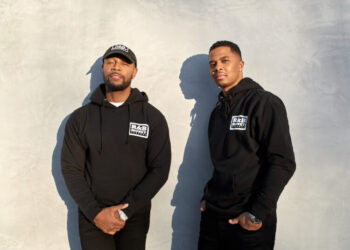 Tank has teamed up with his manager and occasional R&B singer J. Valentine for his new single "Slow" from his...