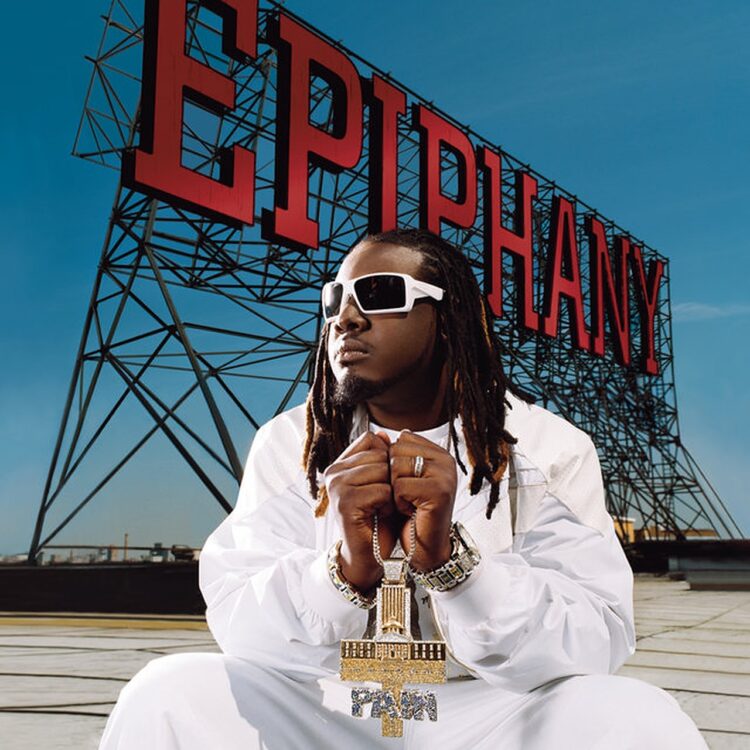 No one should be surprised that T-Pain is still collecting certifications from the Recording Industry Association of America (RIAA).

While on his Road to Wiscansin Tour, the rapper-turnt-sanga’s sophomore album Epiphany graduated to double-platinum status with more than two million equivalent units sold. It becomes his only album to climb over the multi-platinum level.

Released on June 5, 2007, Epiphany debuted at No. 1 on the Billboard 200 after scanning 171,000 in its opening week of sales. His first number-one album featured the hit singles “Bartender,” featuring Akon and the Yung Joc-assisted “Buy U a Drank (Shawty Snappin’).”

Both songs recently hauled in new RIAA awards. The last-mentioned smash just roared past the 7x multi-platinum mark. It reached the No. 1 spot on the Billboard Hot 100 in May 2007, marking T-Pain’s first chart-topper on this list.

His Akon-guested track “Bartender” is now certified 4x multi-platinum. The song peaked at No. 5 on the Hot 100 in September 2007.

In May, T-Pain secured a gold single for last year’s “I Like Dat” featuring Kehlani. It was highlighted as his first certification as a lead artist since 2015’s platinum “Up Down (Do This All Day)” featuring B.o.B.”

T-Pain has released new music within the last year, including Twitch-created song “I’m Cool With That” and most recently, “That’s Just Tips.”

Currently, T-Pain is performing nationwide on his Road to Wiscansin Tour. The trek leads to his self-curated Wiscansin Fest dated June 11 at The Rave / Eagles Club in Milwaukee, Wisconsin. Ticket details are available on his official website.