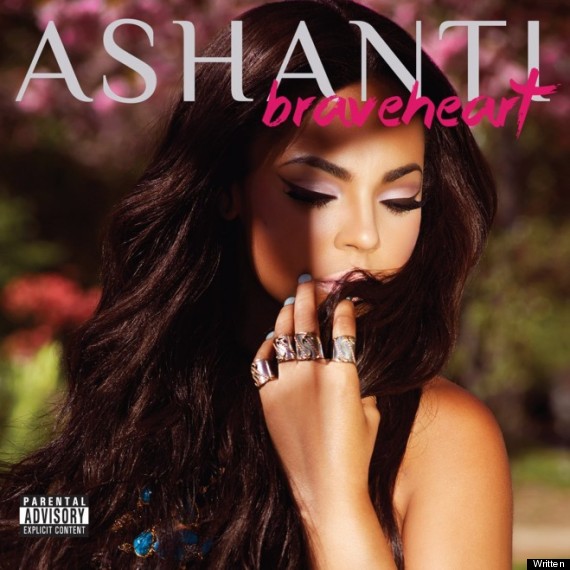 Achieving back to back success in the music industry is hard to come by. However, R&B veteran Ashanti made it look easy with the release of her first three studio albums (“Ashanti,” “Chapter II,” and “Concrete Rose”). While her winning-streak was mainly fueled by the backing of Murder Inc, it all came to a stretching halt once she was released from her long-time label home in 2009. Like a ship without a sail, the last few years fans have watched her try to reach a level of success on her own as the CEO of her independent label, Written Entertainment. Yet, it has been a struggle to release her “Braveheart” album without any strategic planning, a strong lead single and having a slight dose of irrelevancy.

Nonetheless, Ashanti has finally delivered her long-awaited fifth studio album “Braveheart.” Now while I could go on and on about how many times she postponed the album release date or why she doesn’t have a hit song on the radio now – I won’t. I’ll let her be great in her moment of glory as she celebrates the release of her new album.

Now if you’re a die-hard fan, a closet fan or even a hater of Ashanti, you already know her last studio album “The Declaration” dropped in 2008. Basic math counts nearly six years since we’ve heard a full project from the “Only U” artist. However, without further ado, let’s jump on our horses saddle and take a journey through this album.

Inspired by the Oscar-winning war film “Braveheart,” Ashanti starts her 13-track set with a self-assuring “Intro.” After surviving battles of betrayal and having naysayers count her out of music industry, she reminds herself and her loyal followers, she isn’t through. “I will continue to thrive/continue to prosper/I will continue to be brave/I am Braveheart,” declares Ashanti.

Following her nearly two-minute “Intro,” the “Carry On” diva goes into the album’s title-track , where it begins with her chanting the words “Braveheart.” Instead of capitalizing on what she spoke about in the “Intro,” she takes another direction. She decides to sing about tales of being an obnoxious lover who can act up because her shortcomings are swept under the love rug by her pushover of a man.

Ashanti coos on the imperfects relationships face when two people love each other on “No Where.” However, she promises her man, no matter what love obstacles come their way, she won’t throw in towel that easy. “And I ain’t gonna sleep until I see your face/even though I’m mad/I’ma fix your plate/And ain’t no other man that can take your place/believe me.”

After visiting “No Where,” we stop at track-three, “Runaway.” Reminiscent to Mary J. Blige’s early hip-hop soul sound, the LL Cool J (“I Shot Ya“) sampled record finds Ashanti realizing it’s time to pack up her things and leave her trifling mate who’s stepped on her heart more than enough.

Next, Ashanti supplies stripper’s a new twerk anthem called “Count” that’s sure to stack them enough one’s for a new sew-in. Then, she trails to the DJ Clue produced-track “Early in the Morning” featuring French Montana, who provides a verse and the chorus, sounding almost identical to auto-tune’s incumbent king Future. After that, she goes back and forth, between “I love you” and “I hate you” on “3 Words.”

Ashanti teams with “Birthday Sex” crooner, Jeremih on track-seven, “Love Games,” where the two use classic children’s games like hide-and-seek, duck duck goose and red light, green light to spice up their sex life. “You kiss me there/I’ll kiss you back/let’s play a game/you got my front/I got yo back,” sing Jeremih and Ashanti.

The “So Over You” singer/songwriter revisits old “Scars” on the L.T. Hutton-produced cut. In an interview with Hot 97, she called the song a “deep record” — and that it is. Arguably the best track on the album, Ashanti uses her breakup with St. Louis rapper Nelly to fuel the painful lyrics. “Yeah, he’s a walkin’/talkin’/living regret/I wish I never met him, never slept wid him/never involved myself./if I would have known better/I would have never stayed together with you.” Afterwards, she breaks into a first aid kit monologue discussing the meaning behind “Scars.”

Trotting over her Best Independent R&B/Soul Performance winning number, “Never Should Have,” the “Feel So Good” songstress exudes confidence to her mate on the Mansur Zafr-produced jam, “She Can’t.” Using the similar approach of her top 30 R&B hit “Good Good,” Ashanti makes it perfectly clear to her man, he won’t find another woman like her. “She can’t love, she can’t touch you like, oh/she won’t ’cause she won’t fuck you like, oh/she ain’t got a body like mine/face like mine/the brain not like mine.”

Cantering towards the end of the album expedition, “Don’t Tell Me No,” a potential crossover tune crosses through the ears of listeners before Ashanti flaunts her success of the Rick Ross-assisted single “I Got It.” Then the excursion concludes at the island with her Caribbean-infused cut “First Real Love” featuring Beenie Man a.k.a. “King of the Dancehall.”

For starters, kudos to Ashanti for finally releasing “Braveheart.” When she said, “A lot of people counted me out,” in the “Intro,” she was talking about me. I have to admit I thought this album would never see its way to a Target…let alone a Chinese beauty supply store. So I tip my hat off to her.

Aside from delivering her long-overdue album, Ashanti wasn’t afraid to take risks with this project. She dabbled into several different radio markets including the Top 40 (“Don’t Tell Me No”), Rhythmic (“Count”), Urban (“Early in the Morning”) and Urban AC (“No Where”). This could create several opportunities for potential single success for the “Concrete Rose” veteran — if promoted strategically.

While I would love for Ashanti’s “Braveheart” album to be heard without any flaws, I noticed a few. One, after she shared her Sunday morning testimony on the “Intro,” it was a little expected that the album’s title-track would reinforce the inspirational opening. However, she totally missed the mark with the title-track when she used it to sing about her annoying behavior in a relationship.

Second, it was much appreciated that she revamped her “Braveheart” album tracklist from its previous one. However, she missed one little thing on the new one — axing her guest appearances. Ma’am, fans haven’t gotten a full project from in six years. So basically, you’re a new artist again. This new generation of music is a “What are you doing for me at the present moment in time?” Therefore, she should have used this new platform to reintroduce herself as a more seasoned singer and a more mature songwriter. While I won’t comment on her singing ability, I will note that her songwriting hasn’t grown-up. I heard “you won’t find another to do what I do” too many times. Like girl, you’re still rolling your neck and referring to other women? It’s overdone.

Now while Ashanti made herself available to all types of radio markets with this album, she should have stuck primarily to rhythm and blues. The album almost sounded like a compilation of her unknown hits. Songs like “Count” and “Early in the Morning,” aren’t typical tunes heard by of the former Murder Inc frontwoman. The two tracks should have been shopped to Miley Cyrus and Rihanna to earn her a few dollars for Written Entertainment. Her fifth studio album would have more listenable from start to finish if there were more R&B/contemporary records like “No Where,” and “Runaway.” However, life isn’t always as sweet as grandma’s apple pie.

Nonetheless, I acknowledge her effort.

Album Rating: 3 out of 5 stars
3 Must Listens: “No Where,” “Scars,” and “Runaway”
Single Worthies: “No Where,” “Count” and “Early in the Morning featuring French Montana.

Ashanti is once again dipping her toe in the acting pool. The Grammy winner has accepted a starring role in... 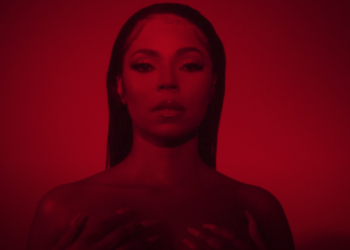 Just days after premiering her new single "2:35 (I Want You)," Ashanti follows up with a supporting video. In the...