by
in Chart Check

Welcome back to another edition of Chart Check! Each Friday, Rated R&B provides a detailed insight into the weekly chart movements of your favorite R&B artists and R&B songs. In this updated format, we will discuss Billboard’s Adult R&B Songs (Urban AC) and Mainstream R&B/Hip-Hop National Airplay (Urban) charts extensively. Read below for more information on the week of August 12, 2017:

SZA and Tamar Braxton are holding it down for the ladies of R&B on both Urban and Urban AC radio. On the Urban radio chart, SZA scores her first Top 10 as “Love Galore” lifts 11-9. Serving as the lead single for her Ctrl album, the Travis Scott-assisted hit gained 353 spins on urban radio in the latest tracking week. Tamar Braxton also got some love for her single “My Man,” as it received two adds and 387 radio spins this week. The song is No.4 on Urban AC radio.

On the Urban AC chart, “My Man” remains at the No. 5 spot but gains a 121 spin increase at Adult R&B radio, the second most for the week. Meanwhile, “Love Galore” is gearing up to impact the Urban AC radio format with six radio adds this week.

Mary J. Blige continues to find success from her latest album, Strength of a Woman, as “Set Me Free” soars on the Adult R&B chart. The rising single had the most increase in radio spins and was the second most added song on Adult R&B radio in the latest tracking week. Billboard deemed it the “Greatest Gainer” on this week’s chart.

On the mainstream side, DJ Khaled’s “Wild Thoughts” is officially the No. 1 song on Urban radio as it rises 3-1 this week. The saucy single, which features hitmaker Rihanna and leading R&B artist Bryson Tiller, is up 532 spins on urban radio, and holds an audience of almost 33 million people. It remains at the No. 2 spot on Billboard’s Hot 100 chart.

New Developments: Demetria McKinney and After 7

After weeks of flirting with the Top 10 spot the past few weeks, Demetria McKinney finally earns her first Urban AC Top 10 this week as “Easy” rises 12-10. The slow-burning single saw a 56 spin increase at Adult R&B radio this week. McKinney also unveiled the cover art and details to her upcoming debut album Officially Yours this week, which is slated for an Oct. 6 release.

After 7 is also on the move this week; they’ve selected “Too Late” as their new single from their latest album Timeless. The song got 12 adds on Urban AC radio, which is tied for most adds this week. Their current single “Runnin’ Out” firmly holds at the No. 4 spot this week.

In quick notes: Will Downing has released his new single “I’m Feeling the Love” featuring Avery*Sunshine. Receiving 4 adds on Urban AC radio, It will serve as the lead single for his upcoming 20th studio album Soul Survivor, due on September 22. LeAndria Johnson is all set to land onto the Adult R&B chart next week with her inspirational tune “All I Got,” as it sits at No. 31 this week. The single is lifted from the gospel singer’s newly released album Bigger Than Me, which was executively produced by R&B heavyweights and dynamic production duo Chuck Harmony and Claude Kelly. Vivian Green is back on the R&B scene with her new single “I Don’t Know.” The first offering from her upcoming sixth studio album, the track gained 12 adds at adult R&B radio this week.

Enjoyed this week’s Chart Check? How well do you think Tamar’s “My Man” will do on Urban radio? What’s new R&B singles are on your playlists? Any R&B specific questions? Let us know in the comment section below. 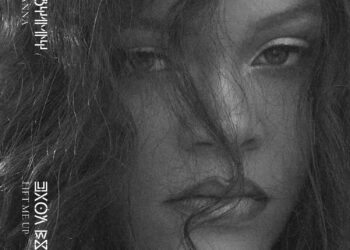 The Academy of Motion Picture Arts and Sciences has unveiled its roster of nominees for the 95th Oscars. Rihanna scores...