Welcome back to another edition of Chart Check! Each Friday, Rated R&B provides detailed insight to the weekly chart movements of your favorite R&B artists and R&B songs. In this updated format, we will discuss Billboard’s Adult R&B Songs (Urban AC) and Mainstream R&B/Hip-Hop National Airplay (Urban) charts extensively. Read below for more information on the week of September 30, 2017:

R&B Vets on the Rise

The living legend herself Toni Braxton is back on the R&B scene with her new single “Deadwood.” The bluesy tune received a whopping 26 adds on R&B radio, making it the most added song of the week on R&B formats and the second most added song across all urban radio formats. In an interview with the co-hosts from E!’s Daily Pop, Braxton cites singer and “musical husband” Babyface as the catalyst for “getting her mojo back,” as “Deadwood” is her first solo single release in seven years. This song is the first offering from Braxton’s Sex and Cigarettes album, which will be her eighth solo studio album. The album is set to be released in early 2018.

Speaking of living legends, Mary J. Blige proves to be a consistent hit-maker as her current single “Set Me Free” bumps up 11-10 on the Adult R&B chart in the latest tracking week. This is her 22nd top 10 on the chart, tying R&B legend Gerald Levert for most top 10s on the Adult R&B chart. Her reign began in 1994 with her My Life cut “Be Happy,” which peaked at the No. 8 spot. Blige has already announced that “Glow Up,” featuring Missy Elliott, DJ Khaled, and rapper Quavo, will be the next single from her album Strength of a Woman, which was released in April.

Are you the 9-5, the weekend, or both? SZA has selected fan-favorite “The Weekend” as the official second single from her breakout album Ctrl. SZA has been working hard as of late between her headlining tour, original music for the Insecure soundtrack, and her feature on Maroon 5’s “What Lovers Do.” It’s also been reported that Solange Knowles will be directing the music video for “The Weekend,” which sits at the No. 40 spot on urban radio this week. Her lead single “Love Galore” rose 25-23 on the Urban AC chart, garnering a 40 spin increase in the latest tracking week.

Childish Gambino has finally selected a new single! “Terrified” was sent to R&B radio this week, racking up five adds. This is the second single from his 2016 album Awaken! My Love. Lead single “Redbone” made gains in its 40th week on the urban AC chart, increasing 63 spins since last week’s tally. The song holds at No. 3. Elsewhere, congratulations are in order for Gambino, who is known as Donald Glover professionally, for winning two Emmy awards this past week: the win for Outstanding Lead Actor in a Comedy Series and for directing a comedy series for FX’s Atlanta, which he created, directs, and stars in.

And in quick notes: The Weeknd has sent “Die For You” to urban radio, receiving 15 adds in the latest tracking week. The Starboy cut now sits at No. 28 on the Urban AC chart; Will Downing’s collaboration with Avery*Sunshine “I’m Feeling the Love” sits just two slots below the official Urban AC chart this week. It’s the lead single from his brand new album Soul Survivor, which released today; Jhené Aiko’s breezy jam “While We’re Young” has finally landed on the urban charts at No. 39 this week. It’s the lead single for her new, surprise album Trip, which includes features from Brandy, Chris Brown, and more; Chris Brown is riding high on iTunes and on the charts with his new single “Pills and Automobiles.” The song had the biggest increases in spins at urban radio (395) and now sits at No. 23, rising seven spots since last week; Lastly, Rihanna continues to make chart moves as Kendrick Lamar’s “LOYALTY,” which she is featured on, rises 5-4 on the urban radio chart. The song is making unprecedented gains in its 13th week on the chart, and will be looking to overtake DJ Khaled’s “Wild Thoughts” at the No. 3 spot next week.

What about you? Do you like Toni Braxton’s new single? Will you be purchasing Jhené Aiko’s surprise album? Did you enjoy this week’s Chart Check? Leave all of your comments in the designated section below! 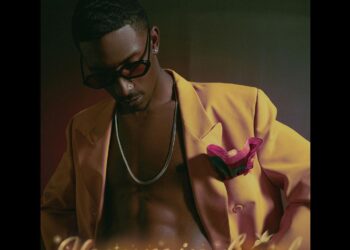