Interview: Tank Talks ‘Savage’ Album, Being Placed in a Box on Radio and more 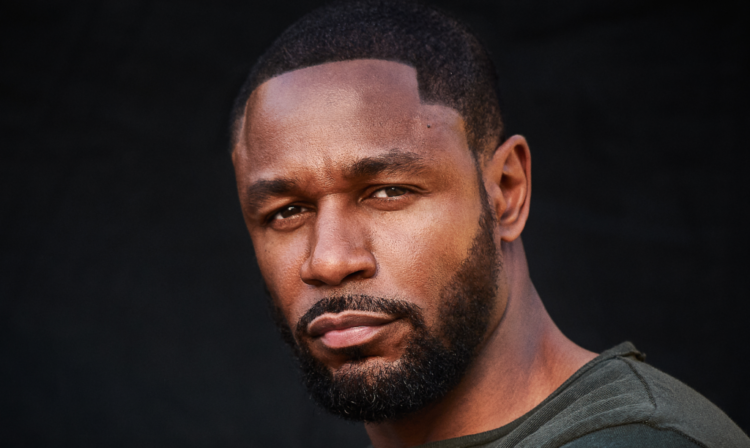 Tank is a renaissance man. The 41-year-old is a singer, songwriter, musician, actor and gym rat, to name a few. Although he comes from the old school era of R&B music, he has been able to authentically position himself in the new era of R&B — without losing focus of who he is as an artist. He can literally go from making a grown and sexy song for the bedroom to making a club banger.

His eighth studio album, Savage, is out now. The album is a follow-up to 2016’s Sex Love & Pain II and features guest appearances from Trey Songz, Ludacris, Candice Boyd and J Valentine. Ahead of his album release, Tank released his bass-driven bedroom jam “When We,” which is now No. 5 on urban adult contemporary radio. He also launched his Savage Tour, which quickly sold out in multiple cities.

In an interview with Rated R&B, Tank talks about his Savage movement, being placed in a box at radio, his imprint R&B Money, his thoughts on a TGT reunion and more.

RATED R&B: What inspired this whole Savage movement for you?

TANK: I think our approach to the music was a lot more aggressive. I think we kind of found magic within us that we did on songs on Sex, Love & Pain II that people just gravitated to, which were those aggressive R&B moments. We were like let’s just take a savage approach with this one. Let’s go all the way there — dedicate a complete album, a complete movement to that name…to fighting for R&B and my style of R&B…fighting for a certain space. Everything we’ve done up until this point has had a kind of savage approach to it where we’re not taking no for an answer. We’re fighting for every inch and it’s going well for us.

RATED R&B: In the past you’ve released albums every two to three years apart but with Savage, it comes just a year after Sex, Love Pain II. What prompted you to break away from your trend with releasing an album?

TANK: We caught a wave. We found something that connected. We didn’t want to lose that connection. I got a call from Ludacris. He heard Sex, Love & Pain II and he said, “Man you found it. You got it. If I were you, I’d get ready to drop something sooner than later to come right back and hit them again.” I was like, “Alright, enough said.” Ludacris is a veteran and a well-established guy in this game. So when guys like that give you good information, you use it.

RATED R&B: What would you say has been the most savage thing that’s happened on tour?

TANK: I mean, it’s a tour so it’s hard to pick one thing. Girls are definitely — they’re showing body parts. They’re aggressive about pulling their titties out. It’s pretty exciting. I’m not mad at them. I got this part of the show where I do this little joke and sometimes women participate. It’s funny but it’s savage.

RATED R&B: “When We” is No. 5 on urban AC radio. With every album, I feel like you always have a smash at urban AC radio and although you make music that can be played on various formats, do you feel like you’re automatically placed in a box at radio?

TANK: Yeah, I am. It’s up to me and my team to fight our way out of that box. People are always going to have their preconceived notions about what they feel you are. I’ve been doing it for a long time and for R&B artists, what everybody feels is the natural migration to an artist who has been here for a while is urban AC. They only do it R&B artists. They don’t do it to rappers. A rapper can be 60 years old and have a record on mainstream radio. That’s just the climate and the time we’re in. It is what it is. I let them assume what they want to assume. When you look at my audience and my crowds at my shows that are sold out, it’s from 18-80. That lets me know that I can be played just as much on mainstream as I’m played on urban AC and be received very well. I’m the number one streaming artist on the urban AC format and we know that older people don’t stream. Streaming is a young format. I’m over a million streams a week. Listen, I don’t let people dictate that for me. I don’t let radio dictate that for me, although they’ve given me a lot of love and support on the urban AC side. I have a sold out tour. It don’t get no mainstream than that.

RATED R&B: Your streaming numbers are definitely impressive for an R&B artist who’s always put in that box. When you’re creating your music, and now that we are in a streaming era, are you taking an approach to appeal more to the streaming audience — since sales have declined and more people are streaming?

TANK: No. I’m just allowing my growth to be on display. Everything changes and evolves. I’ve been part of helping with evolution. For me to be making records with Chris Brown and Trey Songz and all these other guys — for me to be able to that, I’m in it. I’m not a guy that sits at home and wears an Ascot tie, cross my legs and read books all day. That’s not really my lifestyle. I’m in the streets. I’m in the clubs. I’m into fashion. The music is just a reflection of living and growing and finding my balance. My music has to be in a space where it can inspire —not just older people but younger people as well, the next generation of R&B artists who want to do it. In order to do that, I have to be able to meet them where they are. I have to be tuned in with what they’re tuned in to. That’s not me forcing it, it’s just me living my life. That’s just where I am.

RATED R&B: When we last spoke, you were in the beginning stages of launching your own label R&B Money. You now have a couple artists signed to the label. What can we expect from them?

TANK: I can’t really tell you what to expect from them because they’re new artists. What they’re doing is completely different. What they’re doing is them. I wanted to create a space where artists could be themselves. When I explain an artist, I wouldn’t be giving you an example of another artist. I would be saying, “Hey. This is Dante Dontay Duntea or hey this is Jordan Morris and there’s nothing like them.” Soon enough, you will see why that is and you will get to make your own assessment from that. That’s what you’re going to get from these new artists. We’re going to give you some individuals who are being themselves unapologetically — same way I’m being myself.

RATED R&B: Would you be heavily involved in the creative process of their music?

TANK: I provide the motivation, the platform and the infrastructure and the studio. I provide all the things so that these creative people can create. Ultimately, I don’t want them to lean on my creativity to find themselves. I want them to lean on their own. I look for artists who kind of have a clue of who and what they want to be. I’m like the mastering session of an album. I come in and I fine tune things. I give critiques and ideas. In terms of the overall product, I let them create that because ultimately they have to stand in front of it. I teach artists all the time, that’s your face. That’s your name. You only have one. So you have to be able to stand on your own. Don’t lose because of what somebody else wanted you to do. Lose being true to yourself if you must lose.

RATED R&B: You’ve written for some artists in the past. Are you still doing behind the scenes work for others?

TANK: No, I’m just focused on R&B Money and acting. If it ain’t R&B Money or a new acting role, it ain’t me.

RATED R&B: What acting roles can we expect from you?

TANK: I’m part of a show that got picked up on Bounce TV called Grown Folks. So everybody please tune into that. It starts October 2. That’s going to be very fun. We got a couple other moments coming up. Once we get the green light on it, we’ll start talking about those as well.

RATED R&B: Is it true there will be a second leg of the Savage Tour?

TANK: Yeah. It’ll start in November. So everybody can stop saying, “You ain’t come to my city.” (laughs)

RATED R&B: I checked Atlantic’s website and I see TGT is still signed to the label. When can fans expect a reunion?

TANK: I have no idea. At the moment, I’m living a stress free life. This Savage movement is going amazing. My team is amazing. It’s all stress free and that’s how I like to live my life.