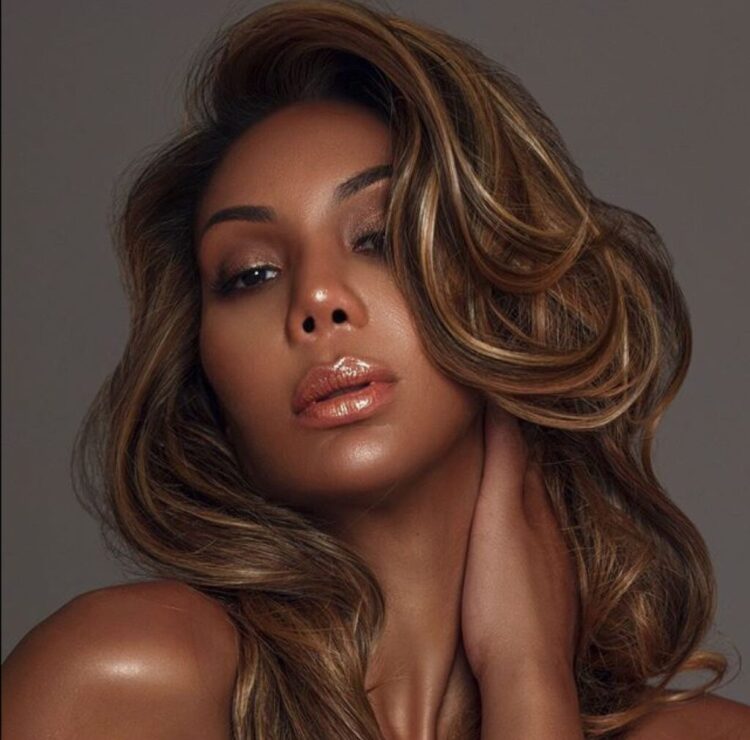 Tamar Braxton is an open book, especially in her music. From songs like “Raise the Bar” and “White Candle” to “Broken Record” and “King,” the Grammy-nominated singer knows how to pen the ups and downs of love.

In late September, the Maryland native released her fourth and last album, Bluebird of Happiness. The 11-track set unfolded the private love stories with her estranged husband and former manager, Vincent Herbert.

As a special guest on The Great Xscape Tour, Braxton soothes her wounded love scars by addressing her true feelings on stage. With profound performances of “Blind” and “My Man,” her fans get to witness her being vulnerable, yet buoyant during her healing process.

Rated R&B caught up with Braxton backstage after her 45-minute set at the Colonial Life Arena in Columbia, SC to talk about her last album, happiness, her holiday favorites and more.

RATED R&B: You’re currently on The Great Xscape Tour. What’s been your favorite or most memorable moment so far?

TAMAR: I think the most memorable moment was when Kandi and Tiny were in my dressing room in North Carolina while the Alabama game was going on. Of course everyone in the city was gone to that game but we managed to still sell out. We were like, “Oh my God, can you believe that we are here? We really made it. We really did it.” Tiny and I always said we wanted to do this since we were younger. We just didn’t know it would be like this.

RATED R&B: “Blind” is moving up on the urban AC radio chart. Can we expect a visual for the song in the near future?

TAMAR: Well, that’s a long story but I’m going to say yes. There were a lot of obstacles when we put out Bluebird of Happiness that we didn’t expect to happen, but they did and we had to put it out anyway. There was a movie attached to this album but it got detoured. We’re trying to fix it now. We’re playing the waiting game.

RATED R&B: Is there another single choice in mind if the video for “Blind” doesn’t come out?

TAMAR: I don’t know. I always wanted either the Yo Gotti record “Hol’ Up” or “The Makings of You” to be singles. We’ll see.

RATED R&B: Speaking of “The Makings of You,” that record along with “Pick Me Up,” are just some of the many songs on Bluebird of Happiness with incredible samples or interpolations of timeless R&B records. Which record took the longest to get cleared?

TAMAR: I honestly did not have any pushback at all. In the past it does take a long time. I think producers went into this record prepared themselves for it [laughs]. It’s so funny the Gladys Knight record came up though. I’ve been knowing her for a very long time. Her son wanted to take me to the prom back in the day [laughs]. I explained to her what the song meant to me and how Claudine is one of my favorite movies. She was like “Of course, darling.” Curtis Mayfield’s estate was so generous too.

TAMAR: What makes me happy is being around good people, laughing and smiling — not having any drama because I don’t have time for it. During our show prayer today, I was saying, “God thank you so much for such a great group people” because we have absolutely no drama. Also, being a good mother to my son Logan. I believe co-parenting with Vince and getting along with him to make sure Logan has a stable family environment is important in making me happy.

RATED R&B: On each album, your sound matures and your writing abilities continue to become more superb. How has your evolution as an artist helped you evolve personally and professionally?

RATED R&B: You are very active on social media. With you having such a huge following, how do you deal with any negativity that comes your way?

TAMAR: I take it as an opinion. I don’t know you, so I’m not going to feed into you. The only time that you have real negativity is when you feed into it. Most of the time these people don’t know what they’re talking about. But like I said on stage tonight, “People are always going to have something to say. You just might as well live your best life to the way you want to live it because everyone is going to have a comment.” So however you feel, God bless you but this is what works for me [laughs].

RATED R&B: With 2017 coming to an end, what’s one lesson you’ve learned this year?

TAMAR: For me, not to put yourself down. Don’t beat up on yourself. I remember when I use to beat up on myself constantly. Instead of looking at the things that I did achieve, I looked at the things I didn’t. It took away from the overall pure happiness that I wanted to achieve. I couldn’t get there if I constantly beat myself up. It’s almost like I was my own hater [laughs]. I already have people on social media saying negative things about me, why do I need to add to it? So you have to be your biggest cheerleader and believe in yourself. You have to get to a point where you don’t care and just do you.

RATED R&B: So the holidays are here. I know that you’re a foodie. What’s your favorite holiday dish?

TAMAR: Chitlins [laughs]. My mom pulls the membrane out so the house isn’t stinking. I haven’t had it this year because I haven’t had a Thanksgiving dinner yet.

TAMAR: I would have to say “The Christmas Song.” It doesn’t get any better than Nat King Cole, my sister [Toni Braxton’s], Mariah [Carey’s] and Whitney [Houston’s] versions.

TAMAR: The Nintendo Power Pad. It was when Nintendo first came out and they had these little blocks that you could run on and jump over. It was the bomb [laughs]. Everybody is missing out now [laughs]. 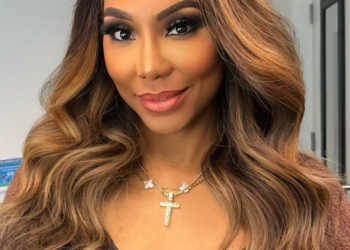 Tamar Braxton has secured a new gig. The Grammy-nominated singer is now a new co-host of Dish Nation for its...