John Legend has released the official visual for his Gary Clark Jr.-assisted song “Wild” — and it comes with some exciting news.

Directed by Nabil, the heartwarming clip shows Legend and his wife Chrissy Teigen enjoying each other’s company on a getaway in Mexico. From intimate kisses on the beach (and in the bedroom) to a joyous car ride on a vacant winding road, the lovebirds soak up every moment of their alone time. Towards the end of the video, Legend and Teigen bring their two children out to the beach — and that is when Teigen reveals her baby bump.

“Wild” is lifted from Legend’s latest album, Bigger Love, which dropped in June. The mood-lifting LP was among Rated R&B’s Best R&B Albums of 2020 (So Far) list.

In other news, Legend announced on Thursday that he is now the chief music officer for Headspace, which is a mobile app that encourages meditation and mindfulness.

“I’m so excited to join the Headspace team as Chief Music Officer,” Legend said in a press release. “Songwriting and performing requires an incredible amount of mental focus, concentration, and present moment awareness. When I’m able to cancel out external noise and tune into a state of relaxed concentration, that’s when the creativity flows.  That’s why I’m looking forward to helping others learn how to focus on what’s important to them — and I’ll be bringing some of my friends in the music industry along with me for the ride.” 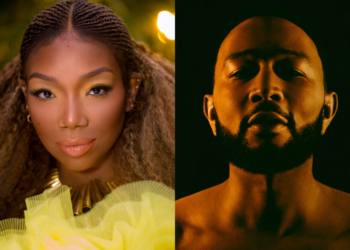