Live music is an important aspect of entertainment. During the pandemic, companies have come up with many ways to ensure these institutions continue to thrive.

To get their point across, Crown Royal teamed up with Ari Lennox and Anthony Ramos to create a poignant short film for “If You Want Me To Stay.”

Directed by Karina Evans (SZA, SiR), the visual serves as a love letter to the iconic nightlife venues that have been affected. Lennox and Ramos execute a number of performance shots in an array of beautifully crafted venues. The video also highlights the people who help to keep these locations alive in cities like Nashville and Detroit.

Every stream of “If You Want Me To Stay” helps raise money to support bars, stages and clubs across the nation. Watch the short film for their Sly and The Family Stone remake above. 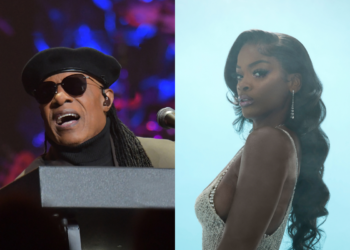