The set was part of BET's "Soul Covers."

Tiana Major9 takes a moment from promoting her At Sixes and Sevens project to honor the acclaimed band Sade. She appeared on BET’s Soul Covers and performed an enthralling version of the iconic group’s top five Hot 100 smash, “The Sweetest Taboo.”

Tiana’s mellow range is underlined by electric guitar strikes, complementing each other beautifully. The refreshing take on “Taboo” will have viewers going back to watch it again and again.

In December, the London singer gave her latest EP At Sixes and Sevens an acoustic approach. It arrived the same day the project was ranked at No. 7 on Rated R&B’s 30 best R&B albums of 2020 list.

At the 2021 Grammys, Tiana is in the running for best R&B song for “Collide” featuring EARTHGANG. You can find out if she wins on Sunday, March 14 at 8 p.m. ET on CBS. 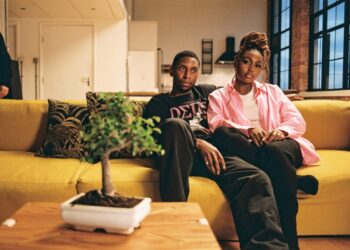 Tiana Major9's name and voice are linked to the Small Axe soundtrack, music inspired by the five-film anthology series that...