Raiche Recruits Ty Dolla $ign for ‘Pick A Side (Remix)’ 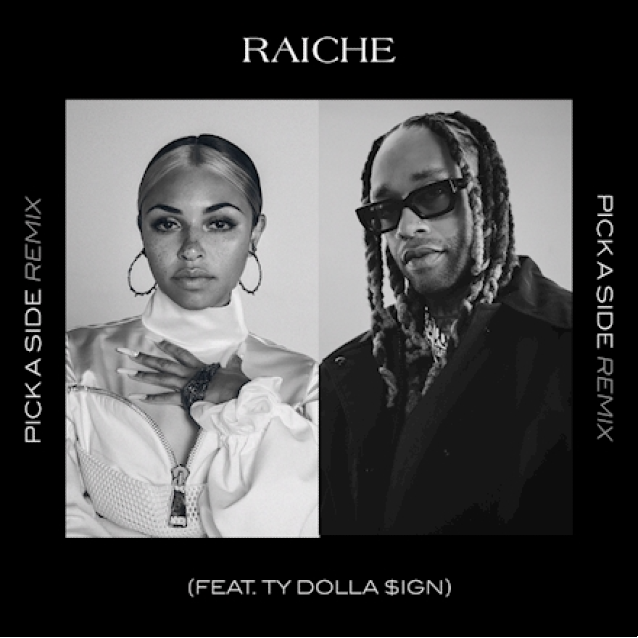 Raiche is one step closer to securing her first-ever number one R&B single.

The flowering singer increases her chances to rule the Billboard Adult R&B Songs chart with the remix of “Pick a Side” featuring her labelmate Ty Dolla $ign.

Much like the original version, dedicated to the counterfeit behavior of Raiche’s deceitful lover, Ty is seeing the shady ways of his girl.

He calls her out for the clouty tendencies, namely for only hitting him up to be a part of his limelight. But still, he’s conflicted to move on, especially when she seduces him with her sex appeal.

Following the bubbling success of “Pick a Side” earlier this year, Raiche delivered an in-studio performance of the pressure-filled single. Revisit it here.

Listen to Raiche’s “Pick a Side (Remix)” featuring Ty Dolla $ign below.