The rising singer talks early beginnings and debut EP, which is out now via Keep Cool/RCA Records. 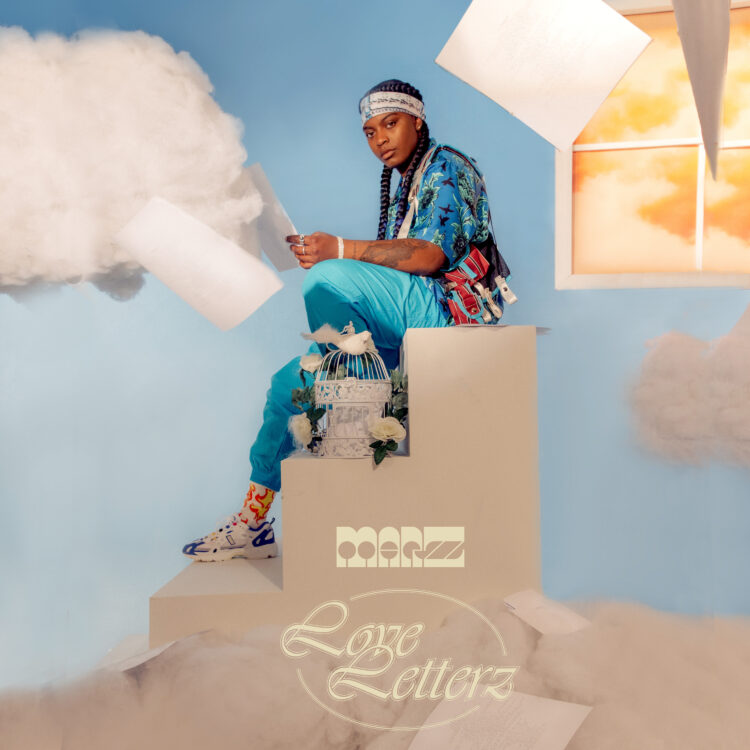 Being different is what makes each person uniquely custom and exclusive to this world. It’s something that Marzz wants other young adults their age to embrace. “I feel like you shouldn’t change for somebody to like you,” the 21-year-old artist says on a video call. “You don’t have to be like everybody else. This is your life. Live it and be happy with it.”

Marzz is sitting in front of a beige wall, wearing a Black bandanna and a loose grey graphic t-shirt and rocking their signature fishbone braids. They have a huge smile on their face when sharing how they equate living out loud as an artist and human today, particularly as it relates to Pride month. They attribute their personal style to self-gratification. “I’m not going to say I dress to impress and nothing, but my style is very unique and very different. That’s the best way that I feel more confident in expressing that I am who I am,” they explain.

Confidence didn’t always come second nature to Marzz. Growing up in Louisville, Ky., Marzz was a pastor’s daughter in a family rooted in God’s word. Marzz’s mother and grandmother were ministers, and their aunt was the first lady of a congregation. On days of worship, secular music was off-limits. “On Saturday, and Sunday and Wednesdays, we had to listen to gospel. It was kind of like we don’t want people judging us,” Marzz says.

Some of those gospel artists include Kirk Franklin, Kim Burrell, and The Clark Sisters. Marzz feels mom and aunts have a unique connection with the latter legends. “All The Clark Sisters can sing in that family, and it’s four of them [in my family that] can sing. Karen Clark-Sheard, she’s the second oldest of the group, and she’s the one with the most vocal ability. My mom was the second oldest with the same vocal ability. She passed it onto me. I’m the second child that my mom has, and I have vocal ability; it’s crazy.”

Though Marzz couldn’t listen to worldly music on restricted days, they found ways to get around it, and their mother helped, too. “As soon as church was over and three o’clock hit, she pulled off in the church parking lot, bumping Michael Jackson or Lauryn Hill. She let us know that it’s a time and a place for everything,” says Marzz.

Doing things decently and in order in the eyes of God is crucial in the Black church, with zero tolerance for anything else in between. Marzz felt it was impossible to live their truth as a queer individual, knowing how the church viewed homosexuality. “Being in the atmosphere all the time was very hard being able to express myself because I didn’t feel I had a right to express myself.”

Marzz had a younger cousin and God to confide in when times were difficult revolving their sexuality. “God is the only one that I could lean on,” they exclaim. “My family didn’t really support me in that, so I couldn’t be like, ‘I’m going through it with this girl.’”

Tension grew at home when Marzz’s parents divorced. Their dad left the home, while their mom worked three jobs to provide for her children. Marzz was forced to mature at a rapid pace, doing most of the other household chores and assuming the role of a parent. “I had to cook dinner, make sure they were in the shower, and get their clothes ready for school the next day,” they recall.

Shouldering a load of responsibilities at home started to affect Marzz’s mental state from middle school to high school. Known to many students for their singing and track and basketball career, Marzz still was partly misunderstood because they stayed to themselves. “I was a loner in high school. I would speak to teachers, but I couldn’t speak to my peers. Everybody [would] be like, ‘Oh, that’s weird.'”

Marzz felt more comfortable filling noteworks with words. It’s how they released everything dark inside their mind and heart. Using an iPhone, along with their mother’s Windows laptop and beats from YouTube, those words formed into freestyles and uploaded to Instagram. “A lot of my freestyles that I had on my page were a lot of true moments that I was living at that moment. I posted [them] and would get like 50 to 100 views. I thought I was doing the thing.”

Marzz started to feel better about themselves through each new freestyle, even if that meant putting school work on pause. They did not want to be behind in their classes, but it was a needed break to reflect on themselves. “I have a hard time mentally just because I have been through a lot,” Marzz says. “I’m always the type to put people first and not put myself first. I’ve been trying to learn that it’s okay for me to put myself first because I matter. I can’t take care of everybody else if I don’t take care of myself first.”

One of their freestyles was “Done Witcha,” the catchy closing track from their debut EP, Love Letterz, which is out now via Keep Cool/RCA Records. “That one hits home for me because that’s when I was getting out of my depression mode. I was in a very dark place,” Marzz shares. The potential radio smash about saying good riddance to a draining relationship is one of the likely reasons why Timbaland recognized their talent in late 2019. Impressed by their raw talent, the two crossed paths and recorded a handful of tracks, including the rap-sung “Cleopatra.”

Marzz admits they were “speechless” around the legendary producer. However, the nervousness settled after Marzz achieved a confidence boost from interacting with him.

“Being in his presence was very humbling. It lets me know that I have a support system,” says Marzz. “It was a big achievement for me because it gave me motivation and let me know that, ‘Hey, you got this. You gotta stay focused, stay grounded and continue to stay humble because this could be here today, gone tomorrow.'”

Many of the songs on Love Letterz, including the bass-heavy opener “So Frequently,” puts the emerging star’s voice up against guitar chords. It’s a rarity that any other sound or instrument besides the guitar attracts Marzz, saying, “I don’t know what it is, but something that has to do with strings [that] makes my ears tingle. It’s one of those [instruments where] you can sit back and breathe. It gives me good energy. It puts me in a positive state of mind.”

Marzz says “Wizard” takes inspiration from 1997’s Rodgers and Hammerstein’s Cinderella, which starred music legends Whitney Houston and Brandy. “It’s really about me finding love and being able to put that into my own little Cinderella story. I can be a wizard. I can be your prince. I can be a princess. I want to be the one to call. I can be the one to love on you.”

Now that Marzz is open about their sexuality with their mother, their relationship has never been better. “My mom is literally like my best friend now. I come to her about any and everything,” they say. Although the times they experienced leading up to this breakthrough were rough, Marzz says, “I would rather it be that way than go back and change it any other way because it makes me who I am today. It still kind of hurts she had to do it that way, but I completely understand.”

For a young person out there battling with their true identity because of the church or their religious family, Marzz has strong advice: “If you want to do something, go hard and go all in. If this is the decision that you want to make, and this is what makes you happy, I want you to take it and run with it because nobody can stop you but you.”

As Love Letterz makes its rounds in the streaming world, Marzz hopes it reaches a listener who can relate to them. “It’s sad that not a lot of people can get out of their depression. I’m proud to be one of the ones that got out, but I also feel bad for the ones still there. I want them to know that I’m here with open arms, no strings attached, no nothing. It’s honestly just pure love.” 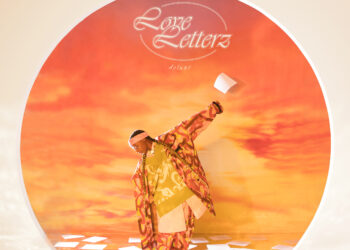 Marzz released their debut EP, Love Letterz, nearly a year ago on Keep Cool/RCA Records. Now, they are back with... 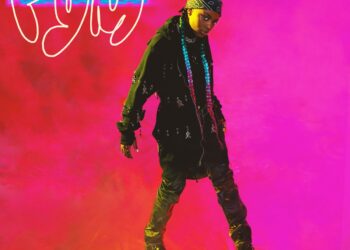 Marzz has announced a deluxe edition of their debut EP Love Letterz. It will release on April 7 via Keep Cool/RCA Records. ...