James’ first album in four years is out now. 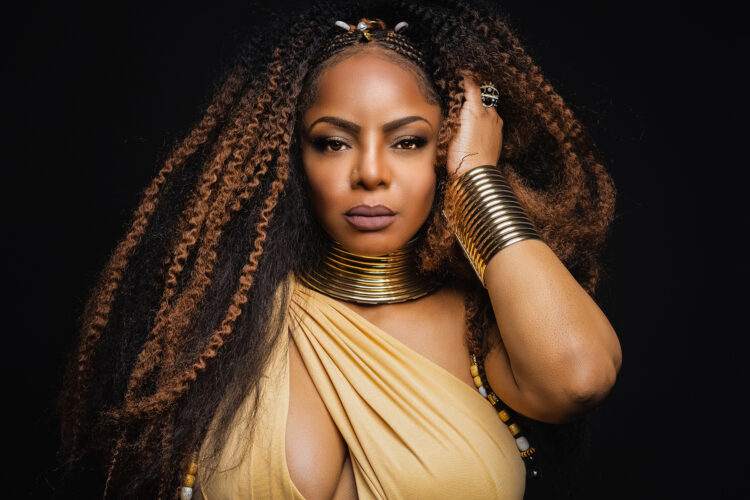 Leela James offers proof that women in music can balance a great career with motherhood. On a Tuesday afternoon, the gritty soul singer, hailing from Los Angeles, Calif., kindly asks her energetic son to remain quiet during our Zoom video call. She goes on to laugh at herself after the smoke detector chirps out of sight. “Oh well, it will just beep for a minute,” James grins from her decorative home.

Her casual laugh and proud smile are recurring during the conversation, specifically when she talks about the joy she feels after pulling through an unhealthy relationship that once had her bound. This triumphant revelation comes out in the dramatized piano ballad “Put It On Me,” where James readily falls on the sword of a ruined romance since her evil heartbreaker is unfamiliar with taking accountability.

“I was speaking from the standpoint of coming out of a situation that was bad,” says James. “It was toxic dealing with a narcissist. If you know anything about those types of individuals, they’re always right— never wrong, never apologetic. No matter what they do, how wrong they could’ve been, it’s always the other people or [the] other person.”

This sort of post-breakup practice is not one many happily take on, especially when no one ever wants to find fault on their side. But for James, it’s bigger than that since she sees what sense of peace it has brought her thus far.

“I have nothing to prove. The truth don’t need defending. You can just sit back and let them play themselves because karma already knows and God saw, so put it on me. I’ll keep what I know to me and God, and that’s it. I’m just glad I ain’t got to deal with you no more [and] you ain’t in my life,” James explains.

On her new album, See Me, which is out now, James’ voluminous instrument bears an emotional load, recalling tensions of feeling blinded by false love, which in turn caused her to be unable to benefit from a partner’s willingness to be open and transparent.

On “Angel In Disguise,” a lovelorn jam garnished in constant childlike humming and other enchanting noises, James goes into serious detail about her unpleasant experience with a great pretender. The title track, also one of the best songs, is marked by a heavy heart from feeling undesirable and never noticed by an apathetic lover.

James, who doesn’t share the status of her 2018 marriage, describes the journey to the Did It for Love follow-up as one that was “extremely challenging.” Though she started recording the album ahead of the pandemic, she soon found herself unmotivated to return to the studio. She didn’t get the urge or “bit by the bug,” as she describes, to hit the booth again until she performed a virtual concert last December dedicated to the blues of Gertrude “Ma” Rainey. “Just being back around some musicians and in a musical environment to get that project done made me feel excited again to work on my own stuff,” says James.

In Rated R&B’s interview with James, she discusses more about her new album See Me, how she views soul, what helps her get through tough times and more.

“Complicated,” the album’s first single, is heading up the R&B radio and Billboard charts. Why did you choose this song to lead the album?

I think it was pretty fitting. I feel like so many people can relate to it. As humans, we make things more complicated than what they have to be. Whether it’s in relationships, romantic relationships, [or] your own personal demons with yourself, we overthink things. We get in our own way, and this was my way of expressing that. If we’re going to keep it a bean and keep it a 100, I felt like the record was banging.

At the end of the day, the subject matter is pretty straightforward, but it’s also a banger. It just feels good. I wanted to give the people something that I felt we needed in the R&B and soul culture, from a time where we used to feel it and it used to sound like that. [It’s] throwback, but it’s still fresh and new.

I love how you open the album with “Break My Soul,” an empowering anthem for those regaining strength after a breakup. Why was it important to start the album with such a powerful message?

I wanted to start the record with that particular song because it was a statement. I was letting it be known like, “You can’t break my soul. I’m still here.” We come from strong stock, not just me as a Black woman, as a woman, me as a person, but as a whole, as a people. We’ve been through a lot in this past year clearly, but overall, particularly within the culture.

You mentioned in a line of that song about a former relationship being a blessing in disguise. In your solid career, what’s something that wasn’t necessarily clear to you until now?

I came in so young. I was like a deer in headlights, just excited to sing because I love music so much. I wasn’t looking for all the other things that I needed to look for [like] taking care of the business or some of the bad things and people that can come with this industry. I wasn’t looking or guarding myself to be prepared for those things, so when they did come about, I think it was somewhat traumatizing and disappointing because you like to give people the overall benefit of the doubt of being good human beings. I just charge it to the game. Everything is a lesson. It’s a blessing in disguise that certain people and things that aren’t around, they didn’t need to be around. At the time, you’re feeling like it’s the end of all be-all [but] Nah. It was the beginning.

“I Want You” is a sensual, grown-folk song and one for lovers. It sounds like you were saluting Teena Marie a bit, particularly towards the middle to end. How did it come about?

It came about pretty organically, pretty naturally. When I’m working on music, I vibe out with it. I’m old school as it is. I love old-school music, soul music. So I naturally lean towards that. So when I was writing the melody, that’s pretty much what came out. And you nailed it as far as Teena Marie. I’ve always been a huge fan of [her] and just so many other greats, but particularly that [song] just took on that spirit when I was recording. I just remember being a child, being in awe of such an amazing sound.

Then I was like, “She ain’t Black, like what?” When I first saw her, I was like, “That’s impossible.” But for me, what that represented was that soul is either in you, or it’s not. It ain’t got a color line to it because music is a universal language that touches the soul of many. When you just have that in you, that ain’t something that can be taught or studied. It’s just something that’s just there. [Teena Marie] was just an example of that. Aretha Franklin was a natural soul singer. One of the best, probably, and I don’t think she ever went to school for that. She was self-taught. Certain people just have that special gift.

You close the album with “Rise N Shine,” such a positive song. Opposite from many of the other tracks. It also almost feels like another nod to Teena Marie and even James Brown.

I wanted the album to end on an upbeat note. It was one of those, like after everything, the storm is like the rebirth. It goes on this journey, this ride. It starts with “Break My Soul,” making that statement, “No matter what, you can’t break the soul in this.” Then it ends on that upbeat of, “We’re going to rise no matter what, and we’re going to shine.” I was more coming from a song that was out, I think in the late ’70s, called “I Will Survive” [by] Gloria Gaynor. I was inspired by many with this album and then inspired by what was going on in my own life. And then, in the world this past year. So, I put it all in the music. So you got a little bit of James [Brown], you got Teena [Marie], and some more is up in there if you just really listen. It’s a lot because that’s who I am as an artist. They call me the goddaughter of soul, so I’m a product of soul music.

“Trying To Get By” gives off a ‘70s Blaxploitation feel, identifying with the struggles of inner-city life. What drives or motivates you as an artist to press on when times get hard?

My faith drives me. I think that is what my ancestors were driven by as well. You can imagine the ones that have come before us, they had things [done to them that were] bad, but it was worse at certain times. It probably was difficult to see the light at the end of the tunnel.

So, you were constantly feeling like I’m just trying to get by, trying to hold on, and I may not be able to see it as Martin Luther King, Jr. would say, “I may not get there with you, but I can tell you that there’s light and there’s going to be a promise land.” So you just got to believe. It’s just faith, and I think that’s what so many of us have used to get by, and that’s definitely what I use.

You mentioned earlier that you wanted to end the album on an upbeat note. Is that a transition or a progression for the sound you want to portray on the next project?

I don’t know. That’s where I was at that moment in time. Ideally, you always want to be in a good space, and you always want to uplift, but more importantly, I like to be transparent and very truthful with my music and wherever that is. So you get it how it come.

See Me talks a lot about deception, unrequited love, and lack of transparency from a significant other. What do you think are three healthy attributes for maintaining a thriving relationship?

Communication, honesty, and intimacy. And let’s be clear: Intimacy is not all physical. You have to be able to emotionally simulate.

What do you hope people take away from listening to your album?

I hope that people, when they do hear it, enjoy it. They love it. They receive it. I hope it reaches a new audience of listeners. I hope it increases the respect of the current fans and listeners and that it just takes things [in R&B] to greater heights.

What else do you have in the works?

I’m actually working on another release. It’s an EP.

When can we expect that project? Also, can you share the theme of the project?

Top of the year. I can’t right now.

Listen to Leela James’ new album See Me below. 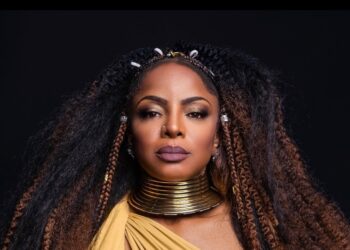 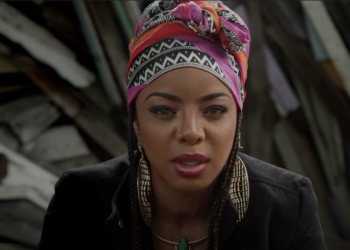