A look back at a universal staple about overcoming personal drama. 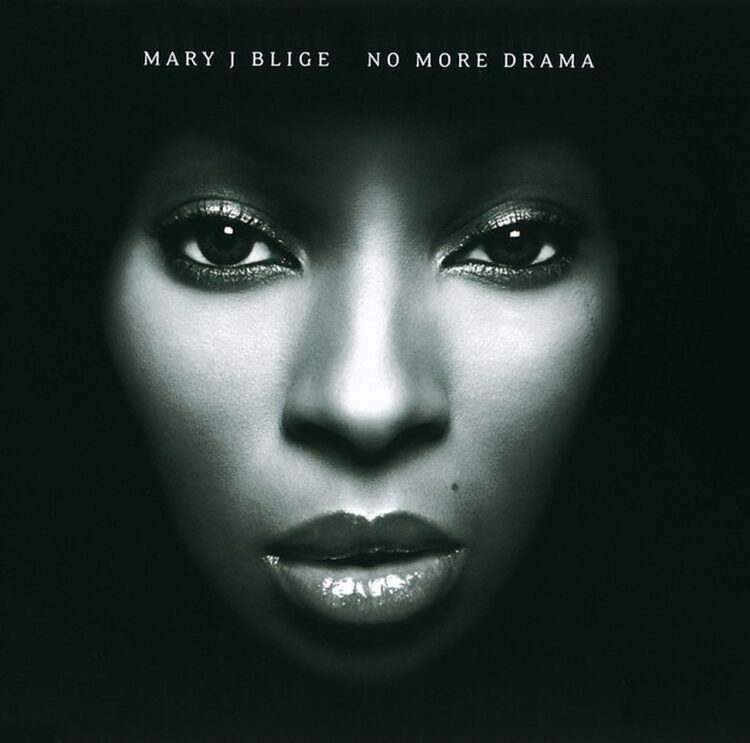 Those who have attended a Mary J. Blige concert in their lifetime have described it as a restoration service. Each tour setlist is fixed on producing a show, night after night, where she, her fans and first-time concertgoers can reflect on a complex range of emotions.

No finer sermonette from Blige’s nearly three-decade-long catalog brings the house down than “No More Drama,” the titular track from her fifth studio album, released on August 28, 2001. It’s a cathartic transference of pain and frustration often connected to the human experience that she leaves all on stage.

Almost always, her performances of this survival track start with her multi-hued voice in good condition. However, she embodies a grating, possessed outcry near the end, suggesting she is cleansing herself from the diseased thoughts of unworthiness and affliction blocking pure liberation.

Perhaps the reason Blige suits up in armor to conquer demons when she takes the stage to let out “No More Drama” is that she was combatting a number of them during the time of its original recording.

Interestingly, the Jimmy Jam and Terry Lewis-fathered song was initially meant to make the tracklist of her seminal fourth album titled Mary. Instead, she went against it, saying in multiple interviews that the song was too powerful not to title her next album after it.

“This song is demanding that you stay away from my life if you’re going to bring me drama,” Blige explained to JET Magazine in their October 2001 issue. “I am saying enough is enough of this nonsense. Enough of this self-abuse, people abuse, fake friends, the whole nine. Beat it!”.

As the album’s lead single “Family Affair,” soared across diverse charts and radio formats, Blige followed with the title track, which takes its piano from “Nadia’s Theme,” soundtracking the then-popular soap opera, The Young & The Restless. By the end of the year, Blige had received more commercial success and critical acclaim than her previous works, thanks to the first single topping the Billboard Hot 100 for six weeks.

At the 2002 Grammys, Blige was nominated for two awards: Best Female R&B Performance (“Family Affair”) and Best R&B Album (No More Drama). That same year, Alicia Keys, new on the R&B scene, came out on top as the night’s biggest winner, taking home five awards, leaving Blige once again empty-handed. It’s certain she, like many artists who’ve been nominated after a booming album run, was devastated she didn’t win anything.

Kirk Burrowes, credited as associate executive producer on the album’s 2001 version, said this was the case at the 42nd Grammy ceremony in 2000 when Blige saw the same fate for Mary, which had placements in four categories, three of which had the potential to be hers.

He told Rated R&B in an unpublished interview from 2019, “She was wearing that pink gown, and she did her announcement with whoever it was [*NSYNC], and she came back and said, ‘I’m leaving. I’m not winning anything tonight.’ I was beaming because I just knew we were moving, and we’re in the right direction. It’s not a defeat. We really won tonight. That was the first time one of her very own projects was multi-nominated and recognized by The Grammys.”

After the two bickered and hugged it out at their hotel, he made a promise to the Queen of Hip-Hop Soul. “Just because voters don’t know you this well on this project, they’ll know you by the next one. It’s a work in progress,” he declared.

Burrowes’ words rang true when she served as one of the musical guests on music’s biggest night in February 2002. It was her first solo performance at the show, following her two collaborative performances in 1998 and 1997, respectively.

Blige, dressed in a shiny gold two-piece pants suit and sporting a burgundy spike cut, emerged from a door in the middle of the stage. She slowly worked the stage, building up her then-evolving voice and the meaningful message behind a screen of promo images and those from the song’s Sanji Senaka-directed video.

Her vocal attacks became more spiritual with each new line, with whistles and screams from the crowd as affirmations to keep going with her form of music ministry. She was eventually consumed with a spirit, possibly one associated with the Black church experience, sometimes finding it hard to keep her balance from aggressively shouting and stomping.

Before receiving a standing ovation and taking a bow in front of her peers, she got one more thing off her chest in what seemed like a shot at the Recording Academy. “No more drama, everybody. Sick and tired of being sick and tired. Sick and tired of being deprived of everything that I worked so hard for.” The performance would become, nearly 20 years after its airing, one of the most memorable in the history of The Grammys.

Though Blige didn’t take home any trophies early in the award season for No More Drama, it didn’t mean she was out of the race. She was subsequently nominated for a Grammy in the Best Female R&B Vocal Performance category for the bluesy, Gerald Isaacs-penned  “He Think I Don’t Know,” taken from the 2002 reissue. She won. Seven others for later albums and recordings followed.

Prior to that, Blige was victorious at the 2002 MTV Video Music Awards. The emotional video for the title track won the moonman for Best R&B Video. The universal short followed the lives of three individuals battling life difficulties and tragedies. As the video played, each separately decided to turn their lives around before it was too late.

It featured cameos from Mariah Carey and Puff Daddy, who were enduring public scrutiny for career choices that were magnified in the media. Carey for her slammed Glitter era, and Puff for an alleged 1999 nightclub shooting involving him and his crew.

Aside from those images, in a scene where televisions were stocked in a storefront, the director added footage regarding America’s New War in motion after the September 11th attack. But, what’s most sincere about that moment where she’s roaring out during the song’s climax, and the scene just mentioned, Blige released the single “No More Drama” on the day of the attack, having only experienced the tragic and unexpected loss of Aaliyah the week her album dropped.

So, when she accepted her award from Enrique Iglesias and Kylie Minogue, her tears were from a real place. “There must be a glitch somewhere in the matrix because you know I was sitting there expecting not to get this,” said a tearful and stunned Blige.

“We made the ‘No More Drama’ video after September 11, and I didn’t get a chance to tell people how I felt because so many doors were being closed in my face. But, thanks to Sanji [Senaka] and MCA, I got a chance to vent for people all around the world how they felt on the inside.”

Twenty years later, when “No More Drama” is no longer a personal recital for Blige, it is one for aspiring hopefuls on various singing competition shows and cycles, such as The Voice, The Four, and American Idol.

Though none of the contestants’ renditions evoke the same fervency as Blige, they still deserve attention. Not because their versions were almost always pitch-perfect, but because they dared to tackle this strong anthem and attach their personal stories to it while letting it rip in front of millions.

It takes guts to be this vulnerable and live out your pain while thousands and even millions are watching. Blige has done it time and time again, without shame or reservation. But, for Blige, “No More Drama” is more than a song; it’s a lifestyle.