The Grammy-winning vocalist dishes on his first album in five years. 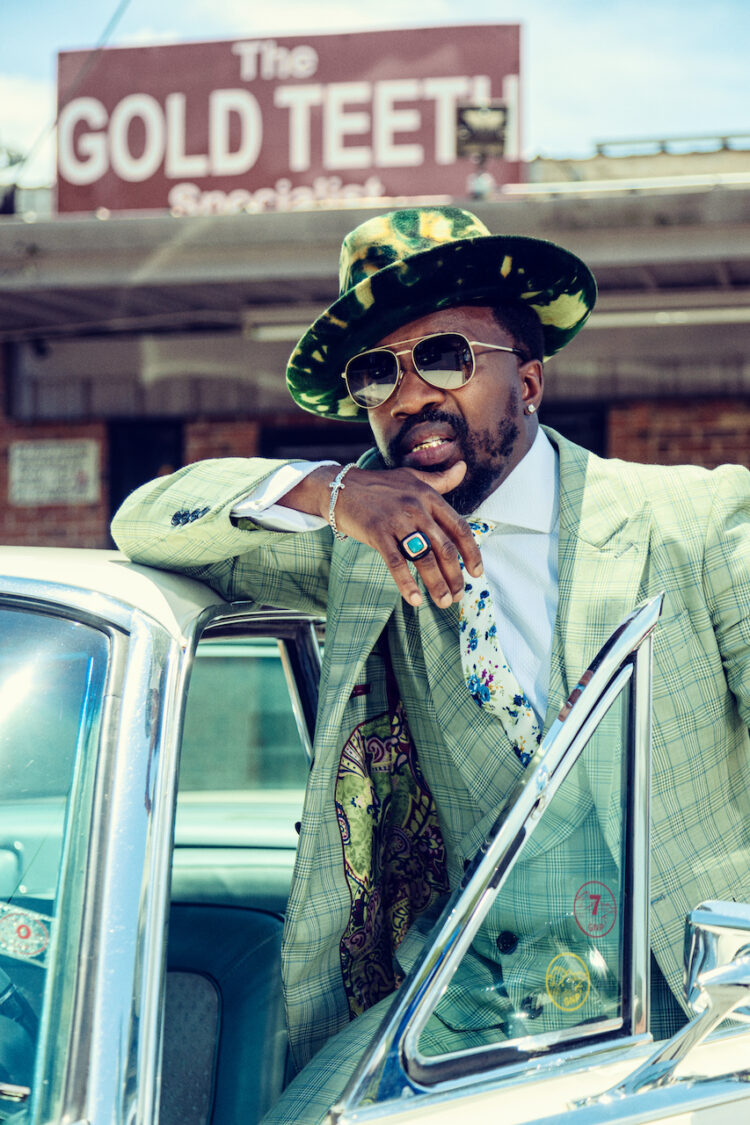 Anthony Hamilton is a family man. The southern gentleman is running a few minutes behind schedule, calling in straight from his nephew’s football game. He apologizes more than once. Putting family first is, in part, another reason for the delay in Love Is The New Black, his most recent album and the follow-up to 2016’s What I’m Feelin’.

Hamilton had no intention to hold off on the release of his new album. “It would have been out at about the three-year mark, but the pandemic added another two years to the wait,” he tells Rated R&B over the phone.

“That was out of my control to maneuver how I wanted to and get to the people.” He and his family tested positive for coronavirus while looking on at the brazen racism across the world last summer in the wake of the murders of George Floyd, Rayshard Brooks, and others at the hands of white supremacy and police violence.

These injustices, too, caused Hamilton to step back and push back on releasing an album. “Having my kids, my younger Black male son, it was hard to ignore that and think about an album as much as I love music. I love being a father and making sure that I protect them as well,” Hamilton caringly says.

Even before the events that summer, Hamilton had this song in the crate, awaiting the time to vent his frustrations with how white America viewed Black people, particularly Black men.

His initial vision was to lay heavy on the state of the world, but he chose to switch gears thematically after seeing what he calls “a little bit of justice.”

He adds, “It allowed me to have a little sense of peace, like, ‘I won’t put all this heaviness on everybody. We’re trying to get back to a place of normalcy.’”

His thoughtfulness came out in the album’s title. He explains, “I wanted it to represent Black love, Black power, [and] Black everything that’s beautiful while encouraging people to choose love as a priority as well. It was a whole lot of pain that went into that title.”

Prior to the album’s official launch in May of this year, the same time in 2020, Hamilton had debuted “Back Together,” his 22nd Billboard Adult R&B Airplay entry, featuring vocals from Rick James, which eventually peaked at No. 13. Though a top 20 hit for Hamilton, it does not appear on Love Is The New Black.

He attributes its omission to “a false start,” adding on, “I think the fact that I had to put it out when the energy wasn’t that good, and people were in a place of uncertainty. It’s almost like it leaked out, so I just wasn’t that passionate about it as I was. I was truly excited about it. It’s a great song. I just felt like it was time to give them something fresh and new.”

Hamilton did just that this spring with “You Made A Fool Of Me,” his 12th top ten R&B single, an unaware feat that permitted him to pat himself on the back on the call.

When asked how he felt about still being in demand after years of consistent music, Hamilton says, “It feels good. Times are changing, and music is changing. The new artists are really ruling. Hip-hop is really, really ruling. So it’s something to be proud of [and] to celebrate.”

His wanted guest features on rap songs have increased over the years, notably appearing on songs by Domani and Drake, whose Certified Lover Boy, had the best first-week sales this year.

Hamilton said Drake inboxed him some years back, giving him and his beloved sophomore album, Comin’ from Where I’m From, flowers.

He appreciated the love and left the door open for Drake to reach out for any future collaborations. It worked, visiting Toronto years later to dine on Italian food and vibe at a D’Angelo show and in the studio later.

He recalls, ​​”They played about four or five different tracks, and I just laid down some ideas. Last year, Drake hit me again and was like, ‘Yo, I’m going to need you, only the pain that you can deliver.’”

More time passed before Hamilton’s management got definitive word that Drizzy’s go-to producer Noah “40” Shebib came across vocals he recorded and repurposed them into a final product that Drake loved. The result was “The Remorse,” the closing track from Certified Lover Boy.

“‘They want it to be the last song on the album. He felt like it’s the strongest closure to the album,’’ Hamilton remembers from the conversation between his manager and 40. “So we did a Zoom thing. They called me and played it. I was like, ‘Oh my God.’ I was really excited about it. It was powerful.”

On Hamilton’s latest LP, hip-hop resides on two tracks, including the crunk-era ode “I’m Ready” featuring Lil Jon and the Rick Ross-assisted “Real Love.” Both songs are great contenders in the race for second singles, according to Hamilton.

Though, he is leaning more towards “Superstar,” a remake of a classic made famous through respective renditions by The Carpenters in 1971 and later by Luther Vandross in 1983. His new version features Jennifer Hudson, calling her performance “absolutely powerful.”

Aside from “Superstar” being among his favorites in the library of classics, Hamilton decided to retouch it now that he’s on his label imprint, My Music Box.

“I felt free enough to do it,” he proclaims. His reason for recruiting Hudson? “I felt like I needed to dig into my community bag and pull out some friendships and certain things that people haven’t normally seen or experienced me doing or having. I don’t think they know: ‘I got friends in high places and low places, too (laughs).’”

Jermaine Dupri is one of the frequent collaborators Hamilton enlisted for Love Is The New Black. In a creative partnership that dates back to 2003, and two albums released under Dupri’s So So Def imprint, Hamilton said in a previous statement that the Atlanta-bred hitmaker “never tries to make me anything other than me.”

He elaborated on the quote, humblingly sharing, “I’ve always felt like I had what I needed in terms of being solid in what I felt was my true voice because I earned it. Being paired up with someone who’s done it so much and so big, it gives us an extra push, an extra layer of confidence and ammunition, like, ‘Go in and do your ish, hard and unapologetic.’ So in there, it’s just a safe place to be [yourself].”

Hamilton had free rein to be his best self and even some soul greats in the studio when recording “I Thought We Were In Love,” more handiwork of Durpi and Seal.

“We were reminiscing like, ‘Man, Teddy [Pendergrass] used to go get it full blast from the gate.’ So we just played around with it and made it make sense. Harold Melvin & the Blue Notes [was also an inspiration].”

He isn’t opposed to saluting and imbuing antique records in his music today.

“I think everything that’s amazing, most of it has been done already. We’re just learning and finding new ways to recycle and reintroduce it. I ain’t no different from nobody else,” he says.

After coming through a chaotic year, Hamilton thoughtfully immortalized the resilience and progress of his brilliant race through his stunning new album.

“We are all worthy of love, and Black love is still beautiful and powerful, no matter what they try to paint around us,” he says, when asked about what he hopes listeners take away from Love Is The New Black.

“We’re still worthy of self-love. This music that we call R&B, soul music or Black music, it’s ours. We’re so unappreciated by most of the world, but to us, we’re legacy within ourselves. Keep shining, melanating and creating.”

Listen to Anthony Hamilton’s new album Love Is The New Black below.