The DJ Camper-helmed track was released on October 7, 2016. 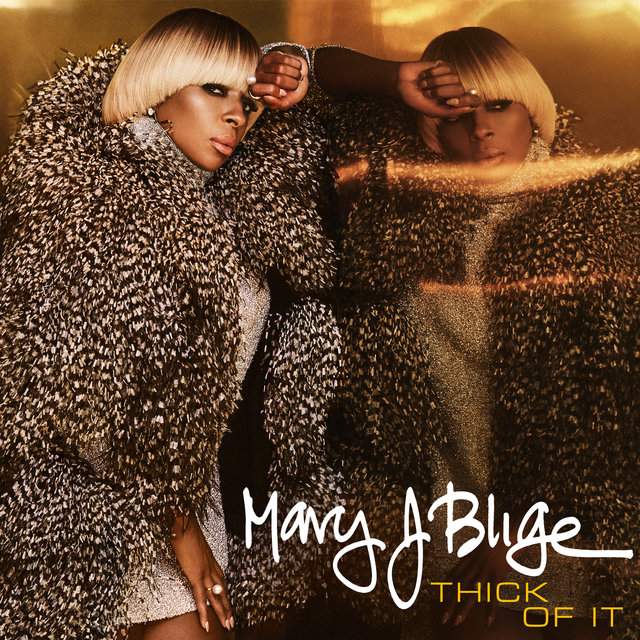 Mary J. Blige, the reigning queen of R&B and hip-hop soul, is never afraid to undergo a complete transformation in her ever-evolving artistry to produce new results. Case in point: Her courageous yet experimental 2014 album, The London Sessions, which was rooted in British pop-soul and a reminiscent ‘80s sound conquered by the U.K. club and dance scene.

One can even take it a step back further to 1999’s Mary, a classic soul album that followed the prodigious success of three urban R&B LPs, all of which helped cemented her superstar status. In fall 2016, another significant metamorphosis occurred in Blige’s life, both personally and artistically.

A few months before she announced her new album, Strength of a Woman, Blige filed for divorce from her husband and manager after 12 years of marriage. Shortly after, she revealed plans for a co-headlining tour with Maxwell. With such an extensive change in her love life, after years of seemingly marital bliss, speculation about how she would channel her pain in her new music and upcoming tour appearances grew.

Ahead of hitting the road with Maxwell for their King and Queen of Hearts World Tour, Blige poured out a heap of emotions when she performed two sold-out shows at the Foxwood Resort Casino in Mashantucket, Connecticut. Both nights heard many of her standard joints, along with new songs, including “Thick of It.”

The crowd’s positive reaction to what many described as the return of old Mary vastly spread online and through word of mouth, eventually prompting her to officially release the song a week later and serve it as Strength of a Woman’s lead single.

She was able to tap back into the scorned-woman version of her prowess adored by many through the writing assistance from another open and honest diva who’s equally proficient at heartbreak and transparency: Jazmine Sullivan.

Hailing from Philadelphia, Sullivan is an artist Blige has admired since she tied fans over in 2008 with her breakthrough debut album Fearless. She introduced Sullivan to her dedicated fanbase as a special guest on her fall 2010 tour Music Saved My Life and recorded and remixed a couple of tracks together before reuniting for Blige’s 2016 single.

“Thick of It,” a DJ Camper-produced juggernaut, is sourced from a furious drum pattern and quaking bass line credited from the opening of Bay City Rollers’ 1975 classic “Give a Little Love.” Camper doesn’t deviate much from the sample, intensifying it with a trap soul finesse applied through pockets of each verse, an approach then-made current on songs by the likes of Bryson Tiller and Sullivan.

This emotionally raw track opens with Blige thoughtfully brooding if she should put up a fight for the failing relationship. She states clearly her firm stance on commitment, detailing to the song’s philandering lover that she will “be damned if all these years I let you diss me.”

Brimming with brazen hurt and agonizing questioning, Blige lays it plain on the chorus, achingly singing, “So tell me who / Who’s gonna love you like I do? (Who will you trust?) / I gave you too much / Enough is enough / Now we’re in the thick of it.”

Blige mentioned in multiple interviews that the line above wasn’t on the original version. Yes, there was another version. “This song was originally written about me fighting for my marriage,” she told NPR’s Rachael Martin in 2017. “The lyrics were completely different, and it was saying things like ‘We just don’t give up when we’re in the thick of it.’”

In an exclusive interview, Eddie Fourcell, Blige’s A&R, concurred with her statement, telling Rated R&B that it became “very necessary to do more sessions” after the divorce news broke.

“It’s therapy for her,” he explained. “I knew who and what needed to happen from then on. Now we need you to work more with Jazmine Sullivan. I need Prince Charlez more than ever right now because I knew what was going to bring the best out of her.”

The most exciting and potent part of “Thick of It” is its second verse, flowing like an unofficial fourth member of Migos, testing the limits as a present-day R&B artist. This top-tier bar of drip and rage is the highlight of Foxwood Resort Casino performances, as well as the supporting, gold-studded music video directed by Dennis Leupold.

Anticipation for Blige’s divorce album surged, and when the “Thick of It” impacted radio in fall 2016, it raced to the top of the R&B radio and Billboard charts in a four-week record time. Whitney Houston last charted Blige’s short route to the summit for the 1995 smash “Exhale (Shoop Shoop).”

By the time Blige released the album’s second single, “U + Me (Love Lesson),” in February 2017, the lead track had spent an amazing 16 consecutive week run atop the Adult R&B Airplay chart, marking her longest run. Her last comeback hit, “Be Without You,” labeled her previous highest, peaked at the top position for 14 weeks.

Blige also returned to the strong arms of the R&B/Hip-Hop Airplay chart, triumphing reaching the top five; a success she hadn’t carried out since 2010 with “I Am,” which peaked at number four.

Strength of a Woman, a set of revengeful and encouraging songs, arrived in April 2017. Fourcell had his hopes up for “Thick of It” to be among the 61st Grammy nominees, particularly in the R&B field, and up for Best R&B Song.

“I’m not saying there isn’t another song better [on the album], but I feel [‘Thick Of It’] is so 2017 to me,” he shared. “The song is an amazing record. In my opinion, it’s the best way she expressed herself written wise. From the way the hook is structured to how the whole process came about … it’s classic, but it’s still modern.”

Although the song was left out of the pool of nominations at the annual ceremony, and she is far removed from the toxic situation, Blige proved yet again that she could seamlessly evolve with the times and produce another staple to her extensive repertoire of classics and fan favorites.

Revisit Mary J. Blige’s “Thick of It” below.