The tour launches on March 11 in Atlanta. 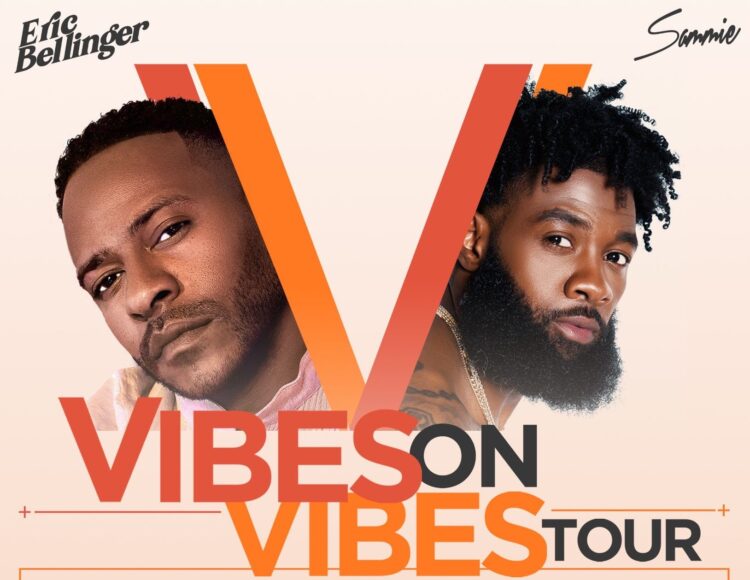 Eric Bellinger is about to embark on a co-headlining tour this spring with Sammie, following his first proper album, New Light.

The 27-date Vibes On Vibes Tour, packaged by Major Connect Live, begins on March 11, in Atlanta, Georgia, at Center Stage Theater. It will wrap up on April 19, at Saturn in Birmingham, Alabama. All dates in between are in the U.S.

Tickets will be available for pre-sale through Spotify on Jan. 12, at 10 a.m. EST before going on sale everywhere on Jan. 14, at the same time.

Bellinger’s New Light was acknowledged with a 2022 Grammy nomination for Best Progressive R&B Album, marking his first as a solo artist. The set also was among Rated R&B’s 30 Best R&B Albums of 2021 list.

He performed the LP’s focus track “What About Us,” which features Sevyn Streeter, on a recent taping of The Kelly Clarkson Show.

In November, Bellinger appeared on Snoop Dogg’s recently-released project Snoop Dogg Presents Algorithm on a track (“New Oldie”) that featured Usher. He followed with an acoustic-driven project that consisted of songs from New Light.

As for Sammie, he shared an inspirational EP titled 3:33 last August. A year prior, he dropped his album Such Is Life…, which featured appearances from Tank and Rotimi.