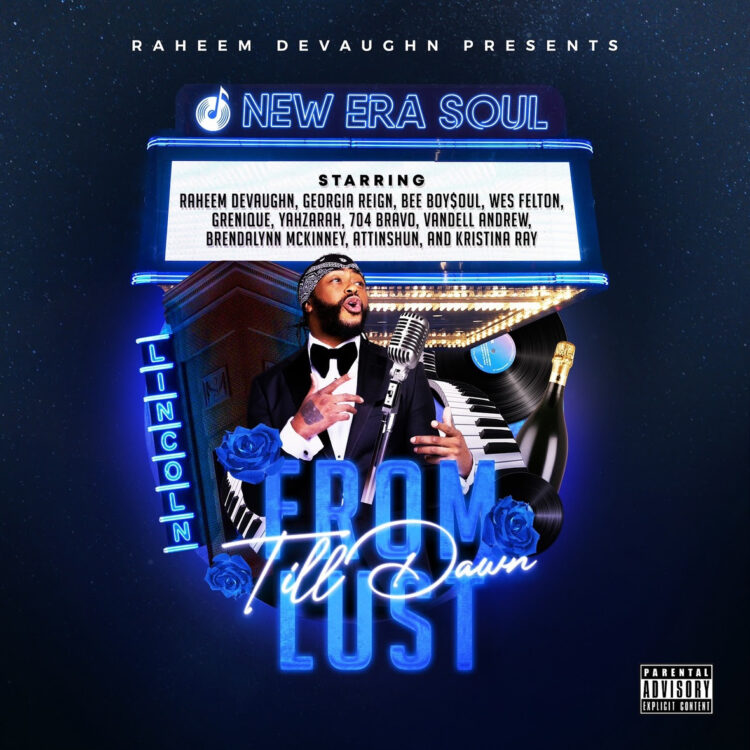 “I want to be known and have a name for being a contributor to the culture of R&B and soul music, not just though my music but it could be through my penmanship, through songs that I write or artists I’ve discovered…not only in the D.C. area, but artists from different parts of the country and the world,” says DeVaughn, who describes the project as “R&B radio show-meets-summer-cookout-mixtape.”

The self-proclaimed Love King also contributed songs to the album. The mid-tempo “If I Don’t” is among the album’s standouts.

From Lust Till Dawn should hold over fans as DeVaughn preps his next album, which will follow 2019’s The Love Reunion. While it’s been nearly three years since DeVaughn’s last proper album release, he hasn’t been stingy with sharing music. Over the last couple of years, he has released collaborative albums, including What A Time To Be In Love with The Colleagues (2020) and Lovesick with Apollo Brown (2021).

Stream Raheem DeVaughn’s From Lust Till Dawn album below.