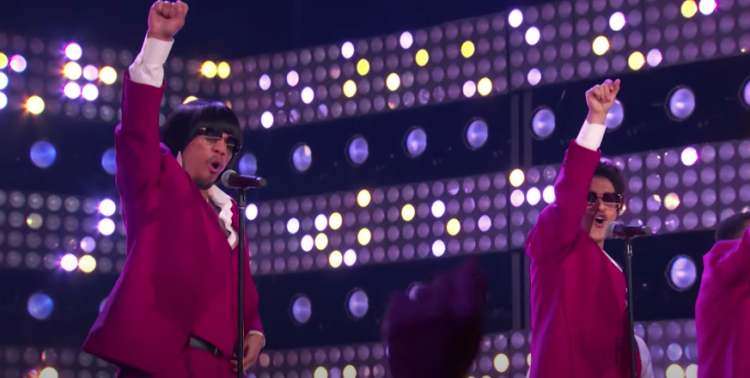 Behind a shimmering backdrop, Silk Sonic, clad in their now trademark red suits, brought the swag and dance moves as a quartet alongside their throwback background vocalists and band.

Silk Sonic reigned as one of the big winners this evening. They took home Top R&B Song for “Leave The Door Open.”

Before grooving audiences and snatching more trophies tonight, Silk Sonic announced additional dates for their Las Vegas residency at Dolby Live at Park MGM. The series of concerts, originally slated to end on May 29, will resume Aug. 3 before concluding on Aug. 19. Tickets for the new dates are available now.

In April, Silk Sonic triumphed at this year’s Grammys, winning all four awards for which they were nominated. “Leave The Door Open,” their breakthrough single, took top honors in the general field, including Record and Song of the Year.

The single, co-produced by Mars and D’Mile, also accounted for victories in the Best R&B Performance and Best R&B Song categories.

Beyond “Leave The Door Open,” Silk Sonic dished out two other solid singles: “Skate” and “Smokin’ Out The Window.” Like the lead single from their astonishing debut album, An Evening With Silk Sonic, the latter track topped the R&B charts.

An Evening With Silk Sonic was released in late 2021 and had a near-constant presence on many year-end lists, including Rated R&B. The album ranked at No. 7 on Rated R&B’s Best R&B Albums of 2021 list. 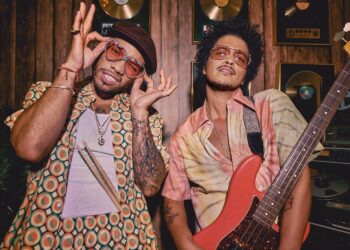 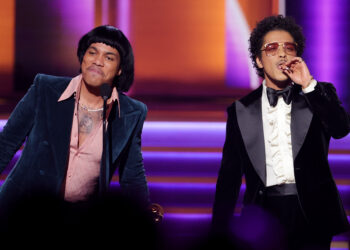