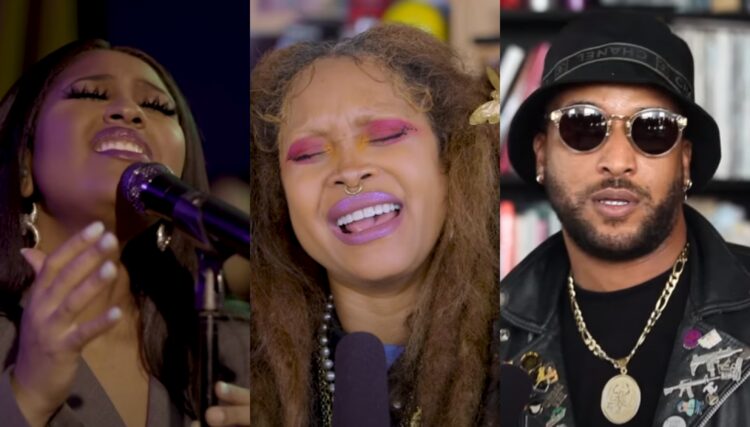 NPR had the right idea when they booked Usher to round out their series of Black Music Month concerts. Undoubtedly, Usher’s debut Tiny Desk concert was a worldwide event with the culture that endowed him as one of the premier voices in R&B in the front row at home.

In under 25 minutes and across a unified selection of five songs, Usher confirmed a few debating points. Usher first produced proof that he admired new era R&B, giving its current acts, Vedo and Eric Bellinger, a platform to flex their vocal prowess and for new visibility.

With solid records and soaring vocals, Usher confirmed his legacy for those who had any suspicion that he couldn’t compete in a Verzuz battle with his walking tributes.

And if the massive views of his set indicate anything, it’s that Usher’s return to one of the most anticipated. Sales for his next album could do remarkable numbers, even in today’s climate.

Usher already had a big jump in streams following his performance, with enough emphasis on his 2004 album Confessions that it reentered the Billboard 200.

Watching Usher’s Tiny Desk concert stirred up the urge to go down a rabbit hole and binge-watch past shows headed by R&B acts, new and established.

If you’re anything like Rated R&B, you likely did the same. If not, we compiled a list of 15 Tiny Desk concerts by R&B and soul stars to revisit.

Our Shea Butter Baby. It’s no wonder why her debut album was the best R&B album of 2019 by Rated R&B.

One of the best gifts to come from the global shutdown. Brilliant all around.

Cut the lights down low and embrace the warm mellow vibes of dvsn. You won’t regret it.

Grab some incense, snap your fingers and sway along to Ms. Badu.

A falsetto king in his own right. Put some respect on him.

Those who think Lalah Hathaway is underrated are right. So is this marvelous set.

Anyone who needs a definition of less is more should refer to this performance. Truly phenomenal.

Miguel’s ability to command an audience with just his voice and a guitar is talent folks.

Respectively, out of his two appearances, this one is top tier for musical reasons.

A music genius who set the precedent for R&B and soul acts to be booked for Tiny Desk.

You have the go-head to indulge in this stunning performance. More than once, too.

Ladies and gentlemen, we’re in the presence of greatness.

Smooth, animated, and thoughtfully musically — all are ways to describe Tank and the Bangas’ spectacular, prize-winning set.

The day the world found out T-Pain could sing — without autotune.