It includes their chart-topping title track, which features Beyoncé. 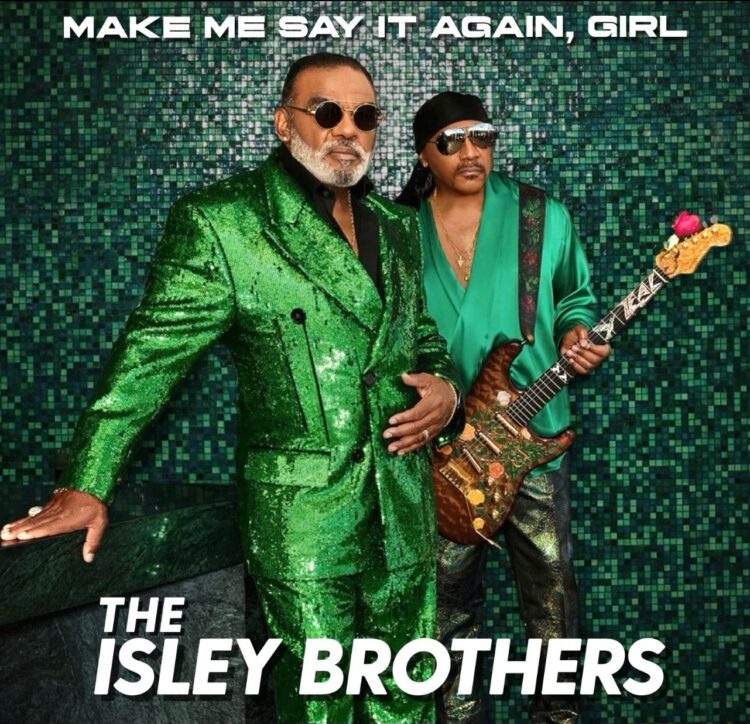 The Isley Brothers are back. The legendary R&B group has released their new album, Make Me Say It Again, Girl via RI Top Ten.

The album includes the lead single “Friends and Family” featuring Snoop Dogg and its follow-up, “Make Me Say It Again, Girl” featuring Beyoncé. The latter tune, which is a reimagined version of their 1975 classic, recently peaked at No. 1 on Billboard’s Adult R&B Airplay chart.

Of their new album, Ronald Isley told Billboard, “For me, this new album is almost like the beginning. I’m so happy about it. But I also want people to hear it and decide. I remember when I couldn’t wait for people to hear ‘That Lady’ when we were mixing it. That’s how excited we all were. You just want all of your fans to hear it too.”

He also shared a sweet story about everyone’s reaction to their remake. “Beyoncé’s mother texted us to say how much they were crying over the record when Beyoncé played it for them,” he said before admitting that he also shed some tears, along with his wife Kandy and her sister.

“Me, Kandy and her sister were together when we first heard it and they were crying. Then Ernie and his wife came over and there was crying again. We hadn’t done any crying over a record in years [laughs],” he said.

Make Me Say It Again, Girl is the follow-up to their 2017 album, Power of Peace, a joint project with Carlos Santana.

Stream The Isley Brothers’ new album Make Me Say It Again, Girl below.