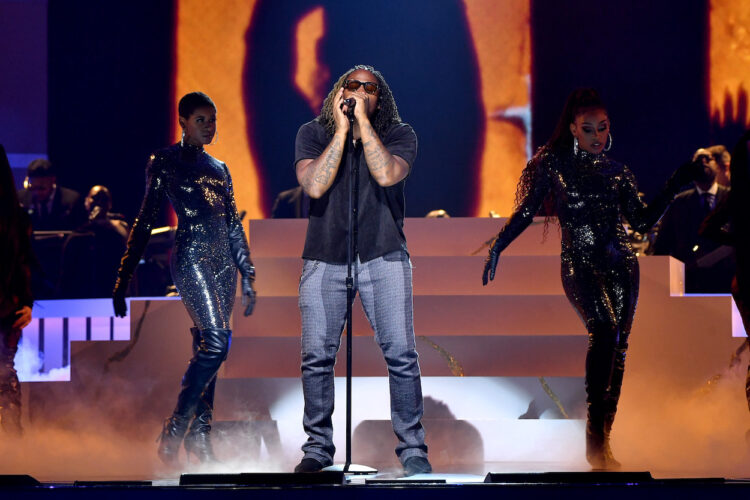 SiR is well on his way. The Inglewood, California, native sang “Nothing Even Matters” from his long-awaited third album, Heavy, at the 2022 Soul Train Awards.

Styled in a short-sleeve black velvet top and decorative slacks, SiR had one point to prove: his mic was on.

When he wasn’t flexing his soul range amongst a bounty of Black women onstage, SiR stepped into the audience to spotlight an R&B diva, Ari Lennox.

“Nothing Even Matters” is among SiR’s trending songs on Spotify. Produced by SamTRax, the D’Angelo-influenced track has garnered over four million streams since it was released Sept. 23 via Top Dawg Entertainment/RCA Records.

Moreover, the official video, directed by Loris Russier, has exceeded more than one million views.

Noted earlier, “Nothing Even Matters” will appear on SiR’s upcoming album Heavy, which has yet to receive a release date. Two other singles preceded it, including the lead single “Satisfaction” and “Life Is Good,” featuring Scribz Riley.

Heavy will follow SiR’s 2019 sophomore album, Chasing Summer. In a spring interview with Rated R&B, he unlocked the theme behind his next work.

“It’s different for me. It’s not Chasing Summer. We did a great job being in the moment with [Chasing Summer] and trying to give the fans something that was me at the time. In this next project, we’re doing the same thing, but in a different way,” SiR shared.

“I’m in a different space mentally, physically, and spiritually. It’s going to be enlightening and tell a side of my life that people haven’t heard yet. So many things have changed with me. It’s going to be nice to reintroduce myself to the world and my fans.”

Watch SiR perform “Nothing Even Matters” at the 2022 Soul Train Awards below.